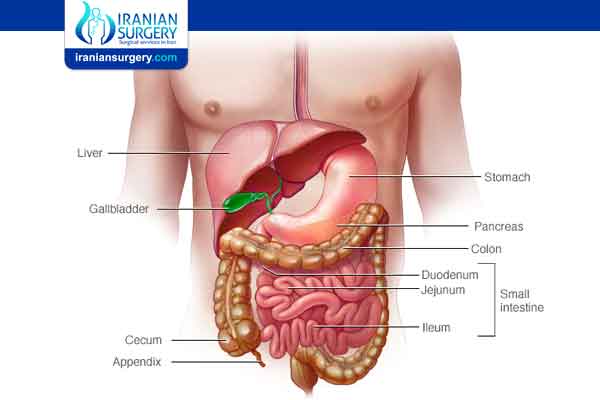 What is the life expectancy of someone with Crohn's disease?

What are the 5 types of Crohn's disease?

How serious is Crohn's disease?

Can Crohn's disease be cured?

The inflammation caused by Crohn's disease often spreads deep into the layers of affected bowel tissue. Crohn's disease can be both painful and debilitating, and sometimes may lead to life-threatening complications.

While there's no known cure for Crohn's disease, therapies can greatly reduce its signs and symptoms and even bring about long-term remission. With treatment, many people with Crohn's disease are able to function well.

Read more about: Side Effects of Deep Brain Stimulation (DBS)

Signs and symptoms of Crohn's disease can range from mild to severe. They usually develop gradually, but sometimes will come on suddenly, without warning. You may also have periods of time when you have no signs or symptoms (remission).

When the disease is active, signs and symptoms may include:

Other signs and symptoms

See your doctor if you have persistent changes in your bowel habits or if you have any of the signs and symptoms of Crohn's disease, such as:

Read more about: What are the 5 stages of Parkinson disease

Can Crohn's disease kill you?

According to the Crohn's & Colitis Foundation, a person with Crohn's is unlikely to die from the disease. The range of severity for Crohn’s is mild to debilitating. Symptoms vary and can change over time. In severe cases, the disease can lead to life-threatening flares and complications.

What is the life expectancy of someone with Crohn's disease?

Crohn’s disease is a chronic condition. This means that, although it is treatable, there is currently no cure.

You have Crohn’s disease. Maybe you’ve had it for a long time, or maybe you’ve just been diagnosed. You’ve heard and read a lot about it, but you don’t really know what to expect.

The first thing to do is ask your doctor. They can help you understand your condition and provide answers to your questions. It’s a good idea to learn all you can about it.

You have Crohn’s disease. Maybe you’ve had it for a long time, or maybe you’ve just been diagnosed. You’ve heard and read a lot about it, but you don’t really know what to expect.

The first thing to do is ask your doctor. They can help you understand your condition and provide answers to your questions. It’s a good idea to learn all you can about it.

What Happens to Your Body?

Crohn’s disease is a type of inflammatory bowel disease. That means that your body’s immune system attacks and damages your bowel or gastrointestinal system.

It’s a chronic, meaning long-term, condition that gets in the way of your body’s ability to take in important nutrients. It can also affect the way you digest food and get rid of waste.

Crohn’s can involve any part of your gut. But the ileum, the last part of your small intestine, is most commonly affected.

Because of inflammation, you might have some of these symptoms:

Other parts of your body, like your joints, skin, or eyes, can be affected, too.

Symptoms can come and go. You may have periods of time when you feel fine. These times might be followed by flare-ups of the condition.

Remission also is possible. With Crohn’s, remission is sometimes thought to take place when symptoms go away and ulcers in the colon begin to heal.

Pain usually begins within an hour after eating and is most often concentrated around the navel, the lower right abdomen, or both. Mild abdominal swelling or bloating is also common in Crohn’s disease and may be related to food choices.

However, if you have localized swelling that is painful, or accompanied by fever or redness of the skin, you should get immediate medical care. This can be a sign of an intestinal blockage, an abscess, or a significant infection.

What are the 5 types of Crohn's disease?

Most people with Crohn’s disease suffer from ileocolitis. This form of Crohn’s disease causes inflammation and irritation of the ileum (the lower part of the small intestine) and colon. Those with ileocolitis may experience symptoms such as:

Like ileocolitis, ileitis causes inflammation and irritation of the ileum. The symptoms for ileitis are the same as those for ileocolitis. People with ileitis may also develop fistulas (inflammatory abscesses) in the lower-right section of the abdomen.

Gastroduodenal Crohn’s disease affects the stomach and duodenum (the first part of the small intestine). Those with this form of Crohn’s disease often experience nausea, lack of appetite, and weight loss.

People who have gastroduodenal Crohn’s disease may also vomit if small parts of the bowel become blocked. This is because of intestinal inflammation.

Jejunoileitis occurs in the jejunum, or the second part of the small intestine, where it causes areas of inflammation. Those with jejunoileitis may experience symptoms including:

This type of Crohn’s disease affects the colon, which is the main part of the large intestine. It can cause fistulas, ulcers, and abscesses to form around the anus. It can also cause symptoms including:

How serious is Crohn's disease?

Crohn’s disease in and of itself is not usually life-threatening, although it can cause serious or fatal complications, which include the following:

Appropriate treatment can augment the possibility of a good recovery.

Can Crohn's disease be cured?

There's currently no cure for Crohn's disease, but treatment can control or reduce the symptoms and help stop them coming back.

Medicines are the main treatments, but sometimes surgery may be needed.

1What are the first signs of Crohn's disease?
Other early signs and symptoms of Crohn's disease include: loss of appetite. fever. tiredness. nausea. eye pain or redness. aching or painful joints. bloody stool. tender, red bumps on the skin.
2Can Crohn's disease kill you?
The range of severity for Crohn's is mild to debilitating. Symptoms vary and can change over time. In severe cases, the disease can lead to life-threatening flares and complications.
3How do you get Crohn's disease?
One cause of Crohn's disease may be an autoimmune reaction—when your immune system attacks healthy cells in your body. Experts think bacteria in your digestive tract can mistakenly trigger your immune system. This immune system response causes inflammation, leading to symptoms of Crohn's disease.
4What are the 5 types of Crohn's disease?
The five types of Crohn's disease and their symptoms are: Ileocolitis: This is the most common type of Crohn's disease. It affects the small intestine, known as the ileum, and the colon.
5What does a Crohn's flare feel like?
Symptoms like bleeding and cramps are frightening and may lead to increased levels of stress and anxiety. This, in turn, can contribute to flare-ups. Other symptoms like diarrhea and constipation are often embarrassing to talk about and may make someone experiencing a flare-up feel isolated and alone.
6Does Crohn's disease make you smell?
People who have inflammation in their colon from Crohn's disease, ulcerative colitis, or an acute infection experience significant shifts in the composition of their gut bacteria—changes that I can smell even before I insert a scope to examine the colon. Body odors are not always a sign of bad health.
7What happens if Crohns is left untreated?
Left untreated, Crohn's spreads throughout the intestinal tract, causing more severe symptoms and a bleaker prognosis. ... Fistulas can result from Crohn's disease permeating the intestinal wall, leaving an opening or "hole" in the intestinal tract. This is one of the most serious complications of Crohn's.
8Is Crohn's disease sexually transmitted?
No. You cannot "get" Crohn's disease from another person. However, it may spread in an individual's gastrointestinal tract. The cause of the spread is usually due to whatever factors precipitated the inflammatory bowel disease.
9Is Crohn disease hard to live with?
Chronic conditions are ongoing and long term. Studies show that people with Crohn's disease usually have the same life expectancy as people without Crohn's disease. It is important to remember that most people who have Crohn's disease lead full, happy, and productive lives.
10What triggers Crohn's?
The exact cause of Crohn's disease remains unknown. Previously, diet and stress were suspected, but now doctors know that these factors may aggravate but don't cause Crohn's disease. A number of factors, such as heredity and a malfunctioning immune system, likely play a role in its development.