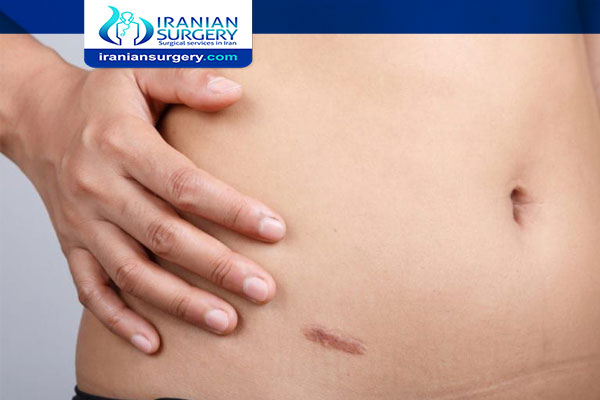 After a laparoscopic appendectomy

Can appendicitis kill you?

Appendix is a small worm like structure attached to the cecum, the beginning of the colon, on the lower right side of abdomen. During first few years of life, appendix functions as part of the immune system, but after that it does not have any known function. Sudden inflammation of appendix is known as Appendicitis- and if you are able to recognize its symptoms, you can prevent serious appendicitis complications from occurring. The most serious complication of appendicitis is an infection of the lining of your abdominal cavity (peritonitis). This may occur if your appendix ruptures (perforates) and the contents of your intestines and infectious organisms invade the peritoneal cavity. Peritonitis is a medical emergency requiring immediate appendix treatment via surgery.

The appendix is a narrow, small, finger-shaped portion of the large intestine that is generally situated near junction of small and large intestine (Cecum) on lower right side of the abdomen.

Read more about: laparotomy and laparoscopy

Appendicitis is a sudden inflammation of the appendix. Although the appendix does not seem to serve any purpose, but if left untreated, it can burst, or cause infection. It primarily occurs when the interior of the appendix becomes filled with something like mucus, bacteria, foreign materials, parasites or hard stools. This causes swelling in the appendix, thereafter leading to irritation and inflammation. Appendix may perforate, allowing stool, mucus, and other substances to leak through and get inside the abdomen causing localized abscess or generalised infection of abdomen (peritonitis).

You’ll need to avoid eating and drinking for at least eight hours before the appendectomy. It’s also important to tell your doctor about any prescription or over-the-counter medications you’re taking. Your doctor will tell you how they should be used before and after the procedure.

You should also tell your doctor if you:

You should also arrange for a family member or friend to drive you home after the procedure. An appendectomy is often performed using general anesthesia, which can make you drowsy and unable to drive for several hours after surgery.

Your doctor may order blood tests and imaging tests if appendicitis is caught early. However, these tests may not be performed if your doctor believes an emergency appendectomy is necessary.

Before the appendectomy, you’ll be hooked up to an IV so you can receive fluids and medication. You’ll likely be put under general anesthesia, which means you’ll be asleep during surgery. In some cases, you’ll be given local anesthesia instead. A local anesthetic numbs the area, so even though you’ll be awake during the surgery, you won’t feel any pain.

In general terms, the procedure for an open appendectomy is:

These incisions are placed for appendectomy:

After a laparoscopic appendectomy

Over the past decade, the outcomes of laparoscopic appendectomies have compared favorably to those for open appendectomies because of decreased pain, fewer postoperative complications, shorter hospitalization, earlier mobilization, earlier return to work, and better cosmesis. However, despite these advantages, efforts are still being made to decrease abdominal incision and visible scars after laparoscopy. Recent research has led to the development of natural orifice transluminal endoscopic surgery (NOTES). However, numerous difficulties need to be overcome before a wider clinical application of NOTES is adopted, including complications such as the opening of hollow viscera, failed sutures, a lack of fully developed instrumentation, and the necessity of reliable cost-benefit analyses.

Many surgeons have attempted to reduce incisional morbidity and improve cosmetic outcomes in laparoscopic appendicectomy by using fewer and smaller ports. Kollmar et al. described moving laparoscopic incisions to hide them in the natural camouflages like the suprapubic hairline to improve cosmesis. Additionally, reports in the literature indicate that minilaparoscopic appendectomy using 2– or 3-mm or even smaller instruments along with one 12-mm port minimizes pain and improves cosmesis. More recently, studies by Ates et al. and Roberts et al. have described variants of an intracorporeal sling-based single-port laparoscopic appendectomy with good clinical results.

Also, a trend is increasing towards single-incision laparoscopic surgery (SILS), using a special multiport umbilical trocar. With SILS, a more conventional view of the field of surgery is seen compared to NOTES. The equipment used for SILS is familiar to surgeons already doing laparoscopic surgery. Most importantly, it is easy to convert SILS to conventional laparoscopy by adding a few trocars; this conversion to conventional laparoscopy is called 'port rescue'. SILS has been shown to be feasible, reasonably safe, and cosmetically advantageous, compared to standard laparoscopy. However, this newer technique involves specialized instruments and is more difficult to learn because of a loss of triangulation, clashing of instruments, crossing of instruments (cross triangulation), and a lack of maneuverability. Also, the additional problem of decreased exposure and the added financial burden of procuring special articulating or curved coaxial instruments exist. SILS is still evolving, being used successfully in many centres, but with some way to go before it becomes mainstream. This limits its widespread use, especially in rural or peripheral centres with limited resources.

Scar and bruise 2 days after operation

Recovery time from the operation varies from person to person. Some take up to three weeks before being completely active; for others, it can be a matter of days. In the case of a laparoscopic operation, the patient has three stapled scars of about an inch (2.5 cm) in length, between the navel and pubic hair line. When an open appendectomy has been performed, the patient has a 2– to 3-inch (5–7.5 cm) scar, which will initially be heavily bruised.

Can appendicitis kill you?

Once the appendicitis symptoms appear, it can take as little as 24 to 72 hours for the infected appendix to rupture. If the appendix ruptures, the infection can spread to other areas of the abdomen, increasing the risk of serious complications and making treatment more difficult. With significant inflammation, pressure, and cell death, the appendix may burst. When the appendix bursts, the bacteria and pus leak into the abdomen. When this spillage occurs, it can cause peritonitis, which can be fatal without rapid treatment.

Can a ruptured appendix kill you?

Without surgery or antibiotics (as might occur in a person in a remote location without access to modern medical care), more than 50% of people with appendicitis die. For a ruptured appendix, the prognosis is more serious. Decades ago, a rupture was often fatal.

How long do you stay in the hospital after appendix surgery?

One of the main advantages of keyhole surgery is the recovery time tends to be short and most people can leave hospital a few days after the operation. If the procedure is carried out promptly, you may be able to go home within 24 hours.

With open or complicated surgery (for example, if you have peritonitis) it may take up to a week before you're well enough to go home. For the first few days after the operation it's likely you'll have some pain and bruising. This improves over time, but you can take painkillers if necessary.

Before leaving hospital, you'll be advised about caring for your wound and what activities you should avoid.

How serious is appendix surgery?

There is a small risk of an abscess (collection of pus/bacteria) following surgery if the inflammation of the appendix is severe at the time of surgery. This may require further treatment.

Most complications from appendectomy are rare, which means they almost never happen. An appendectomy is a fairly simple and common procedure. However, there are some risks associated with the surgery, including:

It’s important to note that the risks of an appendectomy are much less severe than the risks associated with untreated appendicitis. An appendectomy needs to be done immediately to prevent abscesses and peritonitis from developing.

How long does appendix surgery take to do?

The surgery will take about 1 hour. During an open appendectomy, a surgeon makes one incision in the lower right side of your abdomen. Your appendix is removed and the wound is closed with stiches.

Is an appendectomy a major surgery?

An appendectomy is a major abdominal surgery that can lead to some complications, an appendectomy is a common surgical procedure that doctors can usually perform using keyhole surgery, also called laparoscopic surgery. This procedure is less invasive than open surgery.

Do and don'ts after appendix surgery?

Avoid strenuous activities, such as bicycle riding, jogging, weight lifting, or aerobic exercise, until your doctor says it is okay. You may be able to take showers (unless you have a drain near your incision) 24 to 48 hours after surgery.

You can eat your normal diet. If your stomach is upset, try bland, low-fat foods like plain rice, broiled chicken, toast, and yogurt. Drink plenty of fluids (unless your doctor tells you not to). You may notice that your bowel movements are not regular right after your surgery.

1How long does an appendectomy surgery take?
Fast Facts about Laparoscopic Appendectomy Your child's surgery will be done under general anesthesia (an-es-THEEZ-ya), which means that he or she will be asleep during the surgery. Your child will most likely go home within 24 to 36 hours after the surgery.
2How long do you stay in the hospital after appendix surgery?
1 to 3 days You will stay in the hospital 1 to 3 days after the operation. In most cases you should be able to go back to your normal daily activities in 1 to 3 weeks. If your appendix ruptured or an abscess formed, you will need to stay at the hospital longer and it will take more time to recover.
3What are the side effects of having your appendix removed?
If the appendix bursts, it is likely that the individual will also have a high fever and severe pain in the abdominal area. Surgery is the most common treatment for appendicitis. ... When is an appendectomy needed? appetite loss. diarrhea. fever. frequent urination. nausea. painful urination. vomiting.
4Can you recover from appendicitis without surgery?
Antibiotics May Cure Appendicitis Without Surgery. ... Most appendicitis cases are uncomplicated, which simply means the organ hasn't ruptured, so they can be treated with antibiotics. Only when the appendix looks like it may burst immediately is an operation necessary.
5What kind of food causes appendicitis?
It is the most common disease which requires emergent surgery. The obstruction of appendix lumen is the main cause of appendicitis. Basically fecalith, lymphoid hyperplasia, seeds of fruits and vegetables, barium obturator, and tumors of large intestine and appendix can be found as etiology of acute appendicitis.
6Is an appendectomy a major surgery?
Appendicitis is one of the most common surgical problems. One out of every 2,000 people has an appendectomy sometime during their lifetime. Treatment requires an operation to remove the infected appendix. Traditionally, the appendix is removed through an incision in the right lower abdominal wall.
7How long is hospital stay for appendix removal?
Most people leave the hospital in 1 to 2 days after surgery. You can go back to your normal activities within 2 to 4 weeks after leaving the hospital. If you had laparoscopic surgery, you will likely recover quickly. Recovery is slower and more complicated if your appendix has broken open or an abscess has formed.
8What can you not do after appendix surgery?
You can eat your normal diet. If your stomach is upset, try bland, low-fat foods like plain rice, broiled chicken, toast, and yogurt. Drink plenty of fluids (unless your doctor tells you not to). You may notice that your bowel movements are not regular right after your surgery.
9Is an appendectomy outpatient surgery?
Most appendix surgery (appendectomy) is performed as an urgent or emergency surgery. Some people may have already perforated their appendix and usually have surgery delayed and done as an outpatient procedure (elective surgery or interval appendectomy).
10Can appendicitis kill you?
When A Burst Appendix Doesn't Kill You. First, the warning label for this story: A perforated appendix can kill you. If you experience symptoms of appendicitis, particularly sharp pain in the lower right area of your abdomen, get prompt medical care.