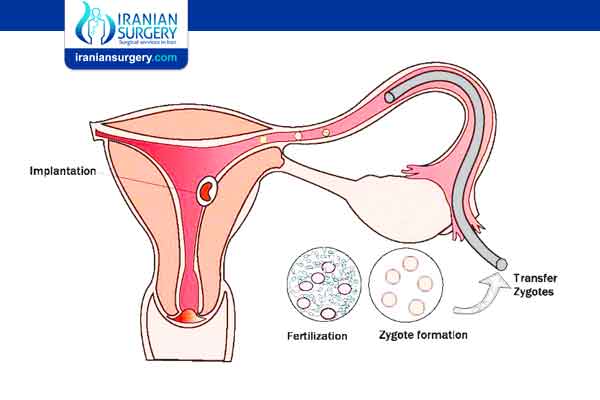 The steps of the ZIFT procedure

Disadvantages of the ZIFT method

What are the advantages of ZIFT?

The method of embryo transfer to the uterus or ZIFT is similar to the IVF or gift method, except that in the ZIFT method the doctor fertilizes the eggs before transferring the eggs to the uterus. Fertilized eggs are called egg cells or zygotes, which is the same single-cell embryo before dividing into several cells. The ZIFT method is one of the methods of aggressive infertility treatment and its use is not common. Here's how you can get acquainted with ZIFT infertility treatment.

Read more about: What Is the Meaning Of Zift

If other treatments are unsuccessful and the woman has at least one open uterine tube, ZIFT is a good way to increase the chance of fertility. The superiority of the ZIFT method over the gift method is that the eggs are fertilized before being transferred to the uterus. In this way, the growing embryo reaches the uterus itself. If you have the following problems, your doctor may prescribe ZIFT:

If male sperm count is too low or fertilization is difficult during the previous IVF period, ZIFT can be performed with microinjection, which increases the chance of fertilization by direct injection of sperm into the egg.

Read more about: Difference between zift and gift

The steps of the ZIFT procedure

The stages of ovulation induction and fertilization in the ZIFT method are similar to that of the IVF method, but are then transplanted into the uterine tubes in the embryo ZIFT method instead of the uterus. The steps to perform the ZIFT procedure are as follows:

Ovarian Stimulation: Stimulation of the ovaries occurs with the use of certain medications in the first few days of the month, leading to the production of several mature eggs and preventing premature release of the eggs.

Follicular Growth: When taking these medications, you should see your doctor every two to three days for blood tests and ultrasound to have your hormone levels checked and follicles growth rate.

Puncture or ovulation: When the eggs are ready for extraction, the doctor at the hospital first examines the follicles using vaginal ultrasound and after identifying the appropriate follicles, inserting a narrow needle through the vaginal wall, about five to four eggs from the vagina. Into the follicles.

Fertilization: At this stage, a laboratory psychologist combines the eggs with the sperms and monitors fertilization closely. About one day later, each fertilized egg turns into a single-celled embryo called the zygote. Fertilization may be performed by microinjection. The next steps of the ZIFT method are different from the IVF method, which follows:

Embryo implantation: If successful above, a zygote grows and enters the uterus through the cervix and implants in the uterine wall. The embryo continues to grow after implantation and becomes an embryo. If more than one zygote is transmitted, the chance of pregnancy increases, but the probability of two or more pregnancies increases.

Pregnancy Test: Two weeks after laparoscopy, you can be sure you are pregnant using a pregnancy test.

Depending on the cause of infertility of each couple and their age, the results obtained by the ZIFT method will be quite different. Younger women usually get better results because of healthier eggs. The statistics of the ZIFT courses that give birth to at least one infant is similar to those of the IVF method. Because in the ZIFT method, fertilized or zygote eggs are transferred to the uterine tubes, they have an advantage over the gift method.

Disadvantages of the ZIFT method

Although this treatment, like other fertility treatments, increases the chance of fertility, it also has its disadvantages. Here are some of the drawbacks and disadvantages of this method:

Time-consuming: It takes a long time to monitor how your body responds to medications, and you should see your doctor many times for blood tests and ultrasound.

Not Available: Many fertility clinics do not offer this method.

Need for Surgery: Unlike the IVF method, zigzag surgery requires invasive surgery in the uterine cavity.

Multiple Pregnancy: In this method, because more than one zygote is usually implanted in the uterus, two or more pregnancies are more likely, and although many couples consider this a blessing, being pregnant is a risk of miscarriage and other pregnancies. Increases complications.

Other Side Effects: Like IVF, the risk of preterm birth or a newborn weighing less than normal is also high. If your body responds too well to fertility drugs, you may have ovarian hyperstimulation syndrome (ohss). Although all assisted reproductive procedures have a risk of ectopic pregnancy, the risk is higher in the ZIFT method.

What are the advantages of ZIFT?

Read more about : How painful are IVF injections?

1What is gift in infertility treatment?
Gamete intrafallopian transfer (GIFT) is a tool of assisted reproductive technology against infertility. Eggs are removed from a woman's ovaries, and placed in one of the Fallopian tubes, along with the man's sperm.
2What is ZIFT technique?
Zygote intrafallopian transfer (ZIFT) is an infertility treatment used when a blockage in the fallopian tubes prevents the normal binding of sperm to the egg. Egg cells are removed from a woman's ovaries, and in vitro fertilised. The resulting zygote is placed into the fallopian tube by the use of laparoscopy.
3What is the difference between IVF and ZIFT?
While in traditional IVF the embryos are observed and raised in a laboratory for 3 to 5 days, in ZIFT, the fertilized eggs -- at this stage called zygotes -- are placed in the fallopian tubes within 24 hours. ... In ZIFT, the eggs are placed in the fallopian tubes rather than directly in the uterus.
4WHAT IS GIFT and ZIFT procedures?
Zygote intrafallopian transfer (ZIFT) combines in vitro fertilization (IVF) and GIFT. Eggs are stimulated and collected using IVF methods. Then the eggs are mixed with sperm in the lab. Fertilized eggs (zygotes) are then laparoscopically returned to the fallopian tubes where they will be carried into the uterus.
5What is the success rate of gift?
Younger women usually have healthier eggs and higher success rates. After using GIFT, the average pregnancy rate is about: 37 percent for women age 38 and younger. 24 percent for women age 39 and older.
6What is Zift fertility treatment?
Zygote intrafallopian transfer (ZIFT) is similar to in vitro fertilization (IVF) and GIFT, but in this procedure eggs are fertilized in a lab before a doctor places them inside your fallopian tubes. ... ZIFT is the most invasive of all fertility treatments, which is why it's rarely done anymore.
7What is the difference between GIFT and ZIFT?
The main difference between ZIFT and GIFT is that ZIFT transfers a fertilized egg directly into the fallopian tubes while GIFT utilizes a mixture of sperm and eggs.
8Why is Zift used?
ZIFT: Stands for zygote intrafallopian transfer, a method used to treat infertility in which an egg fertilized in vitro (outside the body) is placed into a woman's fallopian tube. This technique is one used to overcome infertility, the inability of couples to produce offspring on their own.
9What is art IVF?
Assisted reproductive technology (ART) is used to treat infertility. It includes fertility treatments that handle both a woman's egg and a man's sperm. ... In vitro fertilization (IVF) is the most common and effective type of ART. ART procedures sometimes use donor eggs, donor sperm, or previously frozen embryos.
10Can an embryo be removed and frozen?
No matter the method used, frozen embryos are effectively suspended in time. All biological activity within the embryo is stopped, including cell growth or death. When needed, embryos are slowly thawed and soaked in fluids to remove cryoprotectants and to restore water within cells.