Which Surgery Is Easier Male to Female or Female to Male? 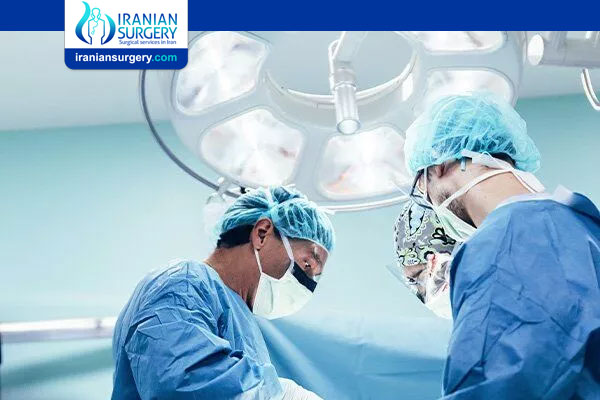 Which Surgery Is Easier Male to Female or Female to Male?

There are several types of gender-affirming surgeries that are available to transgender men and some nonbinary people who want to undergo genital surgery, also known as gender affirmation surgery and "bottom surgery." The 2015 U.S. Transgender Survey found that approximately 50% of transgender men wanted or had undergone such a surgery.

Metoidioplasty is the creation of a phallus (penis) from the hormonally-enlarged clitoris. The clitoris naturally enlarges when a person begins to take testosterone. During a metoidioplasty, the clitoral ligaments are detached, which allows the clitoris to lengthen and drop into a position similar to that of a natal phallus.

On average, the created phallus is between 5 and 7 centimeters long, which may or not be sufficient to penetrate a partner sexually. (Depending on the individual, this is not always a concern.) A plastic surgeon then sculpts the head of the clitoris to more closely resemble the glans penis at the same time, the labia can be reshaped into a scrotum (scrotoplasty), with or without testicular prostheses.

Phalloplasty is the construction of a neophallus or reconstruction of a penis. This procedure is used to create a phallus in gender confirmation surgery. It is also used to repair the penis in cases of trauma, cancer, congenital defects, and other issues.

Phalloplasty requires multiple surgeries to complete the process and can result in numerous complications, although most of them are relatively minor and fixable. The surgery has decreased in frequency in favor of metoidioplasty, which is a more recently developed procedure.

There are advantages and disadvantages to both metoidioplasty and phalloplasty. It's important for trans individuals to discuss their interests and priorities with their surgeon during the early consultation phase. Many people who choose metoidioplasty are happy with the outcome of their surgery. However, depending on surgical goals, as well as body composition and structure, it is not always the best choice.

Some advantages of metoidioplasty over phalloplasty include:

. It has lower complication rates and requires fewer procedures, even with urethroplasty.

. It does not result in large scars that may be considered stigmatizing. The scars left by the most common phalloplasty technique (using a skin flap from the arm or groin) are large and recognizable to anyone who knows what to look for. For some, that is not an issue. For others, it may be a significant drawback.

. Metoidioplasty usually has a slightly lower risk of complications than phalloplasty, although both procedures have high frequencies of side effects, most of which are relatively minor.

. The phallus created by metoidioplasty has natural erectile function, and there is no need for a penile prosthesis.

Some advantages of phalloplasty over metoidioplasty include:

. Patients are more likely to be able to sexually penetrate their partners, although erectile rods are needed to achieve an erection.

. The phallus is significantly larger than those created through metoidioplasty, although the drawback is the lack of erogenous sensation.

. Some people feel that this surgery creates more natural-looking genitalia.

For transmasculine individuals who initially choose metoidioplasty, it is possible to later undergo a phalloplasty. This is true regardless of whether the person decides to have a urethral lengthening at the time of the procedure. However, the reverse is not true. The procedure for embedding the clitoris in the penis during phalloplasty makes a later metoidioplasty not feasible.

It can be helpful to discuss your goals and concerns for surgery with someone who is knowledgeable about the risks, benefits, and likely results of the various options. This could include not just your surgeon but your therapist or friends who have gone through a similar decision-making process. There are online groups on some social media websites dedicated to gender affirming surgeries where trans people post about their experiences. Such groups are also good spaces to find community and to also get recommendations or warnings about specific surgeons from their patients. Transbucket, a site dedicated to trans people informing each other about gender affirming procedures, is also another option. However, remember that different people have different preferences and motivations.

Iranian surgery is an online medical tourism platform where you can find the best doctors and surgeons in Iran. The price of gender-affirming surgeries in Iran can vary according to each individual’s case and will be determined by an in-person assessment with the doctor.

For more information about the cost of gender-affirming surgeries in Iran and to schedule an appointment in advance, you can contact Iranian Surgery consultants via WhatsApp number 0098 901 929 0946. This service is completely free.