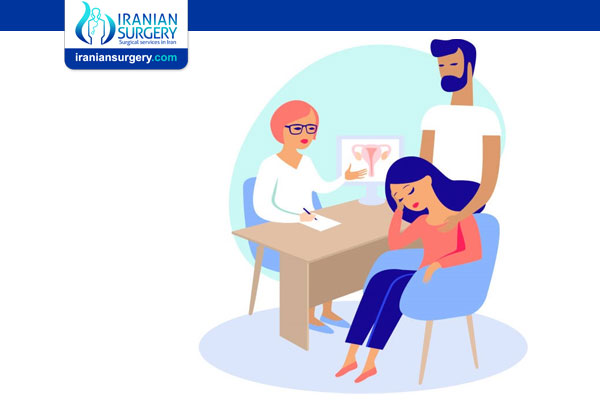 The terms subfertility and infertility are often used interchangeably, but they aren’t the same. Subfertility is a delay in conceiving. Infertility is the inability to conceive naturally after one year of trying.

According to research, most couples are able to conceive spontaneously within 12 months of having regular unprotected intercourse.

Most of the causes of subfertility are the same as infertility. Trouble conceiving may be due to problems with male or female infertility, or a combination of both. In some cases, the cause is unknown.

The most common cause of subfertility is a problem with ovulation. Without ovulation, an egg isn’t released to be fertilized.

There are a number of conditions that can prevent ovulation, including:

. Polycystic ovary syndrome (PCOS), which can prevent ovulation or cause irregular ovulation

. Diminished ovarian reserve (DOR), which is a reduction in a woman’s egg count due to aging or other causes, such as a medical condition or previous ovarian surgery

. Premature ovarian insufficiency (POI), also referred to as premature menopause, in which ovaries fail before the age of 40 due to either a medical condition or treatment, such as chemotherapy

. Hypothalamus and pituitary gland conditions, which interfere with the ability to produce the hormones needed to maintain normal ovarian function

Blocked fallopian tubes prevent the egg from meeting the sperm. It can be caused by:

. Scar tissue from a previous surgery, such as a surgery for ectopic pregnancy

. A history of gonorrhea or chlamydia

The uterus, also called the womb, is where your baby grows. Abnormalities or defects in the uterus can interfere with your ability to get pregnant. This can include congenital uterine conditions, which are present at birth, or an issue that develops later.

Some uterine conditions include:

. Septate uterus, in which a band of tissue divides the uterus into two sections

. Bicornuate uterus, in which the uterus has two cavities instead of one, resembling the shape of a heart

. Double uterus, in which the uterus has two small cavities, each with its own opening

. Fibroids, which are abnormal growths inside or on the uterus

. Problems with sperm production or function

Abnormal sperm production or function can cause subfertility. This can be caused by a number of conditions and factors, including:

. Genetic defects, such as Klinefelter syndrome

Problems with the delivery of sperm can make it difficult to conceive. This can be caused by a number of things, including:

. Genetic conditions, such as cystic fibrosis

. Injury or damage to the testes

. Structural defects, such as a blockage in the testicle

Certain factors increase your risk for subfertility. Many of the risk factors are the same for male and female subfertility. These include:

. Being overweight or underweight

. Exposure to environmental toxins, such as lead and pesticides

A fertility specialist can help diagnose the cause of subfertility. A doctor will begin by collecting the medical and sexual history of both partners.

The doctor will also perform a physical examination, including a pelvic exam for women and an examination of the genitals for men.

A fertility evaluation will also include a number of tests. Tests that may be ordered for women include:

. Hysterosalpingography to evaluate the condition of the fallopian tubes and uterus

. Ovarian reserve testing to check the quality and quantity of eggs

Tests for men may include:

. Imaging tests, such as a testicular ultrasound

. Genetic testing to check for genetic defects that can affect fertility

Being subfertile rather than infertile means that it’s still possible to conceive naturally. So treatment for subfertility is focused on lifestyle changes and learning how to increase your chances of getting pregnant.

Medical treatments and other options are available if needed.

Boosting the odds for conception

Here are some lifestyle changes and tips that can increase your chances of conceiving naturally:

. Avoid smoking, which can affect male and female fertility.

. Maintain a healthy weight, as being underweight or overweight can affect fertility.

. Use ovulation predictor kits to figure out the best time during your cycle to have intercourse.

. Track your basal body temperature to help determine when you’re most fertile.

. Avoid excessive heat, such as saunas, which can affect sperm production and motility.

. Cut back on caffeine, which has been linked to subfertility in women.

. Speak to a doctor about your medications, as some are known to affect fertility.

Medical treatment will depend on the cause of subfertility or infertility. Treatment varies between males and females.

. Surgery to repair a varicocele or blockage

. Medications to improve testicular function, including sperm count and quality

. Sperm retrieval techniques to obtain sperm in males who have problems ejaculating or when ejaculated fluid doesn’t contain sperm.

There a few different therapies available to help restore female fertility. You may need only one or a combination of more than one to be able to conceive.

. Intrauterine insemination (IUI), which is placing healthy sperm inside the uterus

Assisted reproductive technology (ART) refers to any fertility treatment or procedure that involves the handling of the egg and sperm.

In vitro fertilization (IVF) is the most common ART procedure. It involves retrieving a woman’s eggs from her ovaries and fertilizing them with sperm. The embryos are them implanted into the uterus.

Other techniques may be used during IVF to help increase the odds of conception. These include:

. Intracytoplasmic sperm injection (ICSI), in which a healthy sperm is injected directly into an egg

. Assisted hatching, which assists implantation by opening the outer covering of the embryo

. Donor sperm or eggs, which may be used if there are severe problems with either the eggs or sperm

. Gestational carrier, which is an option for women without a functional uterus or those who are considered high-risk for pregnancy

Adoption is an option if you’re unable to conceive or you’re exploring other possibilities beyond medical infertility treatment.

Adoption blogs are a great resource if you’re looking for information on adoption and insight from people who have been through the adoption process.

Most experts recommend talking to a doctor after trying to conceive for one year for women younger than 35, or after six months for women older than 35.

People with known medical conditions or injuries that can affect pregnancy should see a doctor before trying to conceive.