What is the Normal Motility of Sperm? 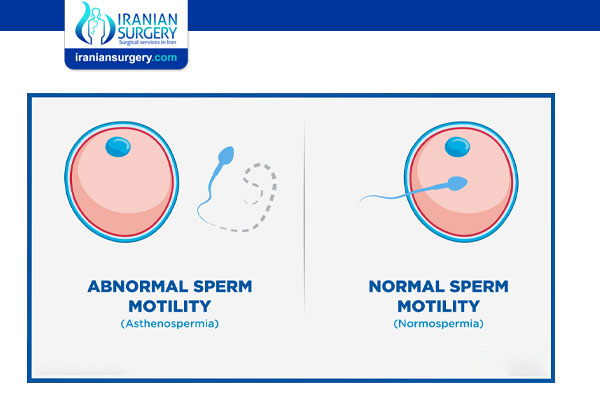 What is the Normal Motility of Sperm?

Motility of sperm refers to its ability to swim in a forward direction. Normal sperm motility plays a crucial role in men's reproductive health since the sperm have to be able to reach the egg in the uterus in order to fertilise it. If a sperm is unable to move properly, then getting pregnant and conceiving naturally can become an issue.

With that being said, it is important to know that not all the sperm need to be motile or be able to move in the right direction. According to the World Health Organization, as long as at least 40% of sperm, in a given semen analysis, are able to move properly, it is considered as the normal motility of sperm.

Motility is evaluated with the help of a semen analysis tells:

. Percentage motile - Determines what percentage of all the sperm in a single ejaculation are able to move.

. Percentage motile concentration - This tells us what percentage of sperm is moving in one measurement of semen, usually measured as millions of cells per millilitre.

. Total motile sperm count - The number of sperms that are swimming in a single ejaculation sample. This number is said to be the most relevant to male fertility prognosis.

. Average path velocity - This tells us the speed at which the sperm are moving. The velocity is measured in microns per second.

A detailed semen analysis categorises the sperm motility in one of the following grades:

. Grade A - They are fast progressive sperms that swim quickly in a straightforward direction.

. Grade B - They are slow progressive sperms that move forward but in a haphazard line or maybe a little slower.

. Grade C - They are non-progressive sperms that can move their tails but cant move forward.

. Grade D - These sperms are immotile and do not move at all.

Grade C and grade D are considered poor which means that the testicles are producing low-quality sperms and not functioning normally. Achieving a successful natural pregnancy in such cases is difficult.

Motility is just one of the factors of sperm health. Other parameters considered during a semen analysis include:

. Semen volume (how much ejaculation there is)

. Sperm concentration (how many sperms are present per ml of a given semen sample)

. Sperm morphology (the shape of the sperm)

. PH of semen (semen that is too acidic can kill sperms)

When it comes to male fertility, if only motility is a problem, the odds of natural conception are still good if other measurements are normal.

Iranian surgery is an online medical tourism platform where you can find the best Doctors in Iran. The price of an Infertility treatment in Iran can vary according to each individual’s case and will be determined based on in-person assessment with the doctor.

For more information about the cost of Infertility Treatment in Iran and to schedule an appointment in advance, you can contact Iranian Surgery consultants via WhatsApp number +98 901 929 0946. This service is completely free.