What Age Is Good for A Mini Facelift? 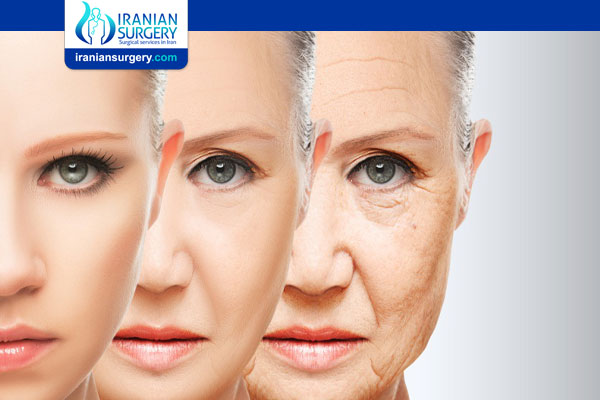 What Age Is Good for A Mini Facelift?

There is no magical age that qualifies a person for a mini facelift. Each person is unique, and his or her rate of aging will largely influence at what age is best to consider undergoing a procedure. As with any type of cosmetic surgical procedure, an assessment by a plastic surgeon is necessary. And even more important is that the assessment be conducted by a facial plastic surgeon who has many years of experience completing facelift surgeries. It’s also imperative that the doctor be extremely reputable.

The Best Candidates for a Facelift

If you are considering getting facial cosmetic surgery, it is normal to wonder what age is appropriate for getting the procedure done. Often, people in their 40s get the best results, although that’s not the standard age. Circumstances that are unique to your face will determine the appropriate age for you. Nonetheless, people in their 40s, 50s, and 60s are perfect candidates for facelift surgery.

However, if you notice you have some signs of aging on your face and you are in good standing health, you can be a candidate too. Instead of focusing more on what age you should get a facelift, look out for the following signs of aging. These indicators will help you know when you can get a facelift:

. Extensive lines around the corners of your mouth and nose

. Wrinkles developing beneath your eyes

. Unwanted increase of fat deposits around your neck

Appropriate Age for a Mini-Facelift

Mini-facelifts tend to be most suited for people who are at least 30 to 40 years-old. The procedure itself is not as invasive as a full facelift, with the ultimate goal being to provide a more youthful appearance.

Nonetheless, the mini facelift is not only limited to people in that age group. Some people might experience very intense signs of aging while they’re in their late 20s. Such people can also go on ahead and get a mini facelift done to help improve their appearance.

A mini facelift is an excellent choice for people who don’t want to do a perfectly balanced procedure between non-invasive and traditional facelift procedures. It is effective in dealing with different signs of aging. You, however, do not go through the discomfort and other inconveniences linked to a full facelift. The following are some of the benefits of a mini-facelift:

You get quicker recovery since it won’t deal with a big area like a full facelift. The mini facelift will only deal with SMAS (superficial musculoaponeurotic system), the layer of tissues that’s directly beneath your skin. It creates a natural lift since it lifts the deeper structures of your face.

With a mini facelift, there will be no general anesthesia. This is something that most people don’t like. Many people fear the idea of being completely unconscious during surgery. It takes a long time to recover from it, and you will need a ride to take you to the surgeon’s office and take you home as well.

When you get a qualified cosmetic surgeon to do the mini facelift on you, you will achieve great results. It will work out well for you, especially if you have moderate signs of facial aging. If you have mild skin laxity, a diminished jawline definition, or even wrinkles on your lower face, you will see a drastic improvement.

Appropriate Age for a Full Facelift

According to the American Society of Plastic Surgeons, a study published in its official medical journal found that younger patients were more likely to achieve better results from a full facelift. This type of facelift tends to provide more dramatic and long-lasting results in people who receive the procedure before they are 50-years-old.

To determine how satisfied patients are with their facelift procedures, the study compared those who were “younger than 50, 50 to 60 years, and over 60 years old at the time of facelift surgery.” It was discovered that during short- and long-term follow up appointments, people who underwent the procedure at a younger age were more satisfied. In fact, those who were younger than 50-years-old generally had a higher rate of satisfaction. This supports the fact younger patients tend to be better candidates.

It should be noted that even though younger patients have higher rates of satisfaction, a facelift procedure — whether it be a mini-facelift or full facelift — can still be immensely valuable to patients who are older. When considering a facelift procedure, age should definitely be taken into consideration as well as the rate of aging that a person is experiencing. Strong signs of aging will definitely benefit the most from a full facelift; however, it needs to be remembered that a full facelift is more invasive than a mini–facelift. As noted above, those who receive a mini or full facelift are usually more satisfied if they have the surgical procedure performed before reaching 50-years-old.

Iranian surgery is an online medical tourism platform where you can find the best doctors and cosmetic surgeons in Iran. The price of mini facelift in Iran can vary according to each individual’s case and will be determined by an in-person assessment with the doctor.

For more information about the cost of mini facelift in Iran and to schedule an appointment in advance, you can contact Iranian Surgery consultants via WhatsApp number 0098 901 929 0946. This service is completely free.