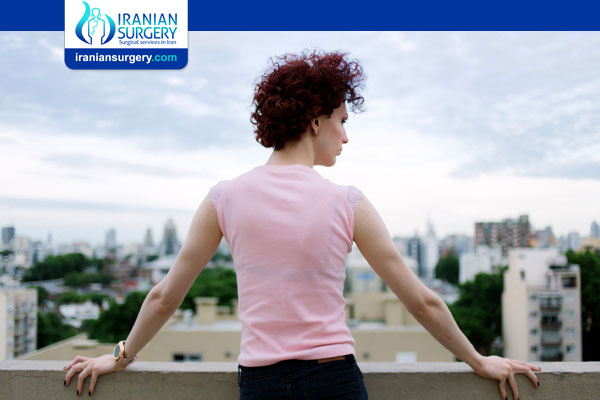 You’ve made the decision to move forward with your gender-affirming surgery. You’re ready to align your body with your true gender. It is a time of great hope, and perhaps some nervousness. You picture your life after surgery, imagining yourself existing in the world as you were meant to be.

What you might not expect is that after gender-affirming surgery, you could face depression. The best time to plan for it is ahead of time.  This can be incredibly disheartening, since depression is common prior to transition – all those years without a body that aligns with the true you. So, why now does the depression persist? The good news is that it doesn’t mean you’ve made the wrong choice. In fact, the nature of this depression is completely different, and it is solvable.

The Blues Hit When the Glow Fades

If you’ve ever known someone in the early stages of transition, you’ve probably witnessed what some call “trans glow.” It’s a state of euphoria. The person is elated because they are finally seeing the changes they want, letting them know that they’ve made the right decision. They’re excited because they’ve finally taken action on an issue that they’ve been struggling with for years.

The person becomes like a racehorse with blinders on. They see nothing but the finish line and they are eager to get there. This metaphorical race lasts about a year. There’s a lot to do within that year: coming out – to family, friends, partners, work, and school. There’s hormone therapy, scheduling surgeries, figuring out how to pay for them, getting the surgeries, and healing. Gender-affirming surgery process takes up a lot of time and energy.

Once the person has been living in their new body for several months, real life sets in. All that energy that was poured into the transition is now free-floating. Life goes on. The everyday issues and problems of living haven’t evaporated – they’ve just changed. All that excitement, and now this? Plain old boring normal life?

A Case in Point

post-transition blues likens could be likened to the life after a student completes his Ph.D. For years, he ate, slept, and breathed nothing but his studies. The degree was his focus day in and day out.

One day, it comes to an end. He gives his final presentation to a panel of professors, and after he is done, one of them refers to him as “doctor.” He is elated. He has achieved his goal. But within a day he sinks into a depression. He has been so focused on earning his doctorate that he didn’t anticipate the slump.

“It was a weird kind of boredom. I had all this energy but I had to find a new outlet for it,” you will hear him explain.

He realizes he needs to take on some other big projects that he feels passionate about to focus his time and energy. The same is true for patients who are transitioning: you will better manage your feelings after transition if you have more goals and activities to invest in.

Usually, patients come in under the guise of something else, not realizing gender-affirming surgery may be what is really bothering them. The client might report that she’s just not been herself lately or her partner noticed she wasn’t herself and wanted her to come back in to see me.

After the usual assessment is done on depression: changes in sleeping patterns, changes in appetite, feeling lethargic or hopeless, lack of motivation, sadness, etc. The symptoms will be there but the client can’t pinpoint a trigger.

When they hear a mention of post-transition blues, at first they seem puzzled but then the lightbulb turns on. It’s time to start talking about what’s next, new goals, longstanding passions that can be harnessed to propel life forward.

Iranian surgery is an online medical tourism platform where you can find the best specialists in plastic surgery, urology and gynecology in Iran. The price of Gender Reassignment Surgery in Iran can vary according to each individual’s case and will be determined by an in-person assessment with the doctor.

For more information about the cost of Gender Reassignment Surgery in Iran and to schedule an appointment in advance, you can contact Iranian Surgery consultants via WhatsApp number 0098 901 929 0946. This service is completely free.