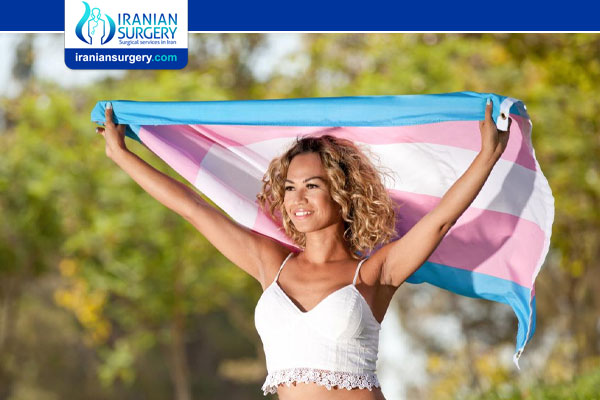 According to recent estimates, at present, there are 1.4 million transgender adults living in the United States, which represents about 0.6 percent of the country’s population.

Studies have shown that transgender people have, overall, a lower quality of life than the general population. High rates of depression, suicide attempts, and substance abuse have been documented among transgender individuals.

For many transgender people, quality of life improves after they transition. Gender reassignment is often essential for their well-being, with better psychosocial functioning, more stable relationships, and higher levels of contentment and happiness being reported by men and women who have transitioned.

Now, researchers from Essen University Hospital in Germany have developed, for the first time, a specific quality of life questionnaire for trans people who have had gender reassignment surgery.

The scientists — led by Dr. Jochen Hess — designed and validated the “Essen Transgender Quality of Life Inventory.” They used it to assess the quality of life and satisfaction of 156 people who had all undergone male-to-female gender reassignment surgery. Their findings were presented at the 33rd European Association of Urology conference, held in Copenhagen, Denmark.

Dr. Hess and colleagues surveyed 156 people who had all had gender reassignment surgery 6.61 years prior to the study, on average. The survey included open-ended questions regarding the participants’ “general, optical, and functional contentedness” with the surgery.

The participants were also asked about their psychosocial well-being and quality of life. The latter was assessed at two different points in time throughout the transition process.

Over 80 percent of the participants reported seeing themselves as female, and 16 percent said they felt “rather female.” The authors conclude:

“We could detect a distinct improvement of general and trans-specific [quality of life] and psychosocial resources in our transgender cohort within [the] transition process.”

Dr. Hess continues, saying, “We found that around three quarters of patients showed a better quality of life after surgery.”

Strengths And Limitations of فhe Study

To the authors’ knowledge, this is the first study to have confirmed the psychosocial benefits of gender surgery in most people.

However, the authors also note some limitations to their study. These include a high dropout rate (from a total of 610 people who underwent the surgery, only 156 were included in the study) and the fact that the data were collected from a single center.

“Nevertheless,” notes Dr. Hess, “we now have the first specific validated tool for measuring [quality of life] in transgender patients, we hope that this means that we can go forward to gather better information to help us improve treatment.”

“It’s very important that we have good data on [quality of life] in transgender people,” he continues. “They generally [have] a worse [quality of life] than non-transgender population, with higher rates of stress and mental illness, so it’s good that surgery can change this, but also that we can now show that it has a positive effect.”

“Until now,” concludes Dr. Hess, “we have been using general methods to understand [the] quality of life in transgender individuals, but this new method means that we can address well-being in greater depth.”

Iranian surgery is an online medical tourism platform where you can find the best specialists in plastic surgery, urology and gynecology in Iran. The price of Gender Reassignment Surgery in Iran can vary according to each individual’s case and will be determined by an in-person assessment with the doctor.

For more information about the cost of Gender Reassignment Surgery in Iran and to schedule an appointment in advance, you can contact Iranian Surgery consultants via WhatsApp number 0098 901 929 0946. This service is completely free.