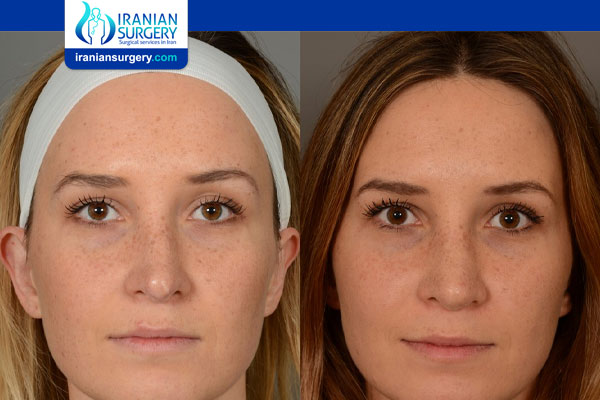 Few operations in the entire field of plastic surgery are as challenging as revising a nasal tip that has been previously operated on. Achieving optimal aesthetics from distorted remnants of delicate cartilages may seem difficult, but to also contend with the vagaries of wound contracture, the frequent need to use cartilage from a distant site, the prominent and central position of the nasal tip in facial aesthetics, and the hopes and expectations of a patient that has already been disillusioned and/or traumatized, make this procedure particularly demanding. Revision tip surgery requires that we employ all that we have learned and then, beyond our teachings; some of what we simply “feel”. Perhaps it is for this reason that restoring a nasal tip is so seductive to many of us in the field of plastic surgery.

A prime requisite for revision surgery of the nasal tip is a thorough understanding of normal anatomy and the potential variations that exist. Only with such knowledge it is possible to sift through the wreckage that may exist from prior surgery and identify the underlying constituent parts in an effort to reconstruct things on an anatomic basis.  Even in cases where reestablishment of normal architecture is not required, such as creating an improved silhouette, it is vital to understand what ‘normal’ anatomy should be in order to simulate it.

Pre-operative consultation begins with the patient’s own words about why they are there and what is bothering them. Try to have them prioritize their issues and be specific about what changes they would like to enact. Revision rhinoplasty patients will usually provide a history of multiple prior surgeries and what occurred with each procedure. It is helpful to decipher why the patient went ahead with each of the prior operations and why they felt the procedures failed. Copies of prior operative reports are helpful but just as often as not, they are incomplete or inaccurate. Questions regarding nasal function such as whistling, crusting, bleeding, rhinitis and obstruction should be asked. Previous trauma, cocaine use, decongestant use as well as whether the patient uses any devices such as breathe-rite strips or nasal cones also provides helpful information.

The nature of a revision nasal surgery is such that a very detailed physical examination cannot be overemphasized. With enough experience the accomplished surgeon should begin to see through the skin and be able to decipher what has occurred to the nascent cartilages to create the particular deformities.

In addition to “seeing through the skin” with one’s touch, it is important to view the nose from many different angles including from above the patient in order to fully appreciate the subtle asymmetries, curves and high points that may exist.  Gently pulling on the ala and tip can indicate the amount of laxity in the vestibular skin which is important when lengthening a nose. Placement of the caudal end of the septum between the thumb and forefinger in order to determine its position also provides useful information.

A proper intranasal exam must be stressed as without correcting for webbing, synechia or valve stenosis, surgery may be unsuccessful. It is helpful to watch the dynamics of the side walls as the patient inspires. The use of a cotton swab, as done with a Modified Cottle maneuver, to support small areas of the vestibule will help to target which areas will respond best to opening or increased support.  Because patients presenting for revision rhinoplasty may have had septal cartilage removed, it is crucial to palpate the septum to determine if there is any cartilage remaining for harvest. Similarly, it is also advisable to examine the ears to determine the availability and condition of cartilage which may be required for tip reconstruction.

Following the examination, the doctor performs computer imaging with each patient. The process of reviewing the patient’s anatomy and modeling changes digitally provides a great opportunity to establish surgical goals, set realistic expectations, and identify patients who may be difficult.

The final segment of the consultation involves a frank discussion about the surgical process and post operative course. It focuses on the goals of the operation and limitations based on where things are likely to be problematic. Potential complications are detailed and even the potential need for future surgery to refine postoperative asymmetries is mentioned. The patients are given a copy of their computer imaging and encouraged to follow up with any questions that they might have.

The principles of tip rhinoplasty are largely the same for both primary and secondary rhinoplasty. However, in revision surgery, a shortage of inner or outer nasal lining frequently limits re-expansion of a foreshortened and/or under projected tip framework. Although release of the external skin envelope with wide-field dissection may help to recruit additional external lining, a scarred and contractured internal lining is often the limiting factor in nasal re-expansion. In many cases, the nose was initially shortened by resecting portions of the internal nasal lining. Wide undermining alone seldom provides adequate soft-tissue lengthening, and relaxing incisions may be needed to obtain additional length. In stubborn cases, it is often useful to institute soft-tissue stretching exercises in order to pre-expand the nasal soft tissues. This is accomplished by having the patient repeatedly pull downward on the membranous septum, as well as on the outer nose, for 20–30 min daily over a period of at least 3 months. Sustained and repeated stretching will gradually increase soft-tissue compliance and length similar to tissue expansion.

The most common challenge encountered in secondary tip rhinoplasty is overresection of the tip cartilaginous framework—the lower lateral cartilages (LLCs), the nasal septum, or both. Overresection of the LLCs originates from the misconception that a smaller and more refined tip contour will result merely from cartilage excision. Ironically, aggressive cartilage excision will often have the opposite effect, resulting in poor definition, skeletal destabilization, and unpredictable cartilage collapse. In many cases, collapse will result in tip droop and polly-beak formation, further exacerbating the adverse cosmetic consequences.

To restore the over resected tip framework, the LLCs must be strengthened and reshaped using autologous cartilage grafts. Normally, the preferred material for tip restoration is septal cartilage. Surplus septal cartilage is frequently available following “aesthetic rhinoplasty,” in which the septum remains untouched. We usually thin the stripes of septal cartilage in the area of the intermediate crus with a motor drill so that bending becomes easier.

In cases of previous septal cartilage depletion, it is preferred to use autologous rib or ear cartilage as alternatives. Rib cartilage can be easily and precisely contoured using a motorized drill for thinning and smoothing. In younger patients, progressive surgical thinning of the rib graft on one side enables folding of the cartilage without fracture. Folded rib cartilage can be used to replace the nasal domes in reconstruction of over resected tip cartilages.

In contrast, with many older patients or in partially calcified rib specimens, the bending technique often results in unwanted fractures at the domal fold. When fractures are partial, scoring of the adjacent cartilage sometimes permits additional bending to create a suitable dome unit. In contrast, when the fracture is complete, the grafts are managed similar to a vertical dome division.

In the occasional patient, the septal cartilage is extremely thick, enabling the distal columellar strut to be split in two and allowing for replacement of damaged nasal domes. When only segments of the lateral crura are missing, these are replaced with batten grafts.

Another problem in revision tip surgery, especially in thick-skinned noses, is insufficient contracture and adhesion of the skin envelope to the underlying skeletal framework. The result is an imbalance in size between the nasal skin envelope and the skeletal framework, ultimately resulting in the formation of dead space and poor soft-tissue definition.

To avoid this problem, either the skeletal framework must be increased in size to stretch the skin envelope or the skin envelope must be reduced in size to improve surface contour and definition. Many patients confronted with this dilemma refuse skeletal enlargement because they are seeking a smaller nose. In those cases that result in poor tip definition and/or supratip fullness (often with polly-beak formation), a supratip skin excision can be helpful. A precise midline fusiform excision of full-thickness skin and subcutaneous soft tissue, followed by a subcutaneous closure, is used to enhance tip definition and minimize surface scarring