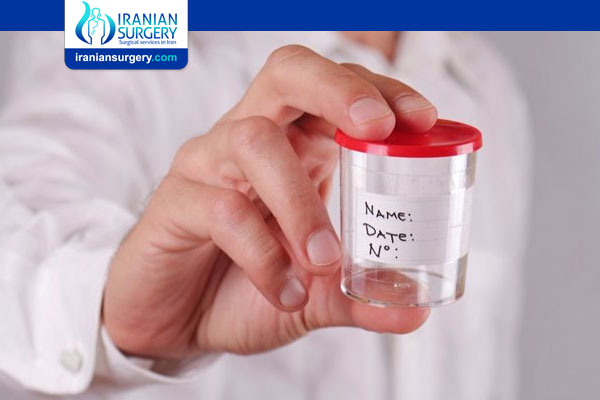 What is Sperm Banking?

Sperm banking is used when a man may want to have children in the future, but current circumstances prevent the certainty that they'll be able to conceive through traditional methods. This can be because of cancer or other disease treatments which cause infertility, dangerous military deployment overseas, and many other situations.

If you want to have children, when undergoing major procedures, it is a good idea to ask your doctor about any potential negative complications that could lead to infertility.

Making the choice to bank sperm is intensely personal. If you are married or in a committed relationship, it is best if your partner is involved in your decision. If you are younger than 18, your parents should be included in the discussion. Unfortunately, a man may have to decide quickly, at a time when he is facing a serious illness.

When should therapeutic sperm banking be started?

The option to bank sperm should be discussed as soon as possible after the cancer diagnosis because it is best to collect semen before treatment begins. Usually it is considered safe to collect sperm samples during the first week of chemotherapy or radiation treatments. Although chemotherapy or radiation can damage the genetic material in developing sperm, the mature sperm found in a man’s semen are resistant to damage.

Fortunately, storing semen samples does not have to delay the start of medical treatment. You’re likely to be advised to store several samples, but preserving even one may be worthwhile. It is best to collect a specimen after 48 hours of abstinence from sexual activity.

Although sperm are constantly being produced in the testes, it takes some time to replenish sperm levels after each ejaculation. To allow recovery of maximum semen volume, the second sample should be collected after another 48 hours of abstinence. If scheduling of a medical treatment does not allow that much time, waiting 24 hours between collections usually is enough.

. Semen quality can be damaged temporarily or permanently. Men who recently have been diagnosed with cancer often have poorer semen quality than usual. Part of the problem may be related to the illness itself, and part due to recent medical procedures, such as biopsy or surgery that involve general anesthesia.

. A high fever or recent exposure to toxic chemicals may also affect semen quality, as can chemotherapy, or radiation therapy aimed near the testes.

. A man’s age usually does not have a major effect on semen quality, but heavy use of tobacco and alcohol can damage sperm. Semen quality also varies with each ejaculated specimen. If you have poor semen quality, the laboratory director will discuss the issue with you before your specimens are stored.

Is it worth banking semen if the quality is not optimal?

With modern fertility treatments, it makes sense to bank sperm even if you have a low sperm count or poor motility. Pregnancy can be achieved with a technique called intracytoplasmic sperm injection (ICSI) that requires only one live sperm cell, which is injected into an egg. The embryos that develop can be placed into the woman’s uterus.

Men with better semen quality may be able to use their samples to create a pregnancy via artificial intrauterine insemination — a procedure that is less expensive and complicated than in vitro fertilization.

If I am sexually active, should I use birth control during cancer treatment?

How are specimens collected?

Semen specimens are collected at the Laboratory in a private collection room.

Can you bank your sperm at home?

Many men view sperm collection as a private activity. And it can be, with home sperm banking kits. Kits can be delivered discreetly to your home along with detailed instructions for collecting and returning the sample for storage. If you’re interested, ask your doctor; sperm banking requires a referral.

What happens after the specimen is collected?

Each specimen is carefully labeled and coded to ensure accurate identification and confidentiality. Laboratory and Reproductive Tissue Bank has a system of checks and procedures to ensure that specimens are properly identified at the time of storage, during storage and at the time of release. Each specimen is marked with your name, Clinic patient number, an internal control number and the date. Each client depositor’s complete record is kept in the Laboratory and Reproductive Tissue Bank. As an additional safety measure, a copy of your photo ID is made at your first visit and it becomes part of your permanent file for identification purposes.

A small part of the sample is drawn off for testing. The rest of the specimen is divided into small amounts and placed with a cryopreservative (a chemical that helps protect sperm during the freezing process) in containers called cryovials. The freezing process begins right away, with the cryovials being placed in a freezer for a few minutes at a temperature of -20 degrees. This initial step prevents sperm from being killed by a sudden drop in temperature.

Specimens are then put into extremely cold liquid nitrogen vapor at -86 degrees for two hours. Finally, they are lowered into a storage tank containing liquid nitrogen for permanent storage. Semen may be stored indefinitely at the final temperature of -196o C. The storage period at Laboratory and Reproductive Tissue Bank is open-ended, with an annual storage fee.

How many samples should be preserved?

If semen quality is high enough to permit artificial insemination as a selected method of fertility treatment, the chance of a successful pregnancy increases with the number of samples you bank. More samples allow more insemination attempts. If the treatment is to be with vitro fertilization/ICSI, one sample may be enough, but it is still a good idea to store several samples. For each pregnancy that you desire, you should bank three to six specimens, depending on their quality.

How long can sperm safely be stored?

Semen samples do not deteriorate even after many years of deep freezing. Banking sperm before cancer treatment may allow a teenager or young adult to become a father years later, when he is ready to start a family. For a man who is about to have a vasectomy, therapeutic sperm banking provides an option to father a child if his life circumstances change.

Does using cryopreserved sperm increase the risk of birth defects?

No. Among thousands of children who have been conceived with frozen sperm, the incidence of birth defects has been no different than that among children conceived through sexual intercourse.

Cryopreservation (freezing) keeps your sperm healthy and viable. Babies conceived using cryopreserved sperm are just as healthy as those conceived naturally. There is no increased risk for birth defects when frozen sperm are used.

Will my children be healthy?

Men diagnosed with cancer may have special concerns about the health of their children. Most types of cancer are not inherited from father to child. Studies of children conceived after a parent’s cancer treatment do not show any higher rates of birth defects or cancer. However, there are a few types of cancer that can run in families. Your doctor can tell you whether your cancer falls in this group. If so, you may want to talk to a genetic counselor (a professional with special training in educating people about the risks of an inherited disorder).

What tests are done on the sperm?

Every time you store a semen sample, a small portion is removed by a specially trained laboratory technologist for testing. A complete, computerized semen analysis is performed. This analysis reveals:

. The total number of sperm in the sample

. The total number of live sperm

. The percentage of sperm that are moving (motility)

Between 24 and 48 hours after the sample is frozen, a portion is thawed and analyzed to measure the percentage of sperm that survive the freezing process. Based on the results of these tests, the laboratory director can recommend the optimal number of samples that you should consider freezing to ensure the best chance of successful fertility treatment. In general, sperm from a high-quality semen sample have a better recovery rate after thawing, meaning that fewer specimens will need to be stored. You also may receive advice about whether artificial insemination or in vitro fertilization would be your most viable treatment option.

What happens to stored samples after my death?

When a man banks sperm, we advise him to obtain a court order that authorizes a spouse or family member to withdraw any remaining samples stored in our sperm bank after his death. Some deceased men’s wives, fiancées or significant others may want to use stored sperm to create offspring with fertility treatment. You may wish to have your samples destroyed in the event of your death, or you may give a specific person the legal right to make decisions about your samples. Any further use of them would then be under the control of the person legally appointed by you.