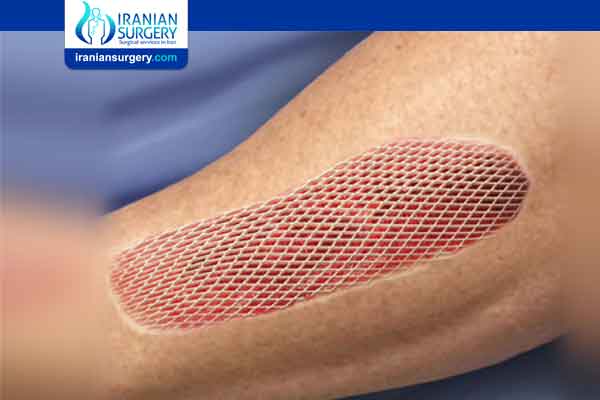 What is skin grafting?

What is skin grafting?

Skin grafting is a surgical procedure that involves removing skin from one area of the body and moving it, or transplanting it, to a different area of the body. This surgery may be done if a part of your body has lost its protective covering of skin due to burns, injury, or illness.

Skin grafts are performed in a hospital. Most skin grafts are done using general anesthesia, which means you’ll be asleep throughout the procedure and won’t feel any pain.

Skin grafts are often employed after serious injuries when some of the body’s skin is damaged. Surgical removal (excision or debridement) of the damaged skin is followed by skin grafting. The grafting serves two purposes: reduce the course of treatment needed (and time in the hospital), and improve the function and appearance of the area of the body which receives the skin graft.

First skin grafting was performed in India in 1st century. In its most basic sense, skin grafting is the transplanting of skin and, occasionally, other underlying tissue types to another location of the body. The technique of skin harvesting and transplantation was initially described approximately 2500-3000 years ago with the Hindu Tilemaker Caste, in which skin grafting was used to reconstruct noses that were amputated as a means of judicial punishment. More modern uses of skin grafting were described in the mid-to-late 19th century, including Reverdin’s use of the pinch graft in 1869; Ollier’s and Thiersch’s uses of the split-thickness graft in 1872 and 1886, respectively; and Wolfe’s and Krause’s use of the full-thickness graft in 1875 and 1893, respectively. Today, skin grafting is commonly used in dermatologic surgery.

The main techniques used during plastic surgery are:

As well as these techniques, plastic surgeons also use many other methods, such as:

Skin grafts can be:

A split-thickness skin graft (STSG) is a skin graft including the epidermis and part of the dermis. Its thickness depends on the donor site and the needs of the person receiving the graft. It can be processed through a skin mesher which makes apertures onto the graft, allowing it to expand up to nine times its size. Split-thickness grafts are frequently used as they can cover large areas and the rate of autorejection is low. The same site can be harvested again after six weeks. The donor site heals by re-epithelialisation from the dermis and surrounding skin and requires dressings.

A composite graft is a small graft containing skin and underlying cartilage or other tissue. Donor sites include, for example, ear skin and cartilage to reconstruct nasal alar rim defects.

When grafts are taken from other animals, they are known as heterografts or xenografts. By definition, they are temporary biologic dressings which the body will reject within days to a few weeks. They are useful in reducing the bacterial concentration of an open wound, as well as reducing fluid loss.

For more extensive tissue loss, a full-thickness skin graft, which includes the entire thickness of the skin, may be necessary. This is often performed for defects of the face and hand where contraction of the graft should be minimized. The general rule is that the thicker the graft, the less the contraction and deformity.

Most skin grafts are successful, but in some cases grafts do not heal well and may require repeat grafting. The graft should also be monitored for good circulation.

Recovery time from skin grafting can be long. Graft recipients wear compression garments for several months and are at risk for depression and anxiety consequent to long-term pain and loss of function.

If you are planning to have a skin graft, your doctor will review a list of possible complications, which may include:

Factors that may increase the risk of complications include:

After you leave the hospital, contact your doctor if any of the following occurs:

A surgeon will begin the operation by removing skin from the donor site. If you’re getting a split-thickness graft, the skin will be removed from an area of your body that’s usually hidden by clothing, such as your hip or the outside of your thigh. If you’re getting a full-thickness graft, preferred donor sites are the abdomen, groin, forearm, or area above the clavicle (collarbone).

Once skin is removed from the donor site, the surgeon will carefully place it over the transplant area and secure it with a surgical dressing, staples, or stitches. If it’s a split-thickness graft, it may be “meshed.” The doctor may punch multiple holes in the graft to stretch out the piece of skin so that he or she may harvest less skin from your donor site. This also allows fluid to drain from under the skin graft. Fluid collection under the graft may cause it to fail. In the long term the meshing may cause the skin graft to take a “fish-net” appearance.

The doctor also covers the donor area with a dressing that will cover the wound without sticking to it.

Read more about: How many plastic surgery procedures can be done at once?

Grafts can be used to treat skin damaged by burns, infection, or other injury. If possible, a doctor takes healthy skin from areas that are usually covered by clothes or are not easily seen.

Try to avoid getting sunlight on the skin graft for several months. This helps to prevent a permanent change of color in the grafted skin. Also, avoid exercise that stretches the skin graft for at least 3 weeks after surgery, unless your doctor gives you other instructions.

If the graft was placed on your legs, arms, hands, or feet, you may need physiotherapy to prevent scar tissue from limiting your movement. This therapy is very important. It may involve wearing splints and doing stretches and range-of-motion exercises. These may be painful, but they help you to heal properly.

It may take months for you to regain some feeling in the grafted area. The feeling will be different than it was before your injury.

Sometimes skin grafts do not "take" or survive after being transferred. If the skin graft does not work, you may need another graft.

This care sheet gives you a general idea about how long it will take for you to recover. But each person recovers at a different rate, and certain areas of the body take longer to heal than others.