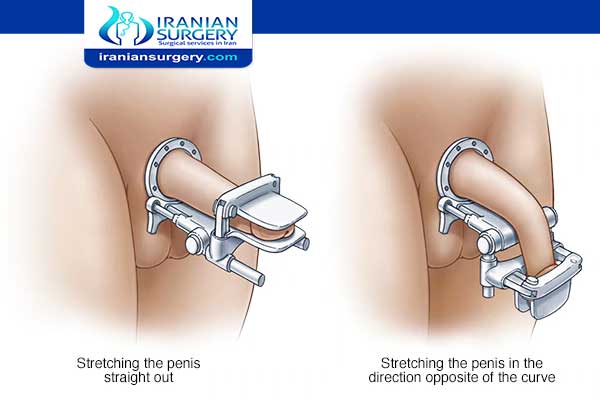 What is congenital penile curvature?

Congenital penile curvature, also known as “chordee,” is a condition that’s present at a boy’s birth. Parents may notice curvature early in their baby’s life during diapering and dressing. Some boys don’t discover the problem until after they have gone through puberty and noticed the curvature themselves. The curvature is usually noticed only with erections.

Is a curved penis normal?

Some degree of curving can be seen in a normal penis. In many cases, the penis can curve slightly to the left or right when it is erect. A curved penis becomes a problem when it causes pain and/or prevents a man from having intercourse. 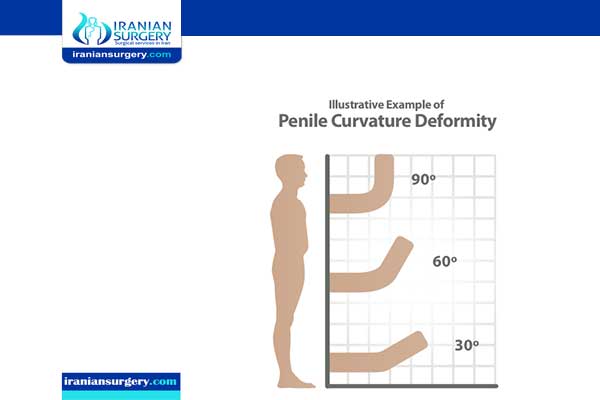 How is congenital penile curvature different from Peyronie’s disease?

The cause of congenital penile curvature is not known, but thought to be related to unequal growth of the erectile chambers on two opposite sites.

How is congenital penile curvature treated?

Treatment is not needed unless a man finds that the condition interferes with his life or prevents him from having satisfactory sexual intercourse. In such cases, surgery is typically indicated to correct the curvature.

1Can penile curvature be corrected?
How is penile curvature treated? In mild forms it does not require any treatment. However, when the degree of curvature interferes significantly with the ability to have sexual intercourse, surgical correction is used to restore normal function and form to the penis.
2What causes penile curvature?
Most cases, however, are the result of a poorly understood process known as Peyronie's disease. In Peyronie's disease, inflammation and scar tissue form along the shaft of the penis. No one is certain why this problem occurs. It may be triggered by repeated mild trauma during sexual intercourse.
3What is penile deformity?
Peyronie's disease is a disorder in which scar tissue, called a plaque, forms in the penis—the male organ used for urination and sex. ... The most common area for the plaque is on the top or bottom of the penis. As the plaque builds up, the penis will curve or bend, which can cause painful erections.
4What is congenital penile curvature?
Congenital penile curvature, or chordee, is defined as a congenital process which can be associated with hypospadias and is manifest by a curvature of the erect penis.
5What age does a man stop getting hard?
Most older men suffer not ED but erection dissatisfaction. Starting around age 50 (often earlier among smokers and, or, diabetics), erections change. In some men, the process is gradual, in others, it happens more quickly. Either way, older men lose the ability to raise erections solely from sexual fantasies.
6Does Viagra Help Peyronie's disease?
While erectile dysfunction drugs like sildenafil, tadalafil and vardenafil can't treat Peyronie's disease itself, they can often be used to treat ED that stems from Peyronie's disease. These drugs improve blood flow to the soft tissue of the penis, making it easier to develop and maintain an erection.
7What does Peyronie's disease look like?
Your penis might be curved upward, downward or bent to one side. In some cases, the erect penis might have narrowing, indentations or an hourglass appearance, with a tight, narrow band around the shaft. Erection problems. Peyronie's disease might cause problems getting or maintaining an erection (erectile dysfunction).
8How do you fix peyronies?
In some cases, drugs injected directly into the penis might reduce curvature and pain associated with Peyronie's disease. ... Medications include: Collagenase. The only FDA-approved medication for Peyronie's disease is collagenase clostridium histolyticum (Xiaflex). ... Verapamil. ... Interferon.
9What happens if Peyronie's disease is left untreated?
If left untreated, Peyronie's disease may cause fibrotic, nonexpansile thickening of relatively discrete areas of the corpora tunica, typically resulting in focal bend, pain or other functional or structural abnormalities of the erect penis. Many cases resolve without treatment.
10What type of doctor treats penile issues?
Depending on your particular health concerns, you might go directly to a specialist — such as a doctor who specializes in male genital problems (urologist) or a doctor who specializes in the hormonal systems (endocrinologist).