Sublobar resection (removal of part of lobe of the lung) 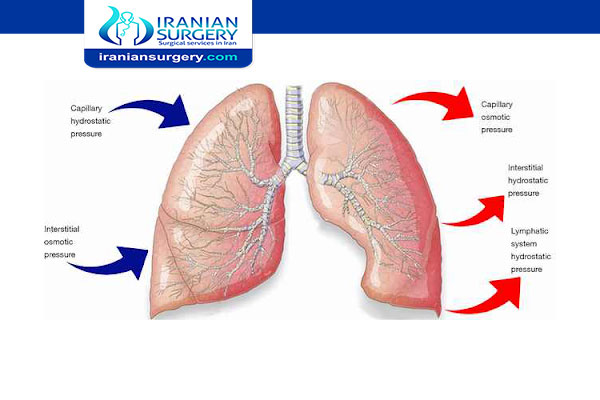 What is Sublobar resection?

How long do you live after lung cancer surgery?

Does lung cancer spread after surgery?

Advancements in the diagnosis, staging and management of lung cancer have all led to improvements in outcomes associated with sublobar resection. Lobectomy, for early stage lung cancers has been the treatment of choice for many years. However, there is mounting evidence that sublobar resection when applied to the appropriate patient population can provide not only excellent oncologic results but also equivalent survival to lobectomy. Therefore, it is time that we reevaluate the management of peripheral stage IA lung cancers.

Thoracic oncology has changed significantly in the last few decades, however, surgical resection remains the mainstay of therapy for early stage lung cancers in patients without prohibitive surgical risk. Based on the work of the Lung Cancer Study Group, lobar resection has been favored due their findings of improved overall survival (OS) and lower risk of recurrence with lobectomy when compared to sublobar resection. However, since the publication of the LCSG’s randomized trial in 1995, many advances in the diagnosis and management of lung cancer have been made. Notable changes include: the wider use and higher resolution of computed tomography (CT) scans resulting in the discovery of smaller and non-solid lung nodules, improved clinical staging and diagnosis due to the use of PET CT, EBUS and mediastinoscopy, an aging population with more comorbidities and a higher proportion of dedicated, thoracic surgeons.

The extent of appropriate resection for stage IA lung cancers remains an area of debate and there are many salient arguments both for and against lobectomy and sublobar resection. The purported benefits associated with lobectomy are: decreased local recurrence, better parenchymal margins, better lymphatic clearance and sampling and improved overall and disease free survival (DFS). The potential benefits of segmentectomy or wedge resection include sparing lung parenchyma particularly in patients with poor pulmonary reserve or for patients likely to require additional resection in the future.

Many primarily retrospective reviews have evaluated the utility of sublobar resection and results have been varied . Notably, these studies have not specifically looked at the use of intentional sublobar resection in patients otherwise eligible for lobectomy. Inherent in the majority of prior studies were selection biases wherein patients undergoing sublobar resection were older, had worse cardiopulmonary reserve, other associated comorbidity, or lesions were under staged. Additionally, bias in technique with inadequate margins, resections being performed by non-specialized surgeons and inconsistent or incomplete lymph node sampling have also confounded the results. Recent enthusiasm for major database mining, even with attempts to correct for selection bias with propensity matching give an aura of credible comparison, but remain flawed due to unmeasured variables that impact outcomes. However, recent studies have demonstrated improved outcomes with sublobar resection for stage IA lung cancer by excluding patients with comorbidity who would be candidates for either lobectomy or sublobar resection. These offer compelling evidence for broader utilization of both segmentectomy and wedge resection for early stage lung cancers.

Yendamuri et al. using the SEER database, evaluated outcomes following sublobar and lobar resections for <2 cm non-small cell lung cancers (NSCLC) from 1987–2008 and they were able to demonstrate improved outcomes over this time period for sublobar resection when compared to lobectomy. Their analysis divided cases by time period, 1987–1997, 1998–2004 and 2005–2008 and demonstrated a trend toward more favorable OS and DFS for sublobar resection compared to lobectomy over time. Specifically, they demonstrated that by 2005–2008 there was no difference in survival between lobectomy and sublobar resection. These findings led them to conclude that due to the improvement in diagnostic and staging technologies, contemporary early stage lung cancer is an inherently different entity than early stage cancers studied by the LCSG in the 1980s. The meta-analysis by Cao et al. offers further support for sublobar resection and addressed the issue of patient selection and the intentional use of sublobar resection in patients otherwise eligible for lobectomy. Twelve studies were included in their meta-analysis, in which 1,078 patients underwent sublobar resection and 1,667 patients underwent lobectomy and they found no significant difference in OS or DSF. Similar results have been reported by both Okada et al. and Altorki et al. . Notably, Altorki et al. further reported no significant differences in pathologic upstaging, cancer related death, all cause death or local recurrence in their propensity matched evaluation of stage IA lung cancers (solid nodules only) detected by screening CT scan using I-ELCAP’s database from 1993–2011 .

Read more about: Segmentectomy (removal of an anatomic division of a particular lobe of the lung)

When patients are evaluated by a dedicated thoracic surgeon and selected appropriately, sublobar resection can be performed successfully and with excellent oncologic outcomes. Keys to success, much like any resection for lung cancer start with patient selection and a full assessment of the patient’s functional status, comorbidities and anatomic considerations. Given the shift toward improved clinical staging and diagnosis of lung cancer, sublobar resection in the setting of small, peripheral stage IA lung cancer should be considered a reasonable alternative to lobectomy and in some cases may be preferred. Evidence to support the use of either segmentectomy or wedge resection for stage IA lung cancer is well founded and numerous, contemporary studies have demonstrated equivalent OS and DFS for sublobar resection when compared to lobectomy in properly selected patients. The benefits of sublobar resection are many and include preservation of lung function, decreased perioperative morbidity and mortality, and preservation of lung parenchyma that may allow subsequent resections in the era of increasingly identified multifocal ground glass opacities.

The National Comprehensive Cancer Network (NCCN) guidelines in non-small cell lung cancer lay out clear principles for surgical management, including the consideration of sublobar resection . The guidelines note that an anatomic pulmonary resection is preferred for the majority of patients undergoing surgery for lung cancer. A segmentectomy or wedge resection is considered appropriate in patients with poor pulmonary reserve or other major comorbidity if a complete resection with adequate margins and lymph node sampling/dissection can be performed. However, sublobar resection is also considered appropriate for patients with a peripheral lung nodule ≤2 cm, particularly if the nodule is ≥50% non-solid, has pure adenoma-in-situ histology, or has demonstrated a radiologic doubling time of ≥400 days. Surgical principles recommended by the NCCN are parenchymal resection margins >2 cm or ≥ the size of the nodule, as well as standard sampling or dissection of appropriate N1 and N2 lymph nodes.

These guidelines underscore that sublobar resections are applicable to both high and low risk surgical candidates. Some cases may warrant an open surgical resection rather than a minimally invasive approach in order to ensure both appropriate margins and sound staple lines. None of the studies reviewed specifically addressed the issue of lymph node assessment in early stage lung cancers. In the United States, formal pre-resection mediastinal lymph node assessment is recommended for all stage IB lung cancer and higher, and on a case-by-case basis for stage IA disease. The question of appropriate lymph node staging is beyond the scope of this review. However, a clear association between lymph node status and prognosis following lung cancer diagnosis exists and therefore formal lymph node sampling or dissection is a key component to pathologic staging and when performed concomitantly with resection should not impose undue risk to the patient.

What is Sublobar resection?

The most common operative approaches for sublobar resection are wedge resection and segmentectomy. Wedge resection consists of the removal of a lung tumor with a surrounding margin of normal lung tissue, and is not an anatomical resection. On the other hand, segmentectomy is an anatomical resection that usually includes one or more pulmonary parenchymal segments with the dissection of intraparenchymal and hilar lymph nodes. Segmentectomy theoretically has the advantages of a wider resection, reduced technical limitations for achieving adequate margins.

How long do you live after lung cancer surgery?

The 5-year overall survival rate for lobectomy patients was 70%, followed by the sublobar resection group at 56%, and SBRT at 44%.  The overall 30 days mortality rate was 2.7%, whereas 36.3% had one or more complications after surgery. The median survival time was 3.4 years.

Does lung cancer spread after surgery?

A proportion of lung cancer patients develop recurrence, even after curative resection.

It takes about three to six months for most lung cancers to double their size. Most lung cancers first spread to lymph nodes within the lung or around the major airways. 2 This occurs during stage 2B of NSCLC or the limited stage of SCLC. Cancer cells can then travel to areas in the chest further from the initial tumor and on to other regions of the body.

It’s usually the main treatment for people with the early stages of lung cancer, when there’s a tumor in just one part of the lung. In that case, a lobectomy may offer the best chance for a cure and may be the only treatment you need. But it doesn't help when cancer has spread to your whole lung or to other parts of your body.

The surgery may also help people who have other diseases in one part of their lungs, like: