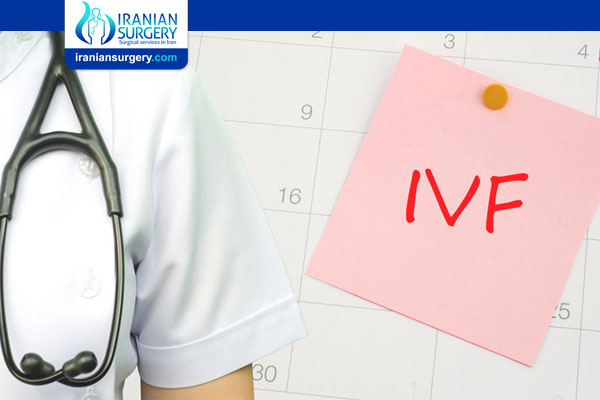 In-Vitro Fertilization (IVF) with Intra-cytoplasmic Sperm Injection (ICSI), the process whereby a single sperm is injected into an egg in order to fertilize it has been a world-wide breakthrough in conception over the past few decades. This technology has lowered the requirement for the amount of viable sperm needed to conceive from millions to only a few and has become the cornerstone of fertility treatment at the hundreds of clinics offering it around the globe.

Iranian surgery is an online medical tourism platform where you can find the best gynaecologists and obstetricians in Iran. The price of an Infertility treatment in Iran can vary according to each individual’s case and will be determined based on in-person assessment with the doctor.

Unfortunately, the average pregnancy rate per cycle of IVF is currently only 32 percent. This means most couples will need to go through several expensive treatment cycles in order to have a baby. Sadly, even with multiple treatments, many couples will not conceive even with IVF. It is important to understand the reasons for IVF failure in order to improve the odds of conceiving and to reduce the number of cycles needed to have a baby.

The reasons for IVF failure are many and can include:

. Genetic abnormalities in the embryo

Yes, the quality of sperm affects and influences IVF success. We want the healthiest sperm collected for fertilization. The male factor contributes 40% to infertility, thus a sperm analysis is done as the proven factor to determine if there is a potential for pregnancy. That analysis is going to look at the density, motility (how well sperm are moving) and morphology (shape) of the sperm to ensure it meets candidacy for IVF.

There are also minimum sperm counts for IVF to be effective, which range around a minimum of 20% of sperm should be of normal morphology and 30% should be motile, with at least 15% having progressive motility. Studies also provide an answer to how old sperm should be for IVF: If your partner is providing semen on the day the eggs are retrieved, they should abstain from having sex for at least two days before the IVF, but for not more than 5 days.

As to how much sperm is needed for IVF, most clinics will require the male partner to provide the amount produced and ejected during a typical ejaculation, though as a safety measure, sperm can be provided days prior to the egg retrieval (in addition to fresh sperm the day of), which can be cryogenically preserved to act as a safety in the event fresh sperm isn’t forthcoming the day of.

Since IVF doctors are all gynecologists, their focus is mostly on the female factors that cause infertility and they pay much less attention to male factors including the quality of a man’s sperm. The common belief among many of these doctors is that as long as there are moving sperm available in the ejaculate then they are good enough to use for IVF. By many of these doctors, it has been taken as fact that poor sperm quality has little to do with IVF failure and there is almost nothing to do to improve the male-factor situation anyway.

Successful treatment options for men, based on published research, are beginning to change these perceptions. Sperm quality is important, even when doing IVF/ICSI and there are ways of obtaining better sperm for IVF or fixing the problem to begin with so that natural conception can occur and IVF is not required. Yes, it IS possible.

Historically, the semen analysis has been the only test used to assess sperm quality. It examines a number of important parameters but these factors give doctors a limited understanding of the quality of the sperm. The semen analysis is only an observation test. Visual examination does not tell us much about the functional ability of the sperm – how they actually perform either in the natural situation or with IVF.

A more detailed test was developed that analyzes the amount of DNA damage inside the sperm, as well as the maturity of the sperm and the level of toxins in the semen. The percentage of damaged sperm is reported as a number referred to as the DNA fragmentation Index (DFI). When this test shows damage to more than 30 percent of the sperm, then the chance of pregnancy is reduced (even with IVF) and the chances of miscarriage increase significantly. These parameters give a much more detailed picture of the sperm and their ability to perform their job.

Sperm with high levels of DNA damage do not work as well as sperm with normal, low levels of damage. They can often be the cause of:

. Miscarriage or the increased chances of it

When we think about it logically, this makes perfect sense. DNA from the mother (in the egg) and from the father (in the sperm) combine to form an embryo once the sperm fertilizes the egg. If the DNA of either the sperm or the egg is damaged, then a live birth might not result.

The great news is that the level of DNA damage in sperm can be reduced and/or better quality sperm can be found and used with IVF. Couples simply need an expert who knows how and is successful at making this happen.

To fix the damaged DNA in the sperm, we need to have a clear understanding of what causes the damage in the first place. There are many possibilities including physical conditions, medications, exposure to dangerous chemicals and toxins and some other common triggers like:

. Varicoceles (varicose veins around the testicles)

In our experience, most men with high DNA fragmentation levels have a treatable condition. Here’s why…

Much of the damage to sperm occurs after they leave the testicle where they are produced and enter the reproductive tract (epididymis) where they are stored, transported and mature. The testicle is a highly protective environment that is rich in antioxidants. These chemicals neutralize the free radicals that cause DNA damage. The sperm become vulnerable once they move out of that protective environment. They are even more vulnerable once they have mixed with prostate fluid, especially if there is inflammation in the reproductive tract.

Based on this understanding, we performed an original study which showed that the use of testicular sperm for IVF when couples failed three or more IVF cycles because of damaged sperm increased the pregnancy rates significantly. Couples in the study achieved a 62.5 percent pregnancy rate, double the national average and 6-7 times higher than what would be expected if they just did a fourth, fifth or sixth IVF cycle with damaged ejaculated sperm.

Between the results of this study and another, it became clear that sperm from inside the testicle had much lower levels of damage than ejaculated sperm in each patient and use of testicular sperm in the couple’s IVF treatments resulted in a much higher pregnancy rate. Since these two studies were performed, many more patients have opted to use testicular sperm when the ejaculated sperm have a high level of damage and this has led to much higher pregnancy rates.

We have developed a protocol to assist couples that have failed IVF cycles or had recurrent miscarriages because of poor quality sperm.

. Step 1: Recognizing that IVF didn’t work because of the sperm. Sometimes this is difficult because the only way a couple would know is if their reproductive endocrinologist mentioned it. Instead, what some reproductive endocrinologists will do is recommend more IVF treatments even if the sperm are bad as long as there are some sperm that are alive. Unfortunately, patients are not usually referred to us until they have failed a number of IVF cycles and an egg donor or surrogate is suggested instead of a more detailed examination of the sperm.

IVF and the doctors who perform it are focused on the female partner and this has to change given that half of the fertility problems in couples are related to the man’s sperm.

. Step 2: Once a patient is referred to us we review the results of prior IVF cycles while taking the couple’s medical and reproductive history into account. A physical examination of the man is performed to look for conditions that may be causing sperm damage and then a repeat semen analysis is sent for evaluation of sperm DNA fragmentation.

. Step 3: If the DNA fragmentation levels are high, we provide options and alternatives to either improve the sperm so couples might avoid future IVF cycles or attempt to extract better sperm from testis for use during the next IVF cycle.

. Step 4: Extract high-quality testicular sperm. This sounds much more complicated than it actually is. The procedure is performed using a local anesthetic and usually takes only half an hour. The incision is so small that it requires only a Band-Aid to cover it and patients can usually return to work in a day or two. The costs for this procedure are only a fraction of the cost for an IVF cycle and the potential risks and complications of sperm extraction are so small and occur so infrequently compared with those of IVF, that it makes little sense on any level to continue to use damaged sperm for IVF when this better, lower cost and less complicated alternative exists.

In the ideal situation, men would be evaluated along with their wives or partners at the first signs that fertility is a problem. This would allow a more comprehensive and cost-effective approach that might allow the couple to avoid IVF treatments altogether or at the very least, to make them more cost-effective by reducing the number of cycles needed in order to conceive.

The only way this can happen is with the more widespread recognition and acceptance of the obvious; sperm are an important factor and play a more critical role in getting pregnant than what is currently believed. It is critical for couples to take their fertility into their own hands and make sure they seek out physicians who are knowledgeable, skilled, and are experts in the diagnosis and treatment of male infertility.