Is The Surrogate Mother the Biological Mother of The Child? 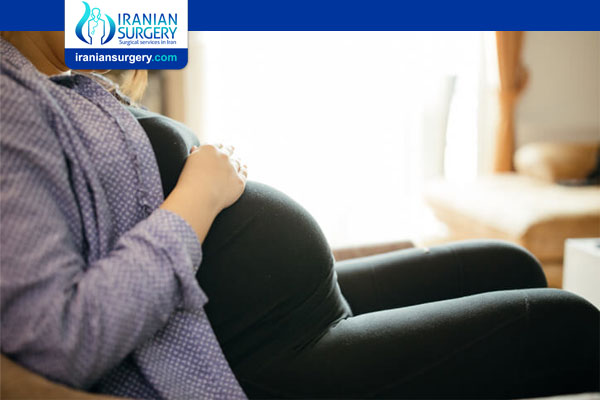 Is The Surrogate Mother the Biological Mother of The Child?

People who are considering becoming parents through surrogacy, women who are thinking about becoming surrogates and people who are just curious about the process of surrogacy can all have a lot of questions early on in the process. It’s understandable — surrogacy and in vitro fertilization are relatively new, and not everyone happens to have offhand knowledge of genetics!

One of the most commonlt asked questions when it comes to surrpgacu is the nature of the relation between the baby and the surrogate. in this article we intend to clear that up for you.

Are Surrogate Mothers Related to The Baby Genetically/Biologically?

By far the most common question asked about the surrogacy process is: “Is the baby related to the surrogate?” The answer depends on which type of surrogacy you’re talking about. Here’s what you should know: It all comes down to whose egg is used, not whose uterus is used.

In traditional surrogacy (which is rare today because of the legal and emotional complexities involved) the answer would be “yes.” A traditional surrogate is the biological mother of the baby she carries for the intended parents. She uses her own egg, combined with sperm from either a donor or an intended father, to create the embryo —meaning she’s genetically related to the baby. That’s why, legally, traditional surrogacy is often more similar to adoption.

Above all, remember this: The baby born via surrogacy is always genetically related to whoever’s egg and sperm is used to create the embryo.

Some people ask this question literally, and some people ask about “blood” in the sense of family relations. Again, only traditional surrogates are biologically related to the babies they carry, so they would be “blood” relatives, in that sense. Gestational surrogates who you (as an intended parent) match with outside of your family are not “blood” relatives to the babies they carry — they have no biological connection to your child.

If you’re wondering about whether or not surrogates literally share blood with the baby in the womb, then the answer is yes. In any pregnancy, blood, oxygen and nutrients are passed to the baby from the pregnant woman through the umbilical cord. The blood type of the surrogate doesn’t matter; after all, many genetic mothers and their children have different blood types.

However, blood tests and thorough medical screenings to check for any communicable diseases are important before the surrogacy process begins, as those conditions could be passed from the carrier to the baby in utero.

Does A Surrogate Mother Share DNA With the Baby?

Regardless of whose uterus that embryo is gestated into a baby, the genetic material will still only come from the two individuals who created that embryo. The egg and sperm is all that matters in genetic inheritance.

Think of it like this: Your saliva contains DNA. But, if you kiss someone, they’re not going to suddenly inherit your DNA and become related to you. Likewise, donating your blood won’t make the recipient your relative. Even if an embryo goes in another woman’s womb, it’s not going to “pick up” that woman’s DNA.

If a baby born via surrogacy is going to look like anyone, he or she will look like the two people who contributed the egg and the sperm when creating the embryo.

If the intended parents contributed the egg and sperm, then the baby will likely look like them. Although, there’s never a guarantee that a child will like look his or her genetic parents.

If an egg donor and sperm donor were used to create the embryo, then the baby will look like those two people.

It’s the contributors of the egg and sperm that influence the baby’s appearance, not the uterus that carries the baby.

Who Are the Child’s Real Parents in Surrogacy?

When a child is born via surrogacy, who are his or her “real” parents? Biologically, the answer would be the two people who contributed the egg and the sperm.

However, some intended parents need the help of egg and/or sperm donors to conceive their child, so their child will be genetically related to one or neither of them. When it comes to family bonds, this use of donor gametes makes no difference.

Adoption is proof that a child’s “real” parents are the people who read bedtime stories, apply Band-Aids and hugs and attend every soccer game. Surrogacy and any other “non-traditional” family-building routes are no different in this sense.

Remember this: Regardless of whether or not a child’s parents are biologically related to him or her, or if they were born via a surrogate, the people that raise and love that child are the real parents.

Iranian surgery is an online medical tourism platform where you can find the best gynecologists and fertility specialists in Iran. The price of IVF in Iran can vary according to each individual’s case and will be determined by an in-person assessment with the doctor.