Is Ibuprofen Good for Pain After Surgery? 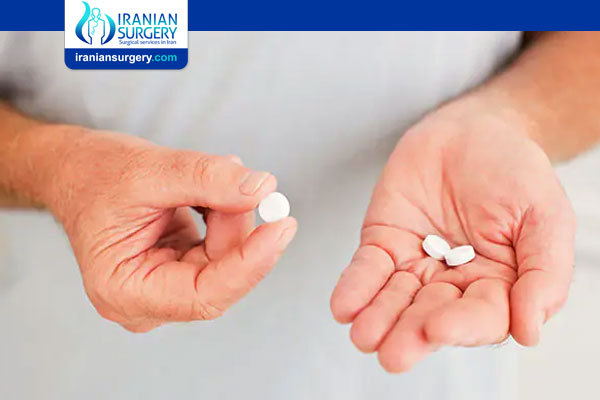 Is Ibuprofen Good for Pain After Surgery?

How To Get the Best Results from a BBL Surgery?

NSAIDs come in different strengths and formulas, and include over-the-counter medications like aspirin and ibuprofen. They prevent an enzyme called cyclooxygenase from doing its job.

“NSAIDs work by blocking key pain-signaling molecules,” says Jamie Alan, PharmD, PhD, assistant professor of pharmacology and toxicology at Michigan State University. “The key with NSAIDs and acetaminophen is to use the medications ‘around the clock.’ This means you don't take the medicine when you feel the pain, but you keep on top of the pain by taking these medications on a scheduled basis.”

Effective, But Not in Every Case

Alan says that the study’s findings are "not surprising."

"There have been several studies showing that using ibuprofen—or other NSAIDs—with or without acetaminophen can be equal or better at pain management compared to opioids," she says. "These medications do not carry a risk of addiction or dependence."

But Medhat Mikhael, MD, a pain management specialist and medical director of the non-operative program at the Spine Health Center at MemorialCare Orange Coast Medical Center in Fountain Valley, California, tells Verywell Health that it’s difficult to apply the findings to all post-operative pain relief. The study didn’t specify the type of surgeries the patients who reported lower levels of pain had, and that matters, he says.

"If we’re talking about minor surgery then, yes, NSAIDs can do a better job than opioids," he says. "But it has its limits. NSAIDs are not likely to help with someone who had their chest open during surgery."

Mikhael points out that NSAIDs also aren’t ideal when a patient has kidney disease, given that they can worsen kidney function or bleeding. But, he adds, "It can be good enough for a healthy person to use for a day or two after minor surgery."

Alan says that a growing number of doctors are prescribing NSAIDs for post-operative pain. "These medications are pretty effective at managing post-op pain," she says. "Don't be surprised if your health care provider places you on this type of regimen instead of an opioid. The key is to take these as prescribed, and don't skip doses. You might be pretty surprised at how well they work."

Is It Okay to Take Ibuprofen After Surgery?

When to start Ibuprofen (Motrin or Advil) after surgery varies from surgeon to surgeon. Patients are typically allowed supplementation with ibuprofen a few days postoperatively, due to the slightly increased risk of bleeding. Certainly, discuss other medication with your surgeon.

Iranian surgery is an online medical tourism platform where you can find the best specialists and surgeons in Iran. The price of Medical Services in Iran can vary according to each individual’s case and will be determined by an in-person assessment with the doctor.

For more information about the cost of Medical Services in Iran and to schedule an appointment in advance, you can contact Iranian Surgery consultants via WhatsApp number 0098 901 929 0946. This service is completely free.