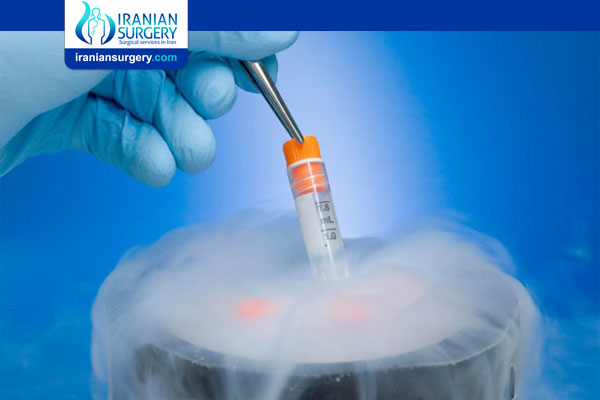 Women today are choosing to have children later in life than ever before. Egg freezing can enable a woman to delay pregnancy until a later stage. Medical professionals refer to the procedure as oocyte cryopreservation.

Society and patterns in childbirth may be changing. However, the biological realities of fertility remain the same. Most women enter menopause in their late 40s or early 50s. In the years before menopause, a woman’s fertility declines. Conceiving a child is not as easy in later years as it is for a younger woman.

Women who are considering freezing their eggs should be aware that successful pregnancies are less common with frozen eggs than fresh eggs. However, the use of frozen eggs can offer hope of conceiving in the future. In this article, we explore the pros and cons of egg freezing.

Younger women have significantly higher success rates than older women when freezing eggs. Women who wish to undergo egg freezing should do so as early as possible. Most clinics work with women who are under 40 years old. Some clinics place restrictions on women who are 40–49 years of age. Few will allow women over the age of 45 years to freeze their eggs.

Frozen eggs do not definitely lead to a live birth. The chance of each frozen egg leading to a live birth is between 2 and 12 percent. A range of factors can affect a person’s chances of becoming pregnant, such as uterine health, age, and overall health.

The following are some reasons that women freeze their eggs:

. Career and educational plans: Women who wish to pursue advanced degrees or demanding careers may freeze their eggs when they are young to ensure access to healthy eggs later on. Some companies, such as Facebook and Apple, even fund egg-freezing for female employees who wish to delay childbirth for professional reasons.

. Personal circumstances: Women who want to have a child with a partner but have not yet found one may freeze their eggs for future use. Women in same-sex relationships may also wish to have a baby further down the line.

. Cancer: Chemotherapy and other cancer treatments typically interfere with and sometimes end fertility. Reproductive cancers might lead to the removal of a woman’s ovaries. Egg freezing might help reduce the impact of some cancer treatments on fertility.

. Infections, organ failure, and other health concerns: A wide range of health problems can harm egg quality and fertility, such as endometriosis, a condition that causes uterine tissue to grow outside of the womb. Freezing eggs offers hope to women who are receiving treatment for a serious illness that may reduce fertility.

Women considering the procedure need to realize that the older they are, the harder it is to become pregnant. The cost effectiveness is greater if you are younger. As you get older, 39 and over, egg freezing will require multiple cycles.

Vitaly A. Kushnir, MD, at the Center for Human Reproduction in New York City, says women should consider the risks before moving forward. The drugs used to stimulate the ovaries can sometimes cause ovarian hyperstimulation syndrome. Symptoms range from bloating and dehydration to potentially life-threatening blood clots, he says. Bleeding can happen where the needle is inserted, and there are anesthesia risks. Most women will have multiple rounds of this treatment to get enough eggs, Kushnir says. Long-term social and medical risks are not really known, he says.

“There have even been centers set up specifically focused on this,” Kushnir said, “so not traditional fertility centers that provide all sorts of infertility treatments, but just centers that only focus on egg freezing … and that’s really problematic because they have no outcome data whatsoever because no one gets pregnant in their center. So, they could freeze eggs from hundreds of women but have absolutely no results to show from it for years.”

The American Society for Reproductive Medicine cautions that there is not enough data now to know all the possible risks, saying in its guidelines, “while short-term data appear reassuring, long-term data on developmental outcomes and safety data in diverse (older) populations are lacking.”

One study raises significant questions with regard to the future of egg freezing. The process was intended to be an additional means of insurance, allowing intended parents to delay fertility as circumstances mandated. However, long-term egg preservation may now be in serious jeopardy from its much-reported cons.

Some sources suggest that the different rates of embryonic viability are separated by a significant margin: an overall rate of thirty percent viability for formerly frozen eggs, as opposed to fifty percent for fresh eggs. The study mentioned above observes a slightly less stark comparison, but it still presents a significant gap: it suggests that a given fertility cycle from 2013 was 19% more likely to result in a live birth if it used an egg which had never been frozen. It also rated the overall likelihood of a live birth in either case as being significantly higher than what had been previously calculated: 47% for embryos resulting from frozen eggs, and 56% for fresh eggs.

It is apparent that egg freezing comes with inherent disadvantages regarding the likelihood of an eventual live birth. However, this and other recent studies have also concluded that certain other factors were not likewise influenced. These concerns include such considerations as the likelihood of birth defects, as well as that of chromosomal disorders. Such occurrences do not present as being influenced in frequency or severity through the use of frozen eggs, although multiple sources concede that presently there is little data to rely on.

Data on pregnancies that result from egg freezing varies.

The American Society for Reproductive Medicine (ASRM) estimates that 2–12 percent of frozen eggs develop into a live pregnancy for women under 38 years of age. This suggests that women may need to undergo multiple IVF cycles to become pregnant following egg freezing. Factors that impact the success of egg freezing and thawing procedures include:

. Age on freezing the eggs: younger women tend to produce more eggs that are less likely to have anomalies.

. Age at time of egg thawing and IVF: Younger women are more likely to have successful pregnancies.

. Sperm quality: Healthy sperm is more likely to produce a healthy embryo and a successful pregnancy.

. The clinic: The success rates of freezing and thawing eggs vary between clinics.

How Long Will the Frozen Eggs Last?

Freezing an egg stops it from aging. A frozen egg that is several years old will typically have a better chance of fertilization than a fresh egg from an older woman. Most studies on frozen eggs examined eggs that were a few months old. The length of time for which a specialist can freeze eggs remains unclear.

Most researchers suggest freezing eggs in the mid-to-late twenties for use after 30 years of age. Women who are considering IVF in the future should not delay any longer than necessary. According to the University of Southern California’s fertility clinic, about 75 percent of eggs survive the thawing process.

Embryos are more likely to survive both freezing and thawing than eggs and more likely to result in a successful pregnancy. Woman with a partner or who intend to use donor sperm should consider freezing embryos rather than just eggs.