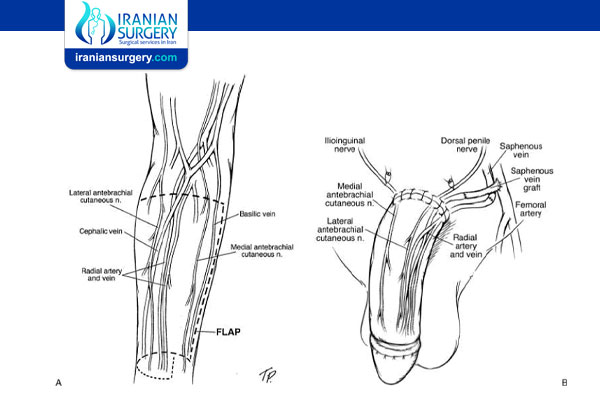 Metoidioplasty, also known as meta, is a term used to describe surgical procedures that work with your existing genital tissue to form what is called a neophallus, or new penis. It can be performed on anyone with significant clitoral growth from the use of testosterone. Most doctors recommend being on testosterone therapy for one to two years before having metoidioplasty.

What Are the Different Types of Metoidioplasty?

There are four basic types of metoidioplasty procedures:

Also known as simple meta, this procedure consists only of the clitoral release — that is, a procedure to free the clitoris from surrounding tissue — and doesn’t alter the urethra or vagina. Simple release increases the length and exposure of your penis.

Surgeons who perform full metoidioplasty release the clitoris and then use a tissue graft from the inside of your cheek to link the urethra with the neophallus. If desired, they may also perform vaginectomy (removal of the vagina) and insert scrotal implants.

The advantage to this procedure is that you’ll only have to heal at one site as opposed to two. You also won’t experience complications that may arise from surgery in the mouth such as pain while eating and decreased production of saliva.

The Centurion procedure releases the round ligaments that run up the labia from the labia majora, and then uses them to surround the new penis, creating extra girth. Unlike other procedures, Centurion doesn’t require that a skin graft be taken from the mouth or from the vaginal wall, meaning there is less pain, less scarring, and fewer complications.

Centurion Metoidioplasty is a variation of Metoidioplasty that was developed by Dr. Peter Raphael and first performed in 2002. The technique differs in that it uses the round ligaments that run along the sides of the labia to provide extra girth by bringing them together along the shaft of the neo phallus.

Centurion results in a natural-looking though small penis that retains full sensation. Centurion penises get erect without need of an implant or device but tend to be too small for penetrative sex. Because native tissues are used, the procedure doesn't require skin grafts from other parts of the body, which leave visible scars.

The urethral extension runs to the tip of the neo phallus and is formed by joining skin flaps around a catheter along the underside of the phallus.

Rotating the round ligaments leaves a hollowed out area for the testicular implants, and the scrotum is fused to create a single sac.

A Foley catheter is left in place for about 2-4 weeks, until the new urethral extension has healed. Revisions at a later date may be required to improve aesthetics or functionality or to fix complications. Recovery time is usually 2-4 weeks.

. Minimum of 1-2 years on testosterone to maximize growth of neophallus pre-operatively;

Iranian surgery is an online medical tourism platform where you can find the best urologists and plastic surgeons in Iran. The price of Centurion Metoidioplasty in Iran can vary according to each individual’s case and will be determined by an in-person assessment with the doctor.

For more information about the cost of Centurion Metoidioplasty in Iran and to schedule an appointment in advance, you can contact Iranian Surgery consultants via WhatsApp number 0098 901 929 0946. This service is completely free.