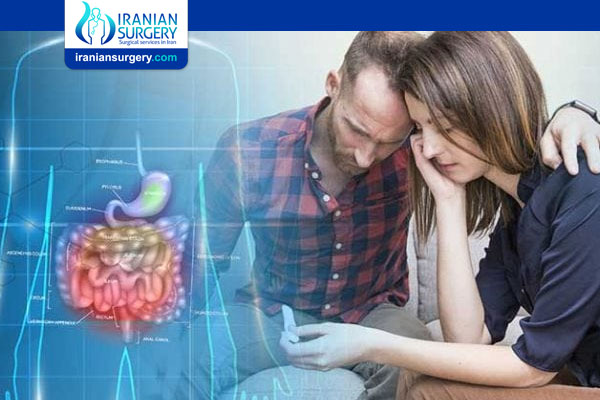 Infertility is a challenging diagnosis which has many causes. In around one in five couples, infertility is unexplained. A growing body of scientific studies indicate that celiac disease, an autoimmune disorder, is the underlying cause in some instances of unexplained infertility.

Decades ago, when in vitro fertilization (IVF) was a new technology, infertility specialists rarely considered celiac to be a potential cause of infertility or miscarriage. Even today, the consensus about celiac disease and its impact on male and female reproduction is not unanimous among experts.

However, conversations about this condition’s effect on conception and pregnancy are more commonplace between infertility doctors and patients. This is good news for people who have undiagnosed celiac disease. Diagnosing and treating celiac with a gluten-free diet has the potential to help many on their pregnancy journey.

What the research says

Celiac disease is a genetic, autoimmune condition. Celiac symptoms are triggered by the ingestion of gluten, a protein found in wheat, rye, and barley. Eating gluten triggers an immune response in people with this condition. This can result in damage to the small intestine, inflammation, and lack of nutrient absorption.

These symptoms may have an impact upon reproductive ability. The exact mechanism between celiac and infertility is not clear; however, research has shown reproductive changes may be caused by untreated celiac disease in people with vaginas, people with penises, and pregnant people. However, other studies have suggested that the evidence may not be as strong.

. No menstruation, or amenorrhea

. Abnormal sperm motility, or their ability to swim

Many studies have found a correlation between celiac disease and unexplained infertility and pregnancy loss. The reasons remain unclear. However, there are several theories as to how they may be linked.

One side of the debate is Felice Ramallo, MSCN, RD, LD, lead dietitian for Allara Health. In her opinion, system-wide inflammation or problems with nutrient absorption may be to blame. “Those with celiac disease who don’t avoid gluten may have decreased fertility,” she says. ”This may be related to nutrient deficiency, the effects of being underweight, or inflammation. For these reasons, it’s important to rule out celiac disease when investigating infertility.”

“One reason that an allergy, sensitivity, or celiac disease would lead to infertility is because it contributes to systemic inflammation,” she explains. ”Systemic inflammation means there are signaling molecules and other inflammatory markers circulating throughout the body. These markers signal the entire system that it’s under attack. When that happens, less of the body’s energy can go into non-essential processes, like reproduction.”

. People with celiac disease make anti-transglutaminase (tTG) antibodies that attack tissue transglutaminase, an enzyme released from cells during inflammation. In vitro studies have shown that these antibodies can bind to placental cells and decrease invasiveness.

Does it make a difference if you are diagnosed?

The only treatment for celiac disease is eating a gluten-free diet. By eliminating gluten, you will also reduce the inflammation your immune system produces in response to it.

Eliminating gluten will also reduce the potential for ongoing damage in the small intestine, which leads to malabsorption of nutrients.

Adopting a gluten-free diet, if diagnosed with celiac disease, has the potential to help boost fertility as part of a larger treatment strategy to treat infertility and reduce miscarriage.

However, infertility has many causes, and it’s possible to have more than one. Even after diagnosis, you may have trouble conceiving or carrying a pregnancy to term if you have additional underlying issues. These can include:

What if you are pregnant (have celiac) and eat gluten?

In one study from 2000, 845 pregnant women were screened for celiac disease, and 12 were identified as having it. Six of those 12 women had healthy babies after the women followed a gluten-free diet for one year. However, there was no external control group in this study for comparison.

For this reason, it is best not eat gluten at all during pregnancy, or while you’re trying to conceive if you have celiac disease. This includes not doing the gluten challenge.

The gluten challenge is a type of diagnostic test that allows antibodies to build up in your bloodstream. It is designed to diagnose celiac in people who are already gluten-free. The gluten challenge requires you to eat gluten-containing foods daily for 6 to 8 weeks. According to the Celiac Disease Foundation, this test should never be done during pregnancy.

Can a gluten intolerance cause fertility issues?

When to talk with a medical professional

If you’re having trouble getting pregnant or have had more than one miscarriage, seeing your doctor is a good idea. The rule of thumb is to wait 12 months if you’re under 35, or six months if you’re over 35. However, infertility takes an emotional toll while you’re going through it. For that reason, it makes sense to see a doctor sooner rather than later, no matter what your age.

This situation is exacerbated in people with celiac disease. If you have celiac symptoms or a family history of this condition, see a doctor for testing.

Keep in mind that more research is necessary to understand whether celiac disease is a cause of infertility, and doctors may have differing opinions. If you’re concerned that celiac is at the root of your issue, seek a diagnosis prior to attempting conception.

Not eating gluten has been found to restore fertility. It also reduces the rate of miscarriage to that found in the general population.