Can A Surrogate Get Pregnant While Pregnant? 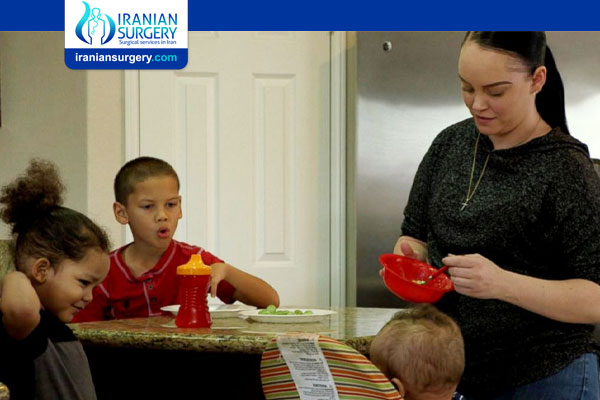 Can A Surrogate Get Pregnant While Pregnant?

You probably have a pretty good understanding of how pregnancy works, right? You ovulate and release an egg. A sperm meets that egg, shuts down ovulation, and, if everything goes well, you welcome a baby in nine months. Pregnant people don’t even think about birth control because, of course, pregnancy is birth control. But one woman's story is a reminder that there are incredibly rare cases in which you can become pregnant when you’re already pregnant—and she had to go through a heart-wrenching struggle to figure that out.

Jessica Allen became pregnant with her biological son while serving as a surrogate for another couple and told ABC News that she originally thought the second baby was an identical twin. Her doctor “started moving the ultrasound around and he goes, 'Well I definitely see that there is another baby,'" Allen said. "The chance of an embryo splitting is very small, but it does happen, and I just thought... I was very surprised."

Allen eventually delivered the babies via C-section and says she never actually saw the babies in person. However, she saw a photo of them later. "I did notice that one was much lighter than the other," she said. "You know, obviously they were not identical twins." Months later, she learned that the second baby wasn’t a twin but was actually her biological son with her husband. A DNA test confirmed that the baby was theirs.

"I don't know how to describe it ... we were floored," Allen said. "We were like, how did this happen?" The process to get their son back was complicated, but their baby eventually joined their family in February and is now 10 months old. "I carried my own child. I didn't know he was mine,” Allen said.

Superfetation happens when someone who is pregnant manages to conceive again with a totally different sperm and egg. It’s different from having fraternal twins—those are conceived at the same time, while babies conceived via superfetation aren’t. Last year, a woman in Australia made headlines after having babies who were conceived 10 days apart and this has happened in a handful of other cases. But it's super rare—as in, so rare that doctors are puzzled by it.

“This is a wild story,” says G. Thomas Ruiz, M.D., an ob/gyn at MemorialCare Orange Coast Medical Center in Fountain Valley, California. For starters, when you’re pregnant, your body produces the pregnancy hormone beta HCG. That shuts down your ovaries and pituitary gland so you don’t get the hormonal connection that usually leads to ovulation, Dr. Ruiz explains.

However, it can happen. First, you’d have to ovulate, says Sharon Moayeri, M.D., co-medical director at CCRM Orange County. Then, your cervix would have to be open enough to let in sperm, and it typically is “less accessible” during pregnancy, Dr. Moayeri says. Pregnancy hormones also usually make the uterine wall less receptive to a second implantation, she points out, so an embryo would somehow have to find a way around that.

And this would all have to happen early on in the pregnancy, because it’s definitely impossible later on, says Yvonne Bohn, M.D., an ob/gyn at Providence Saint John’s Health Center in Santa Monica, California.

When a woman serves as a surrogate, in most cases, she’s given several hormones to prepare her body for pregnancy. First, her natural ovarian functions are suppressed, says Edward L. Marut, M.D., a reproductive endocrinologist with Fertility Centers of Illinois. The, other hormones help prepare her uterus for pregnancy.

But there's another less common way to go about transferring embryos: Rather than having her ovulation suppressed, a surrogate's cycle is tracked and the embryo transfer takes place during her ovulation window—a.k.a. the time of the month she's most likely to become pregnant, says Juan P. Alvarez, M.D., a reproductive endocrinologist at Fertility Centers of Illinois. "If the surrogate has intercourse during this time period, her own egg can be fertilized and implant along with the embryo transfer of the intended parents," he says.

That's one reason why women undergoing a "natural" embryo transfer are often told not to have unprotected sex during that time, says David Ryley, M.D., a reproductive endocrinologist with Boston IVF. According to Dr. Bohn, this could “theoretically” also happen with an IVF cycle unrelated to surrogacy due to the same mechanism.

But it’s kind of unheard of for this to happen in a pregnancy without reproductive assistance. Even having a double uterus wouldn’t increase a woman’s odds of having superfetation since elevated levels of progesterone wouldn’t allow the lining of the uterus to be receptive to another embryo, Dr. Alvarez says.

So, no, you don’t need to stress out about using birth control during your pregnancy to avoid having accidental twins. “This is so far-fetched that the idea of it being a problem needs to be squashed,” says Dr. Marut.