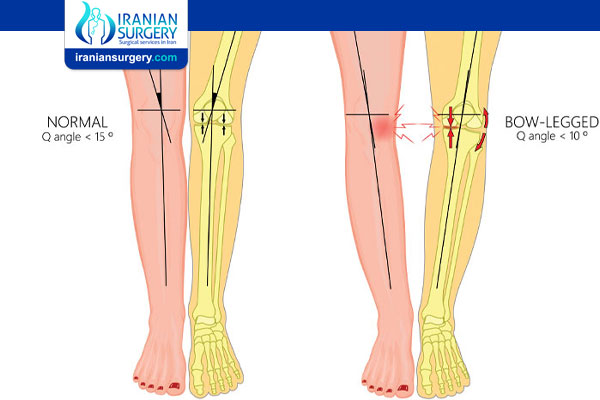 Bowlegs is a condition in which a person’s legs appear bowed out, meaning their knees stay wide apart even when their ankles are together. Bowlegs is also known as congenital genu varum.

Bowlegs can sometimes be a sign of an underlying disease, such as Blount’s disease or rickets, and may lead to arthritis in the knees and hips. Treatment options include braces, casts, or surgery to correct these bone abnormalities.

This condition is fairly common in infants because of their cramped position in the womb. Typically, no treatment is necessary for infants. A child’s legs will begin to straighten when they start to walk, usually between 12 and 18 months of age. In most cases, there are no lasting side effects. You should contact a doctor if your child has bowlegs beyond the age of 2. 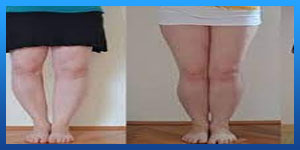 In Blount’s disease, which is also called tibia vara, a child’s shin develops abnormally, curving below the knees. As your child starts to walk, the bowing of the legs becomes worse.

This condition may be apparent early on, but in some cases symptoms may not be noticeable until the child reaches adolescence. Over time, bowlegs can lead to joint problems in their knees.

Blount’s disease is more common in females, African Americans, and children with obesity. Children who begin walking early are at a greater risk. A child should normally start walking on their own between 11 and 14 months of age.

Rickets is a condition resulting from prolonged vitamin D deficiency. This softens and weakens the bones, causing the legs to bow.

This metabolic disease negatively affects the way your bones break down and rebuild. As a result, they don’t rebuild as strongly as they should. Over time, this can lead to bowlegs and other joint problems.

Paget’s disease is more common in older people and can be successfully managed with early diagnosis and treatment.

The most common form of dwarfism is caused by a condition known as achondroplasia. This is a bone growth disorder that can result in bowlegs over time.

Bowlegs can also be a result of:

What are the symptoms of a bowleg deformity?

The most common symptom of a bowleg condition is that a person's knees do not touch while standing with their feet and ankles together. This causes a bowing of the legs that, if it continues beyond three years of age, suggests there is a bowleg deformity.

Other symptoms experienced by people with bowlegs include:

. Reduced range of motion in hips

In children, most bowleg cases start to improve when a child is 12 to 18 months old. You should talk to your child’s doctor if your child’s legs are still bowed beyond the age of 2, or if the condition becomes worse.

Progressive knee arthritis is common in adults who were not diagnosed or treated for bowleg earlier in life. Adult patients who have had bowleg for many years overload the inside (medial compartment) and stretch the outside (lateral collateral ligament) leading to pain, instability, and arthritis. To prevent and delay the need for a knee replacement, an osteotomy should be performed to realign the knee.

Bowlegs are easy to spot, but your doctor can tell you how severe the condition is or whether it’s caused by an underlying disease.

During your visit, your doctor will likely take your leg measurements and observe your walk.

They may order an X-ray or other imaging tests to view any bone abnormalities in your legs and knees. They may also order blood tests to help determine whether your bowlegs are caused by another condition, such as rickets or Paget’s disease.

. Treatment of diseases or conditions that cause bowlegs

Physical therapy also plays an important role, especially if surgery has been performed.

In a growing child, guided-growth, minimal-incision surgery may be used to encourage the limb to gradually grow straight.

In skeletally mature adolescents and in adults, an osteotomy is the treatment to straighten the leg. X-rays are used to determine the location and magnitude of the deformity. In most cases, the tibia is treated, but there are situations when the femur or both femur and tibia are treated. When there is moderate deformity, the osteotomy is typically stabilized with internal fixation (a plate or rod inserted into the leg). When the malalignment is more severe, gradual realignment of the limb through the osteotomy is done with an external fixator. With external fixators, pins are inserted into the bone and protrude out of the body to attach to an external stabilizing structure.

In some cases, the underlying bowleg condition causes one leg to be shorter than the other. This can also be corrected, using limb lengthening surgery.

Can bowlegs be prevented?

There is no known prevention for bowlegs. In some cases, you may be able to prevent certain conditions that cause bowlegs.

For example, you can prevent rickets by making sure your child receives sufficient vitamin D, through both diet and exposure to sunshine.

Be sure to talk to your child’s doctor if your child still has bowlegs after the age of 2.

Early diagnosis and detection of bowlegs will help you and your child manage this condition.

Arthritis is the primary long-term effect of bowlegs, and it can be disabling. When it’s severe, it can affect the knees, feet, ankles, and hip joints because of the abnormal stresses applied.

If a person needs a total knee replacement at a young age, then a revision will likely have to be done when they are older. Doing a total knee arthroplasty in such people may be difficult because of the surgeries they have already undergone and because of the abnormal alignment of the bones.