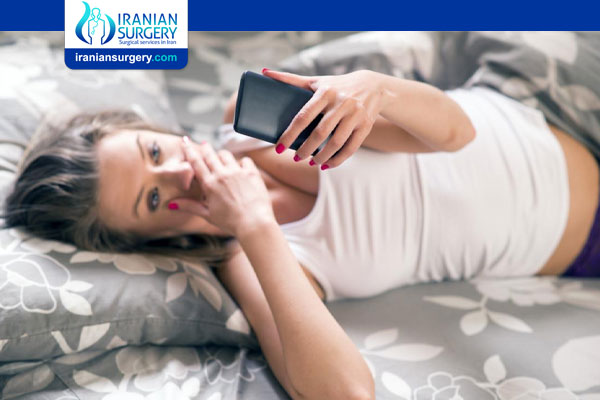 Blue waffle disease is a fictional sexually transmitted disease that is said only to affect females. “Waffle” is a slang term for vagina, and blue refers to one of the imaginary symptoms of this fake condition.

However, this sexually transmitted disease (STD) is nothing more than a rumor started on the internet. There is no medical evidence that it exists.

According to online sources, blue waffle disease is a condition that can disfigure a person’s vulva and vaginal area and turn it blue. While there are many real and life-changing STDs, none of them turn the vulva blue.

Misinformation about sexual health can be dangerous. People aged 15–25 years old are much more likely than older people to catch an STD. Young people who turn to the internet for sexual health advice may find incorrect information and engage in unsafe sex practices.

In this article, we discuss the truth about blue waffle disease. We also discuss real STDs, their symptoms, and why it is important to keep up-to-date with reliable sexual health information and safe sex practices.

The Truth About Blue Waffle Disease

Blue waffle disease does not exist. It is a fake STD that originated from online rumors. Pictures showing a woman’s vulva that appears blue and displays scabs or lesions usually accompany these rumors.

It is unclear whether people have photoshopped these pictures, but, regardless of this, they do not represent the symptoms of any existing diseases. There are no known STDs that cause the genitals to turn blue.

The internet is full of false information about this fake condition, and its definition varies between websites.

The rumors say that blue waffle disease affects only women. However, most STDs affect both males and females, though the consequences for females can be more severe. STDs can also affect an unborn baby.

The supposed causes of blue waffle disease range from poor hygiene to having frequent sex to having multiple STDs. Some websites even claim that men can get blue waffle, but only from women who practice poor hygiene.

This is not true. Poor hygiene or having frequent sex do not cause the genitals to change color.

The blue waffle disease myth started as a bait-and-switch meme. Posting an image of a blue-colored waffle, the pranksters challenged users with the text: "Bet you can't find me on Google image search." Those who took the bait were shocked to find a photograph of a blue-tinted, apparently diseased labia. The name was lifted from the slang term "waffle," meaning vagina.

The disease, which the pranksters claimed was sexually transmitted, was said to cause vaginal lesions, itching, burning, and a smelly discharge—namely all of the symptoms one might expect from STDs like gonorrhea or chlamydia.

While it is possible that the image of the blue vagina was doctored, it is more likely that the vagina was stained with gentian violet. (Gentian violet is a blue-colored antiseptic dye sometimes used to treat yeast infections.)

Medical evidence debunking the myth did little to quell the rising panic on social media. Some people even claimed that blue waffle disease could eventually turn a person's body blue if left unchecked.

Can You Get Blue Waffle ‘Symptoms’ from Frequent Sex?

Sex is a healthy part of life, and people rarely experience side effects from having frequent sex. However, a person may experience discomfort from some sexual practices.

While the vagina produces its own natural lubricant, too much sex can cause vaginal dryness and uncomfortable friction. Rough intercourse can cause swelling in the vagina and even tear vaginal tissue. A tear can make someone more likely to develop a vaginal infection.

The signs of some real vaginal infections are similar to those associated with fictitious blue waffle.

Symptoms of a vaginal infection include:

. itching, burning, and swelling around the vagina

STDs, such as chlamydia, gonorrhea, and trichomoniasis, can produce symptoms similar to those associated with fictitious blue waffle.

Some of the symptoms associated with fictitious blue waffle can occur with real STDs and vaginal infection, including:

. a red or swollen vulva

. unusual discharge from the vagina

. itching or irritation around the vagina

These symptoms may signal that a person might have vaginitis.

Infections often cause vaginitis. Some vaginal infections are transmitted through sexual intercourse, while others occur due to allergic reactions or changes in the typical chemical or bacterial balance in the vagina.

Safe sex refers to practices that lower a person’s risk of catching or passing on STDs. Safe sex keeps people healthy as well as safe.

Using barriers, such as male and female latex condoms and female dental dams, are very effective in preventing the spread of viral and bacterial STDs. Contraceptive pills do not protect people against STDs.

People who are sexually active should get tested for STDs regularly, even if they use condoms. Many STDs produce no symptoms, so people could have an STD without knowing it. The only way to know for sure is by being tested. Early detection makes treating STDs much easier.

What is blue waffle disease?

Blue waffle is a fictional sexually transmitted disease that was said to turn the vagina blue and disfigure it. The myth was first started in 2010 and later went viral when the online hoax was cited by a New Jersey councilperson as a health threat to women.

How do you get blue waffle disease?

You cannot get blue waffle disease as it is a fictional STD. Even so, there are things you can do to protect yourself from real sexually transmitted infections, including the consistent use of condoms and a reduction in your number of sex partners.

Blue waffle disease does not exist. This doesn't mean you should ignore changes in the color, sensitivity, or smell of your vagina. A red, irritated vagina with itching, burning, and smelly discharge could be signs of a very real condition called vaginitis, commonly linked to STDs like chlamydia, gonorrhea, and trichomoniasis.