Are You Infertile If You Have Klinefelter Syndrome? 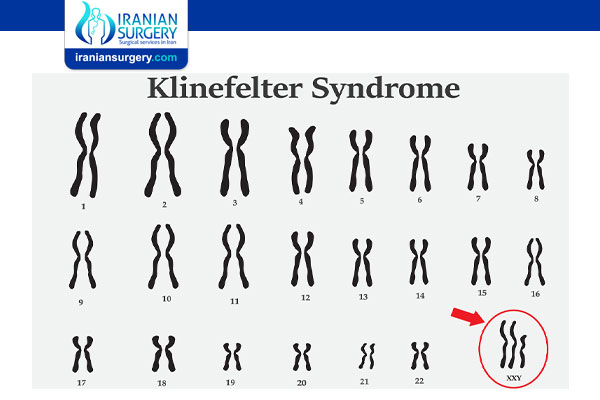 Are You Infertile If You Have Klinefelter Syndrome?

Why Can’t Men with Klinefelter Syndrome Have Children Naturally?

Your testes have two jobs: to make the hormone testosterone and to make sperm. Both of these functions are important for fertility and are impaired by Klinefelter syndrome. Although the degree of impact on testicular function varies from person to person, extremely low or absent sperm production is common in men with Klinefelter syndrome.

How Can Men with Klinefelter Syndrome Have Kids?

Some men with Klinefelter syndrome can biologically father a child through the use of assisted reproductive technology.

If you have mosaic Klinefelter there may be a very small numbers of sperm present in your semen it may be possible to use these to fertilise your partner’s eggs as part of in vitro fertilisation (IVF) treatment called Intracytoplasmic Sperm Injection (ICSI) – the injection of a single sperm into an egg for fertilisation.

In around 50% of men with Klinefelter syndrome, it will be possible for a fertility specialist to retrieve sperm, which can be frozen or used to fertilise your partner’s eggs and create an embryo through ICSI. These embryos are then transferred to your partner’s uterus with the hope that a pregnancy will occur. In these cases, the live birth rate per embryo transfer is similar to the success rate for men without Klinefelter syndrome who have sperm counts close to zero — around 20-25% per cycle. We can’t accurately predict which Klinefelter’s men will have a successful SSR and therefore be able to use ICSI to conceive a child. It's likely that if you have the micro-TESE operation earlier in life, rather than in your forties or fifties, you're more likely to find sperm.

Is Klinefelter Syndrome Passed Down?

Klinefelter syndrome is not an inherited condition. The genetic risk to the children of men with the condition is similar to that of other men with non-obstructive azoospermia. Interestingly the great majority of testicular sperm from Klinefelter men have a normal chromosome number and so their son and daughter have a normal chromosome pattern. Yet genetic counselling is still offered.

When Should You Make Decisions About Your Fertility If You Have Klinefelter Syndrome?

Worldwide figures suggest that less than half of men with Klinefelter are ever diagnosed. It’s often picked up at fertility clinics after a couple isn’t able to conceive naturally. One in every seven men who come to a fertility clinic with a zero sperm count has Klinefelter, and some are aware of it, but many are unaware of it. If this is the case for you, and you’re yet to start testosterone replacement treatment, you should consider the next steps of fertility treatment as soon as possible.

If you’re a teenager or young adult who’s been diagnosed with the condition and starting a family isn’t front of mind right now, you might consider two options.

. Have surgery and store your sperm before starting testosterone treatment

. Start testosterone treatment and when you are six to 12 months from trying to start a family, this is ceased to allow recovery of sperm production before a SSR procedure. This is all done under medical specialist review. Most experts believe that previous testosterone therapy does not have a permanent negative impact on your fertility treatment down the track.

Coming off testosterone treatment can be tough as symptoms of androgen deficiency will return, such as fatigue and low sex drive. This can be challenging when you’re used to feeling well on testosterone. You go back on testosterone as soon as the SRR is performed.

There's a bit of a debate as to whether you pre-empt by doing the surgery before testosterone, or simply stop testosterone treatment when life moves on a bit and you're able to make an informed decision. That's very much a discussion to have with your specialist.

Iranian surgery is an online medical tourism platform where you can find the best fertility specialists and urologists in Iran. The price of micro-TESE procedure in Iran can vary according to each individual’s case and will be determined by an in-person assessment with the doctor.