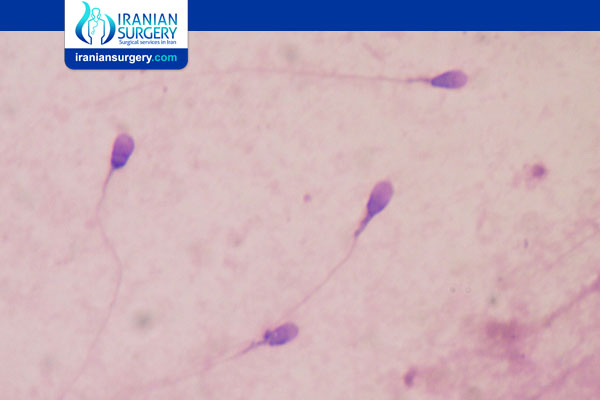 This substance is released from a man’s penis when he has an orgasm (ejaculates). It contains:

Sperm, male reproductive cells. The cells have a unique shape that contain:

. Tail that helps it travel (“swim”) through a woman’s reproductive system to reach the egg and fertilize it.

Fluids, which make it possible to deposit sperm toward the back of a woman’s vagina. This area is close to the cervix, which is the opening of the womb, where babies develop.

Proteins, vitamins and minerals that fuel the sperm’s journey to the egg.

What is a Semen Analysis?

A semen analysis is a lab test that examines a sample of semen under a microscope. It evaluates things such as sperm count, activity (motility) and shape (morphology).

Who needs a semen analysis?

Reasons you may need a semen analysis include:

. Male infertility: If a couple has been having difficulty trying to conceive, there may be a semen abnormality. In some cases, it’s due to an issue with a man’s sperm. A semen analysis evaluates the likelihood that a man can cause a pregnancy.

. Vasectomy follow-up: A semen analysis determines whether a vasectomy was successful. This procedure blocks the tubes that deposit sperm in semen. If there are no sperm in the semen, the vasectomy worked, and a man cannot get a woman pregnant.

How does a semen analysis work?

A man masturbates to produce a semen sample. This is the preferred method because it provides a clean sample. Since sperm counts vary from day to day, you may need to provide more than one sample spaced out a few weeks apart.

Healthcare providers use research-based methods to handle and test the semen. Going to a lab that specializes in semen analysis ensures you receive accurate results.

This includes labs that:

. Are part of a fertility clinic.

What does the analysis look at?

A post-vasectomy semen analysis checks to see whether the semen contains sperm.

When used as a fertility test in men, it looks at:

. pH level: Whether semen is too acidic, which can affect sperm health.

. Semen volume: Amount of semen in the sample (in millimeters).

. Sperm concentration: Number of sperm per millimeter of semen.

. Sperm morphology: Size and shape of the sperm.

. Sperm motility: Ability of the sperm to swim toward an egg.

. Time to liquefaction: How quickly semen changes from a sticky substance to a liquid.

. Vitality: Percent of live sperm in the sample.

. White blood cells: A sign of infection or inflammation.

How do I prepare for a semen analysis if it’s used for fertility testing?

How do I prepare for a post-vasectomy semen analysis?

How do I provide a semen sample to check fertility?

What do results look like for post-vasectomy semen analysis?

After a vasectomy, it can take several weeks for semen to become sperm-free (azoospermia) or have very few non-moving sperm. You should use backup birth control, like condoms, until you have a test with the desired result.

What do results look like for male fertility testing?

The lab compares the characteristics of your semen to expected values. Your semen should contain:

. Active sperm, each with a single round head and tail.

. A certain number of sperm.

. Have a pH that’s not too acidic.

. Fluid that turns to liquid in a short amount of time so it can travel through a woman’s reproductive system.

What do abnormal results mean for my ability to help a woman conceive?

Abnormal results mean that you have a below-average chance of getting a woman pregnant. But a semen analysis is not the only factor in evaluating male infertility.

Extra testing is often needed to learn more. These tests may confirm or rule out:

. Blockages that prevent the body from releasing sperm into semen.

. Side effects of medications or other medical issues.