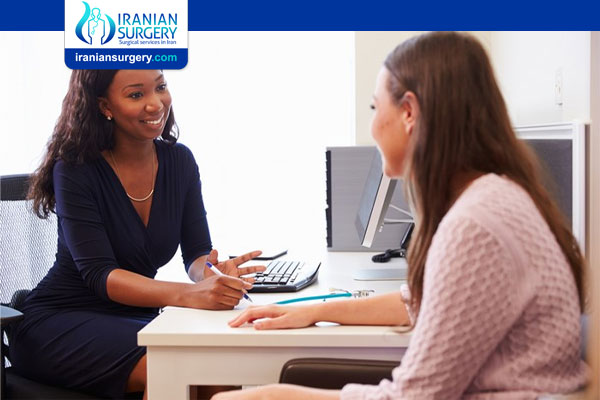 There are a variety of aesthetic genital plastic surgery procedures that may enhance appearance and reduce discomfort. These procedures include labiaplasty, clitoral hood reduction, labia majoraplasty, monsplasty and vaginoplasty.

Before discussing each of these procedures, it is important to look at the anatomy.

External Anatomy of The Female Genitalia

The hair-bearing area over the pubic bone at the upper portion of the female genitalia is called the mons. The hair-bearing outer lips are called the labia majora (singular is labium majus). The inner lips are called the labia minora (singular is labium minus). In the upper portion in the center is the clitoral hood, sometimes called the prepuce, which covers the clitoris in part or entirely. Below the clitoris is the urethral opening, and below that is the vaginal opening.

What Is a Labiaplasty?

The term labiaplasty refers to a procedure that reduces the length of the labia minora. It is the most commonly performed aesthetic genital plastic surgery and it can relieve symptoms women experience from twisting and tugging of the labia.

Women opt for surgery for a variety of reasons, including pain from twisting and tugging of the labia when riding a bike or during intercourse, itching, irritation and self-consciousness.

What Does a Labiaplasty Do?

The goal of the procedure is to reduce the labia minora so that they don't hang below the hair-bearing labia majora. A labiaplasty may be performed to reduce asymmetry when one is longer than the other, or, more commonly, to reduce the length of both labia so that the labia no longer twist, tug or fall out of a bathing suit.

Labiaplasty is a procedure that can be done under either local anesthesia with oral sedation or under general anesthesia.

The most common type of labiaplasty is the trim procedure, in which the extra tissue is removed and sewn up directly. Next in popularity is the wedge procedure, which maintains a natural border after a pie-shaped piece of tissue has been removed. Extra folds of the clitoral hood can also be reduced at the same time. Closure is usually done with absorbable sutures.

What Are the Risks of a Labiaplasty?

The risks associated with labiaplasty include those of most surgical procedures, including bleeding, hematoma and infection. The most common complication is over-resection. While some women desire an aggressive reduction, this can result in chronic dryness, scarring at or near the vaginal opening and pain with intercourse. Healing problems are more likely to occur with a wedge procedure, particularly if the patient is exposed to substances that cause blood vessels to shrink.

Most patients take a week off from work, during which they can reduce swelling and pain by icing with a cold pack sandwiched between the patient's underpants and an elastic garment, like Spanx. This can be done "twenty minutes on, twenty minutes off." The patient can also lie with her bottom elevated to reduce swelling.

Patients can resume wearing tampons or having intercourse after four to six weeks. Trim labiaplasty generally allows for a quicker recovery. While the most distorting swelling is gone by 6 weeks, residual swelling may take six months to disappear.

What Are the Results of A Labiaplasty?

Labiaplasty typically results in shorter labia that no longer hang down below the level of the hair-bearing labia majora. Most patients who experienced symptoms from twisting and tugging of their labia generally find relief after surgery. According to multiple studies, labiaplasty surgery is associated with a high satisfaction rate of over 90 percent.

What Is a Clitoral Hood Reduction?

Excess folds of the clitoral hood, or prepuce, can be reduced with a clitoral hood reduction. The procedure is most commonly done along with a labiaplasty.

What Does a Clitoral Hood Reduction Do?

The extra folds can create a bulge that is exaggerated when the labia minora are reduced, and a clitoral hood reduction can improve the balance in appearance of the female genitalia.

Anesthesia For a Clitoral Hood Reduction

A clitoral hood reduction is usually done at the time of a labiaplasty under either local anesthesia with oral sedation or under general anesthesia.

The excess tissue is marked according to the individual's anatomy. There is a wide variation in the shape and extent of folds. In some patients the excision is performed as a "Y" extension off the labiaplasty. Closure is usually done with absorbable sutures.

What Are the Risks Of A Clitoral Hood Reduction?

There is a risk of bleeding, hematoma, infection, nerve damage, under-resection or over-resection.

Recovering From a Clitoral Hood Reduction

The recovery is primarily determined by the accompanying labiaplasty.

What Are the Results of a Clitoral Hood Reduction?

What Is a Labia Majoraplasty?

A labia majoraplasty is a procedure designed to surgically reduce the size of the outer, hair-bearing labia majora.

Patients who feel their labia majora are too large or hang down may feel discomfort from such activities as cycling, or they may be embarrassed by the fullness.

Anesthesia For a Labia Majoraplasty

This procedure can be done under local anesthesia with oral sedation or general anesthesia, depending on the amount of tissue to be removed.

The plastic surgeon removes two slight crescents of skin from the inner portion of each labium. The amount to be removed depends on the amount of excess tissue. In some cases, when there is atrophy of fatty tissue, a small amount of fat can be transferred from another area of the body after liposuction. Closure is usually done with absorbable sutures.

What Are the Risks of a Labia Majoraplasty?

Recovering From a Labia Majoraplasty

Most patients take a week off from work, during which they can reduce swelling and pain by icing with a cold pack sandwiched between the patient's underpants and an elastic garment, like Spanx. This can be done "twenty minutes on, twenty minutes off." The patient can also lie with her bottom elevated to reduce swelling.

Patients can resume wearing tampons or having intercourse after four to six weeks. Swelling after a labia majoraplasty can last 6 months or longer, depending on the thickness of the tissue, although much of the swelling is gone by 6 weeks.

What Are the Results of a Labia Majoraplasty?

What Is a Monsplasty?

A monsplasty is a procedure designed to reduce bulging of the mons.

Some women struggle with a bulge of excess skin and fat in the mons, the upper part of the hair-bearing part of their vulva. The bulge can result in women feeling too embarrassed to wear a bathing suit or tight pants.

What Does a Monsplasty Do?

The purpose of a monsplasty is to reduce the amount of fatty tissue and/or skin, depending on the cause of the bulge.

Anesthesia For a Monsplasty

Depending on the amount of tissue to be removed, local anesthesia with oral sedation may be used for some procedures, but general anesthesia may be preferable in others.

Sometimes the amount of skin removed can be extensive, while in others, liposuction is sufficient.

What Are the Risks of a Monsplasty?

Risks of monsplasty include bleeding, hematoma, infection and scarring.

Recovering From a Monsplasty

Recovery takes about a week, with physical activity restrictions for two to six weeks, depending on the extensiveness of the procedure. If skin is removed, a drain or two may be placed, with removal typically scheduled within the first few days.

What Are the Results of a Monsplasty?

This procedure results in a lower profile mons that typically projects less in clothing. In some patients with a mons that hangs, removal of excess skin can result in less hanging.

What Is a Vaginoplasty?

Vaginoplasty (also known as posterior colporrhaphy) is a procedure designed to tighten the vagina. An alternative is noninvasive vaginal tightening through heating tissues with radiofrequency waves or laser. Patients with significant laxity may not experience a benefit from these treatments and may be better candidates for surgical tightening with vaginoplasty.

Read more about : Virgin tightening surgery before and after pictures

After childbirth, women may complain of vaginal laxity, resulting from stretching of tissues and separating of muscles, sometimes to the point that a tampon falls out, and this lack of tone can contribute to sexual dysfunction.

What Does a Vaginoplasty Do?

A vaginoplasty brings the separated muscles together, and the extra mucosa skin from the back side of the vagina is removed. The external skin can also be removed for a more aesthetic appearance.

Anesthesia For a Vaginoplasty

Once the amount of tightening to be done is determined, a pie-shape wedge is marked to delineate the extra skin to be removed from inside the vagina. Beneath the skin, the tissues are tightened with strong sutures. Once the vaginal canal has been tightened, the mucosal skin is sutured closed. If there is external skin that protrudes, this can be reduced as well for a more aesthetic result.

What Are the Risks Of A Vaginoplasty?

Risks from vaginoplasty include infection, bleeding, pain, along with rare complications.

Recovering From a Vaginoplasty

Patients may have one to two weeks of down time. They may feel a deep ache for the first few days, and there is no tampon use or intercourse for eight weeks. Depending on the amount of tightening performed, some patients may be instructed to use dilators.

What Are the Results of a Vaginoplasty?

This procedure typically results in a tighter vaginal canal, which can help enhance sexual satisfaction.