Why Do Persians Get Plastic Surgery? 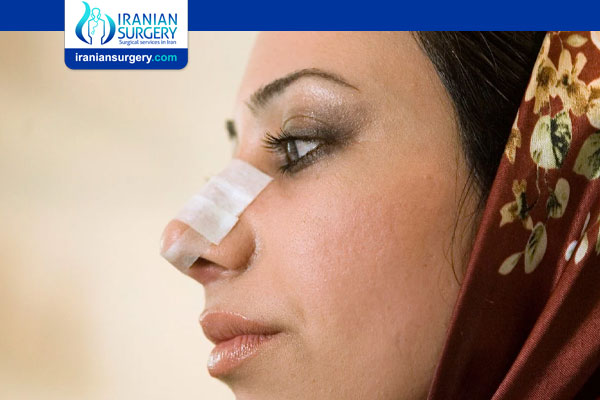 Why Do Persians Get Plastic Surgery?

“Roosari” is the Farsi term used for a head-covering. The famed Iranian veil is the most conspicuous feature of a modern Iranian woman’s ensemble. Yet, wearing the Roosari was not always the norm. Only one generation ago, the country had banned this staple of Iranian wardrobe in the name of westernization.1 From ancient Persia to the modern state, the people of Iran have had an enigmatic relationship with aesthetics and the expression of beauty. Here lies the interesting role of vanity in Iranian culture. From meticulously embroidered rugs to tales of beautiful Persian princesses, Iranian history and culture is romanticized for its extravagance and lavish qualities.

Yet, showcasing beauty in modern day Iran is often scoffed under the rule of modesty and tradition that so embodies the modern state. This dichotomy sets up a fascinating backdrop for the development of cosmetic surgery, a field of medicine that has flourished at an uncanny rate in this unlikely setting. In today’s Iran, you can find a plenitude of women fashioning their traditional head-coverings with a bandage covering the nose, evidence of a recent cosmetic intervention. In fact, Iran, deemed by some the “nose job capital of the world,” has become a world leader in the research and clinical practice of cosmetic surgery.1-4

The establishment of Achaemenid Empire in the sixth century BC brought about huge advancements to medical innovation in Iran. Herodotus mentions the Persian practice of dressing wounds with clean bandages during combat. It is believed that the daughter of Cyrus the Great was cured of breast cancer by surgical intervention.5 Darius I recruited physicians from throughout his vast empire to debate the modern medical practices of the day; what we might call surgical societies today.6 By the third century AD, Iran was home to the greatest medical university in the world, and what some historians consider the first ever hospital, the “Academy of Gondishapur.” It is thought that surgical operations were performed routinely in an extensive network of such hospitals in ancient Persia. Some attribute our modern hospital systems to the Persian groundwork of the age.7,8

By the third century AD, Iran also found itself at the center of culture and art. There are countless masterpieces recovered from the era, including mosaics, grand palaces, and carvings of Iran’s great rulers.9 Carpets crafted at the time show meticulous detail of impressive patterns that showcased elegance and creativity. Fabrics with a variety of colors were worn to exude grandeur and class. The Persians of old also had a preoccupation with cosmetics. Face powders, eye shadow, lipstick, and perfumes were applied liberally as the Persians of antiquity advertised their beauty and splendor.10

The Arab invasions of Iran in 630 AD interrupted this atmosphere of development. Places of learning, including universities and libraries, were largely destroyed. Fortunately, some ancient Greek, Indian, and Persian scripts were translated into Arabic, which replaced Farsi as the academic language of Iran. 6,11 But the pause was short-lived. As tensions quelled, the Persians once again reclaimed their prowess of old. Iran between the eighth and thirteenth century, ruled by various caliphates, enjoyed a period of vast scientific, economic, and cultural developments – the advancement of medicine and surgery was not lost. The “Islamic Golden Age” had arrived.12

A group of Persian scholars worked to systematize all known medical knowledge from the medieval world. Avicenna wrote hundreds of medical texts still used as standard medical reference as late as 1650.612,13 Rhazes described how incisions made in parallel aligned with the natural contours of the body can accelerate healing and improve scarring. This concept is well-known in modern cosmetic surgery as “Langer’s Lines.”6 Ancient Persian texts from 1000 AD mentioned the use of cannabis and poppy for pain control during operations. Another scholar, Masoudi, wrote a concise encyclopedia named “The Complete Art of Medicine,” which is perhaps the first account of craniofacial and limb anomalies.6,11,12

The world of art and culture made strides as well, albeit under firm oversight. The Arab invasion of Iran brought with it a new set of rules with Islam at its center. Veiling of women and segregation of the sexes became commonplace. Women could not wear overly gaudy clothing and could not expose any parts of their bodies in public.14 Nonetheless, Persians of the time remained an artistic and ostentatious people. Accounts of the time describe elegant living and an atmosphere of opulence. There are reports of hugely extravagant weddings where grand princes married beautiful princesses. Perfumes were in high demand and make-up was widely used. Writing and art of the time offered the ideal of perfected beauty in women: long curly hair, long arched eyebrows, large eyes, and beauty marks. Under the guise of the Islamic invasion, Persian self-expression in beauty, vanity, and art endured.10

The modern history of cosmetic surgery in Iran began with innovation from west. On the world stage, plastic surgery made its initial leaps in Europe during World War I. The conflict provided western powers the opportunity to advance surgical innovation, as the many thousands of wounded soldiers were treated from the front lines. As the war ended, a whole generation of soldiers had suffered injuries with pronounced cosmetic consequences. The landscape of surgical intervention in Europe expanded from reconstructive to include the aesthetic as well. The first societies of Plastic Surgery developed in the 1930s and the European Society of Reconstructive Surgery was founded in 1936.6,15

This set the stage for the Iran-Iraq war, perhaps the biggest spark for surgical advancement in Iran’s history. Much as World War I had done for Europe, the bloody war between Iran and Iraq accelerated progress in surgical reconstruction and cosmetics. The now capable plastic surgeons of Iran showcased their abilities by treating the Persian soldiers suffering from battle wounds. Their experiences culminated in enormous growth in the field, ushering in the modern Iranian cosmetics boom.6

In a 2013 study, Iran ranked fourth of all countries where the most rhinoplasty operations were performed.16 This did not include a vast underground network of practitioners that are known to operate in Iran.17 The Rhinology Research Society of Iran found that the rhinoplasty rate per capita in Iran is seven times that of the US.2 Some estimate Iran has the highest rate of rhinoplasty operations in the world today.  Other cosmetic procedures are on the rise as well. Additionally, research in plastic surgery is currently one of the most dynamic and accomplished fields of Iranian medicine.1 The cosmetics industry is likewise booming. According to market research, Iran is currently the second largest cosmetics market in the Middle East and ranked seventh in the world.18,19

Iran’s plastic surgery craze seems odd considering neighboring countries are far behind in surgical progress, nonetheless in a field devoted to the aesthetics. Why is a traditional Islamic country so bent on cosmetic enhancement? Vanity and allure are hardly tenets of the religion. Looking at the history of head-coverings in the last several decades offers a telling account of these opposing forces. Iran banned veiling in 1936 under the ruler Reza Shah in an attempt to modernize the country. Reza Shah and his son after him, wanted to bring Iran into the twentieth century, stripping the modesty of strict Islamic law. Several decades later, after the Islamic revolution of Iran in 1979, wearing the veil became compulsory in the name of religious piety. From centuries ago to the modern Iranian state, this contrapuntal give-and-take has persevered.1,10

The peculiar landscape of Iran today may actually parallel Persia of old. The ancient Iranians, under the rule of an Islamic invasion, remained an expressive, brazen, and progressive people. Modern Iranians live in a similar clash: a religion steeped in modesty with a cultural psyche that appreciates modernity, progress, and the outward expression of beauty.

The obvious truth is that under a veil, the nose is the only anatomical feature open for improvement. Perhaps in cosmetic surgery the Iranian people have found a way to tackle their age-old dilemma. Has rebellion found its voice in plastic surgery? One can interpret the plastics boom as a small gesture to reclaim a storied history that time and time again was at the center of worldwide progress—a country that only several decades ago was trying to regain its modernity. In a broader sense, it points to a culture of self-expression and beauty that has always been central to the Iranian soul. Regardless of the reason, the rhinoplasty and Roosari seem to create a fitting picture for the modern Iranian woman, an unsuspecting harmony between opposing forces.

Iranian surgery is an online medical tourism platform where you can find the best doctors and surgeons in Iran. The price of gender-affirming surgeries in Iran can vary according to each individual’s case and will be determined by an in-person assessment with the doctor.

For more information about the cost of gender-affirming surgeries in Iran and to schedule an appointment in advance, you can contact Iranian Surgery consultants via WhatsApp number 0098 901 929 0946. This service is completely free.