In the Classical era, part of the territory of present-day Tehran was occupied by Rhages, a prominent Median city.[8] It was subject to destruction through the medieval Arab, Turkic, and Mongol invasions. Its modern-day inheritor remains as an urban area absorbed into the metropolitan area of Greater Tehran.

Tehran was first chosen as the capital of Iran by Agha Mohammad Khan of the Qajar dynasty in 1796, in order to remain within close reach of Iran’s territories in the Caucasus, before being separated from Iran as a result of the Russo-Iranian Wars, and to avoid the vying factions of the previously ruling Iranian dynasties. The capital has been moved several times throughout the history, and Tehran is the 32nd national capital of Iran. Large scale demolition and rebuilding began in the 1920s, and Tehran has been a destination for mass migrations from all over Iran since the 20th century.[9]

Tehran is home to many historical collections, including the royal complexes of Golestan, Sa’dabad, and Niavaran, where the two last dynasties of the former Imperial State of Iran were seated. Tehran’s most famous landmarks include the Azadi Tower, a memorial built under the reign of Mohammad Reza Shah of the Pahlavi dynasty in 1971 to mark the 2,500th year of the foundation of the Imperial State of Iran, and the Milad Tower, the world’s sixth-tallest self-supporting tower which was completed in 2007. The Tabiat Bridge, a newly-built landmark, was completed in 2014.[10]

There have been plans to relocate Iran’s capital from Tehran to another area, due mainly to air pollution and the city’s exposure to earthquakes. To date, no definitive plans have been approved. A 2016 survey of 230 cities by consultant Mercer ranked Tehran 203rd for quality of life.[14] According to the Global Destinations Cities Index in 2016, Tehran is among the top ten fastest growing destinations.[15]

October 6 is marked as Tehran Day based on a 2016 decision by members of the City Council, celebrating the day when the city was officially chosen as the capital of Iran by the Qajar dynasty back in 1907.

The majority of Tehranis are officially Twelver Shia Muslims, which has also been the state religion since the 16th-century Safavid conversion. Other religious communities in the city include followers of the Sunni and Mystic branches of Islam, various Christian denominations, Judaism, Zoroastrianism, and the Bahá’í Faith.

There are many religious centers scattered around the city, from old to newly-built centers, including mosques, churches, synagogues, and Zoroastrian fire temples. The city also has a very small third-generation Indian Sikh community that has a local gurdwara that was visited by the Indian Prime Minister in 2012.

Tehran, as one of the main tourist destinations in Iran, has a wealth of cultural attractions. It is home to royal complexes of Golestan, Saadabad and Niavaran, which were built under the reign of the country’s last two monarchies.

There are several historic, artistic and scientific museums in Tehran, including the National Museum, the Malek Museum, the Cinema Museum at Ferdows Garden, the Abgineh Museum, Museum of the Qasr Prison, the Carpet Museum, the Reverse Glass Painting Museum (vitray art), and the Safir Office Machines Museum. There is also the Museum of Contemporary Art, which hosts works of famous artists such as Van Gogh, Pablo Picasso, and Andy Warhol.

The Iranian Imperial Crown Jewels, one of the largest jewel collections in the world, are also on display at Tehran’s National Jewelry Museum.

A number of cultural and trade exhibitions take place in Tehran, which are mainly operated by the country’s International Exhibitions Company. Tehran’s annual International Book Fair is known to the international publishing world as one of the most important publishing events in Asia 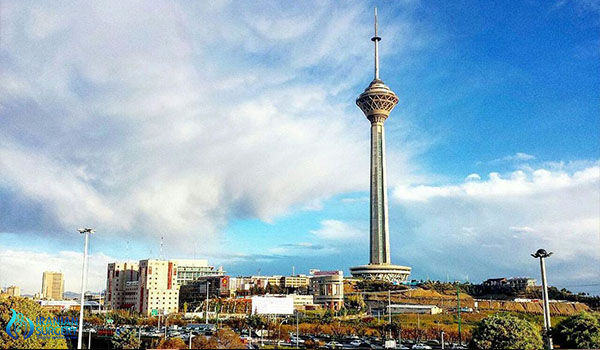 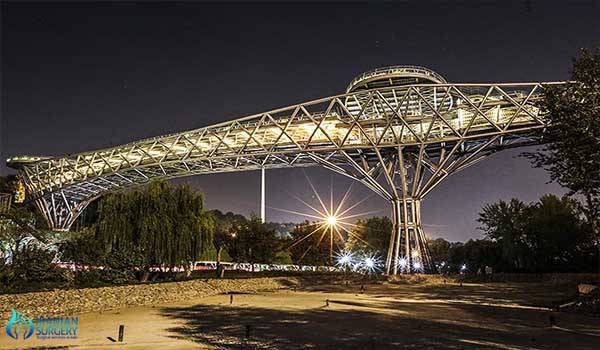 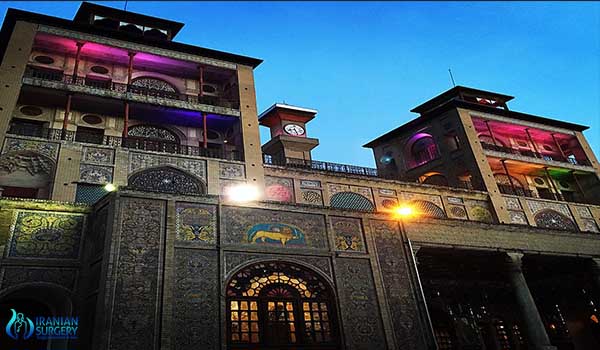 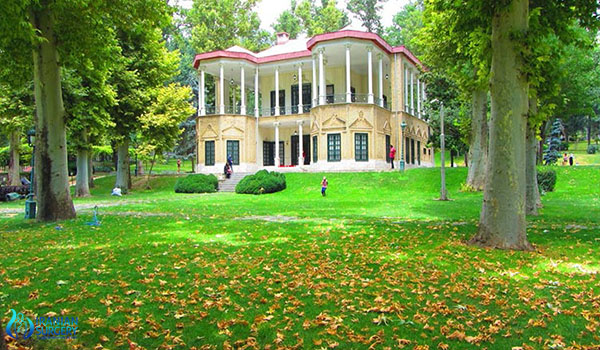 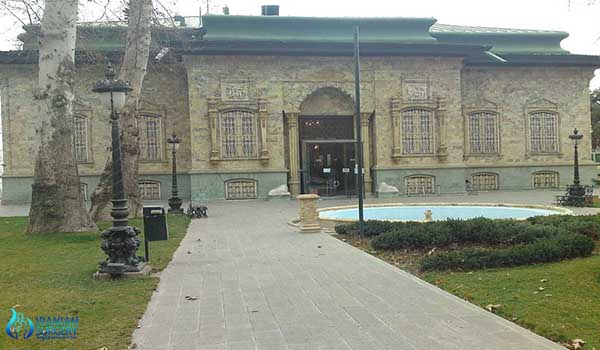 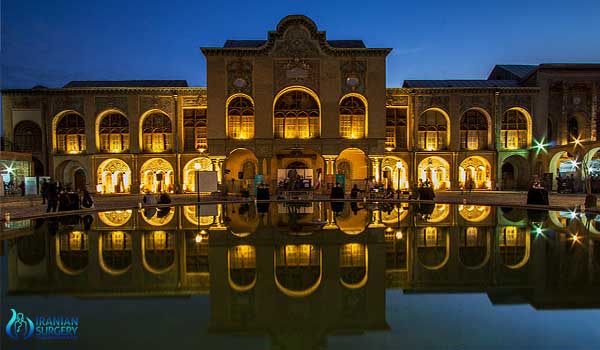 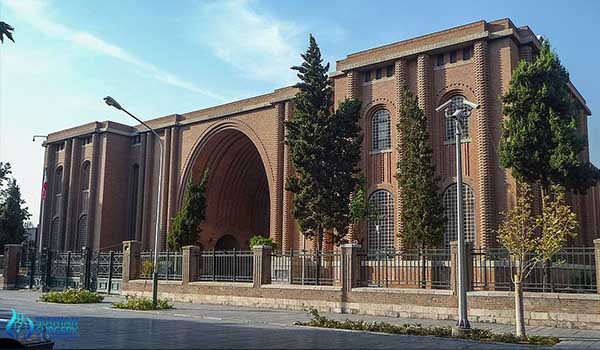 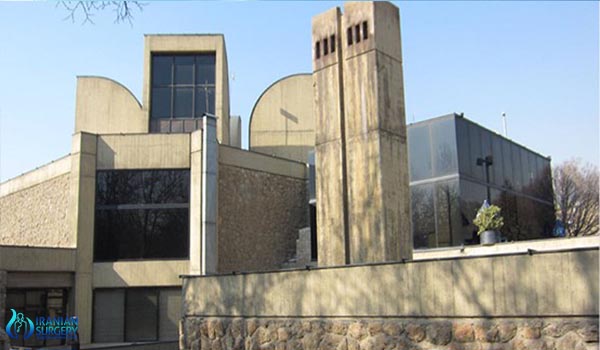 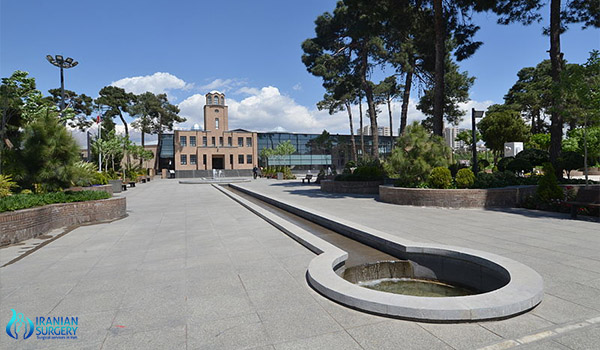 Museum of the Qasr Prison 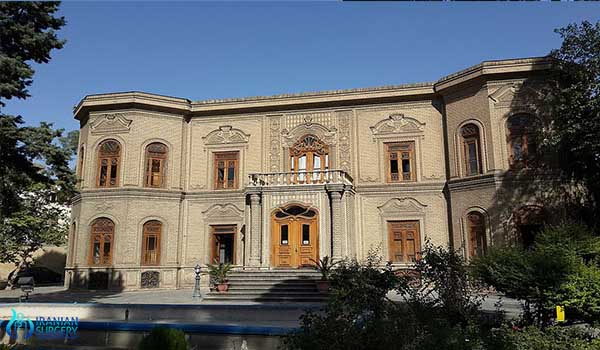 The Azadi Stadium is the largest football stadium in West Asia.