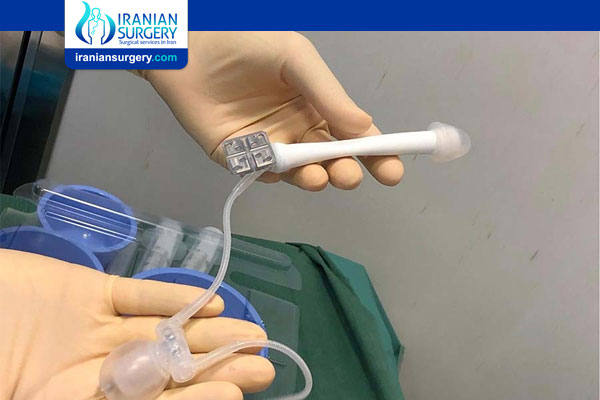 If you are looking for the answer to the following questions, read this article to the end.

. What are the available types of penile prostheses/implants?

. What penile implant should you get?

. What are the pros and cons of each erectile device?

There are two main classes of penile prosthesis, the malleable and inflatable models. The malleable or semi-rigid prostheses consist of a silicone rod with a flexible steel core which allows it to be both stiff and bendable. A newer type has interlocking metal segments with a cable connector instead of a steel core allowing flexibility and when the cable is manipulated, the whole thing locks and becomes rigid. There are no external moving parts and they are to all purposes indestructible. They have been used in phalloplasty, as they are simple to insert. Unfortunately, the drawback is their rigidity, which exerts constant pressure on the skin in spite of the Dacron sheath, and erosions are common. Also having a permanently stiff phallus is very inconvenient.

Because of the above problems with the semi-rigid prostheses, inflatable prostheses is mostly offered. This is essentially a balloon that can be filled with fluid to create rigidity when an erection is needed. This is much more like the normal erectile spongy tissue. We cannot however reproduce the elastic function of the tunica because the phallus skin is fixed in size.

There are a number of advantages of the inflatable over the semi-rigid. Firstly, it functions more naturally. Secondly, in the flaccid state there is much less pressure on the skin and so less likelihood of erosion. The cylinders can expand in girth and with a high pressure of fluid inside can be just as hard as a semi-rigid device. Disadvantages include a higher infection rate because it has more components and also a mechanical breakdown risk as there are moving parts. Our data suggest that about 30% of inflatable prosthesis will fail for mechanical reasons in the first 10 years and require replacement.

The 3 Types of Penile Implants Are:

. The non-inflatable or semi-rigid implant.

76 patients (58.9%) out of 129 still have their original implant in place as of the date of the study’s publication in February 2010, according to a long-term study of outcome of neophallus after the implantation of an erectile inflatable prosthesis (Hoebeke et al. 2010)

Fifty-three patients (41.1%) out of 129 needed to undergo either removal or revision of the prosthesis due to infection, erosion, dysfunction, or leakage.

Patients with penile prosthesis were more able to attain their sexual expectations than those without prosthesis, although the group with prosthesis more often reported pain during intercourse (De Cuypere et al. 2005).

Now that you are familiar with the recent medical research, let’s look at each implant in detail and especially consider pros and cons of each option.

Consists of one or two bendable rods inserted into the penis made of an outer coating of silicon and an inner stainless-steel core of interlocking plastic joints.

. Can be bent into different positions for erect and flaccid states.

. Works simply by bending the penis into the erect position to achieve the look of an erection and by bending penis down to end an erection.

. Because non inflatable implants are always firm, one should note that the look of a flaccid penis may appear as a semi-erection.

. Can be conveniently used by individuals with manual dexterity issues

. Simplest procedure to perform and is least expansive

. Less vulnerable to mechanical failure than inflatable implants and can last more than 20 years

. The rigidity of erection is less

. Downside of having a permanent semi-erection, which can feel and look awkward

. Can be difficult to conceal even when beneath several layers of clothing

. Consists of a reservoir that holds salt water at the beginning of the cylinders (base of the penis) with the pump and release valve located in the scrotum.

. Works by gently squeezing the concealed pump several times to move the saline solution from the reservoir into the cylinders.

. As the cylinders fill, the penis becomes erect and firm.

. To transfer fluid back into the reservoir to end the erection, one has to gently bend the penis down for 6 to 12 seconds.

. Totally concealed in the body

. Likelihood of malfunctioning or developing leaks

. The penis is not as rigid as with a three-piece penile implant due to smaller amount of fluid being transferred into the cylinders

. The pump can be felt more in the scrotum to sexual partners compared to the softer pump of the 3-piece penile implant

AMS Ambicor is a popular brand for a 2-piece inflatable penile implant.

. Consists of cylinders in the penis, the reservoir in the belly, and the pump and release valve in the scrotum.

. To use, gently squeeze the concealed pump in the scrotum several times to move the saline solution form the reservoir into the cylinders.

. To end the erection, press a “deflation site” on the pump, transferring the fluid back to the reservoir resulting in a flaccid penis.

. Easier to inflate than a 2-piece device due to larger, softer pump

. Offers best flaccidity when not in use

. Totally concealed in the body

. More easily concealed under the clothing

. Highly vulnerable to leakage and dysfunction

. Requires the user to have good skills for operating it

. Most involved implant surgery and most expensive out of the three options

. Can last as little as 3 years before needing replacement

Popular brands of a 3-piece penile implant are AMS 700 Series and Coloplast Titan OTR and Titan.