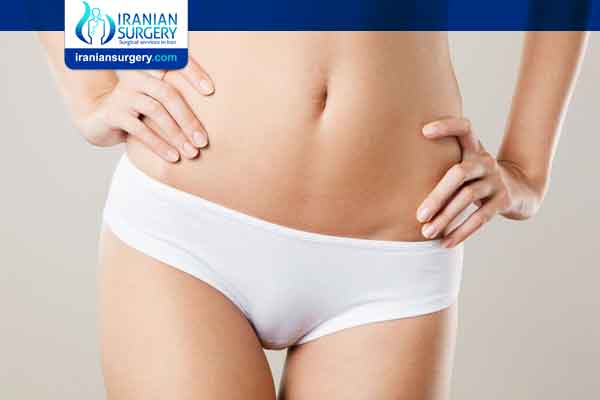 There are several types of gender-affirming surgeries that are available to transgender men and some nonbinary people who want to undergo genital surgery, also known as gender affirmation surgery and "bottom surgery." The 2015 U.S. Transgender Survey found that approximately 50% of transgender men wanted or had undergone such a surgery.1

Metoidioplasty is the creation of a phallus (penis) from the hormonally-enlarged clitoris. The clitoris naturally enlarges when a person begins to take testosterone. During a metoidioplasty, the clitoral ligaments are detached, which allows the clitoris to lengthen and drop into a position similar to that of a natal phallus.

A minimum of a year on testosterone is a requirement for all transmasculine genital surgeries.

On average, the created phallus is between 5 and 7 centimeters long, which may or not be sufficient to penetrate a partner sexually. (Depending on the individual, this is not always a concern.) A plastic surgeon then sculpts the head of the clitoris to more closely resemble the glans penis, At the same time, the labia can be reshaped into a scrotum (scrotoplasty), with or without testicular prostheses.

Being able to stand to urinate is a major reason that transmasculine people choose to undergo genital surgery.

Phalloplasty is the construction of a neophallus or reconstruction of a penis. This procedure is used to create a phallus in gender confirmation surgery. It is also used to repair the penis in cases of trauma, cancer, congenital defects, and other issues.

Phalloplasty requires multiple surgeries to complete the process and can result in numerous complications, although most of them are relatively minor and fixable. The surgery has decreased in frequency in favor of metoidioplasty, which is a more recently developed procedure.

The difference between the prevailing phalloplasty techniques is the location from which the donor skin is taken and the way in which it is removed and reattached. Donor sites can include the lower abdomen, groin, torso, or thigh. However, the preferred site of most surgeons is the forearm.

The radial forearm free-flap (RFF or RFFF) phalloplasty is the most recent evolution in genital reconstruction. In a free flap procedure, the tissue is completely removed from the forearm with its blood vessels and nerves intact. These blood vessels and nerves are reattached with microsurgical precision, allowing blood to flow naturally to the new phallus.

This procedure is preferred to other techniques because it provides excellent sensitivity along with good aesthetic results. The urethra can be constructed in a tube-within-a-tube fashion, allowing for standing urination. There is room for the later implantation of an erection rod or inflatable pump.

The chances of mobility damage to the donor-site are also low, however skin grafts to the forearm often leave moderate to severe scarring. This procedure is not ideal for someone worried about visible scars.

The anterior lateral thigh (ALT) pedicled flap phalloplasty is not the leading choice of most surgeons because it results in a much lower level of physical sensitivity in the new penis. In a pedicled flap procedure, the tissue is separated from the blood vessels and nerves. The urethra can be restructured for standing urination, and there is ample room for a penile implant.

The abdominal phalloplasty, also called the supra-pubic phalloplasty, is a good choice for trans men who don’t require a vaginectomy or a restructured urethra. The urethra will not go through the tip of the penis and urination will continue to require a seated position.

The procedure leaves a horizontal scar stretching from hip to hip. This scar is easily hidden by clothing. Because it does not involve the urethra, it is associated with fewer complications.

A musculocutaneous latissimus dorsi (MLD) flap phalloplasty takes donor tissue from the back muscles underneath the arm. This procedure provides a large flap of donor tissue, which allows surgeons to create a larger penis. It is well-suited for both a restructuring of the urethra and the addition of an erectile device.

The flap of skin includes blood vessels and nerve tissue, but the single motor nerve is less erotically sensitive than the nerves connected with RFF. The donor site heals well and is not nearly as noticeable as other procedures.

There are advantages and disadvantages to both metoidioplasty and phalloplasty. It's important for trans individuals to discuss their interests and priorities with their surgeon during the early consultation phase. Many people who choose metoidioplasty are happy with the outcome of their surgery. However, depending on surgical goals, as well as body composition and structure, it is not always the best choice.

Some advantages of metoidioplasty over phalloplasty include:

. It has lower complication rates and requires fewer procedures, even with urethroplasty.

. It does not result in large scars that may be considered stigmatizing. The scars left by the most common phalloplasty technique (using a skin flap from the arm or groin) are large and recognizable to anyone who knows what to look for. For some, that is not an issue. For others, it may be a significant drawback.

. Metoidioplasty usually has a slightly lower risk of complications than phalloplasty, although both procedures have high frequencies of side effects, most of which are relatively minor.

. The phallus created by metoidioplasty has natural erectile function, and there is no need for a penile prosthesis.

Some advantages of phalloplasty over metoidioplasty include:

. Patients are more likely to be able to sexually penetrate their partners, although erectile rods are needed to achieve an erection.

. The phallus is significantly larger than those created through metoidioplasty, although the drawback is the lack of erogenous sensation.

. Some people feel that this surgery creates more natural-looking genitalia.

For transmasculine individuals who initially choose metoidioplasty, it is possible to later undergo a phalloplasty. This is true regardless of whether the person decides to have a urethral lengthening at the time of the procedure.4 However, the reverse is not true. The procedure for embedding the clitoris in the penis during phalloplasty makes a later metoidioplasty not feasible.

Can I Procreate (Father A Child) After Having Metoidioplasty?

No, the surgery will not allow you to father a child. The main objective of this surgery is to obtain the most natural as possible male external genitals. To have children, your body needs internal male structures like testes, where sperm is created, and a prostate, which makes secretions of male seminal fluid possible.

Iranian surgery is an online medical tourism platform where you can find the best plastic surgeons in Iran. The price of Phalloplasty/Metoidioplasty can vary according to each individual’s case and will be determined by an in-person assessment with the doctor.

For more information about the cost of Phalloplasty/Metoidioplasty in Iran and to schedule an appointment in advance, you can contact Iranian Surgery consultants via WhatsApp number 0098 901 929 0946. This service is completely free.

1Can you stand to pee with Metoidioplasty?
During a metoidioplasty, the clitoral ligaments are detached, which allows the clitoris to lengthen and drop into a position more similar to a natal phallus. ... Then, men are able to pee from their phallus. Being able to stand to pee is a major reason that men choose to undergo genital surgery.
2What Metoidioplasty means?
When it comes to lower surgery, transgender and nonbinary people who were assigned female at birth (AFAB) have a few different options. ... Metoidioplasty, also known as meta, is a term used to describe surgical procedures that work with your existing genital tissue to form what is called a neophallus, or new penis.
3Can you feel anything phalloplasty?
Phalloplastys do have feeling but it was much more common WAY BACK WHEN for them not too. That is no longer a typical thing, although it's still a risk as in with every surgery. It is quite COMMON for a phalloplasty to result in a penis that reacts to cold, heat and touch with the ability to orgasm
4What is bottom surgery for FTM?
FTM/FTN bottom surgery procedure Phalloplasty and metoidioplasty are two methods that involve the construction of a neopenis. Scrotoplasty may be performed with either surgery, which modifies the major labia into a scrotum
5What is Transbucket?
Transbucket is a website where trans men, trans women and gender non-binary folks who have had transition-related surgeries (also known as sex reassignment surgery, gender reassignment surgery (GRS), genital reconstruction surgery, sex affirmation surgery, gender confirmation surgery, sex realignment surgery) can post
6Is bottom surgery dangerous?
The possible risks of transmasculine bottom surgery include, but are not limited to, bleeding, infection, poor healing of incisions, hematoma, nerve injury, failure of the transplanted tissues to survive, unsightly scars, exposure of the prosthesis, injury to the urinary tract, abnormal connections between the urethra
7What is female to male surgery called?
Vaginoplasty. During a vaginoplasty surgery, a surgeon creates both an outer and inner vagina by using skin and tissue from a penis. Your surgeon will use tissue from your foreskin to build the new opening of the vagina (also called the introitus)
8What is bottom surgery?
The goal of transfeminine bottom surgery is to transform the male genitalia and reconstruct it into that of a female. Transfeminine bottom surgery is typically performed as a single stage procedure. There are many techniques used to perform bottom surgery, and the most common is the penile inversion vaginoplasty.
9How is phalloplasty done?
Surgeons can lengthen the urethra and attach it to the female urethra so that urine will flow from the tip of the penis. ... A phalloplasty, specifically, is when surgeons turn a flap of donor skin into a phallus. But generally, it refers to a number of separate procedures that are often done in tandem.
10How many stages of phalloplasty are there?
Phalloplasty is done in two to four stages depending on the site.