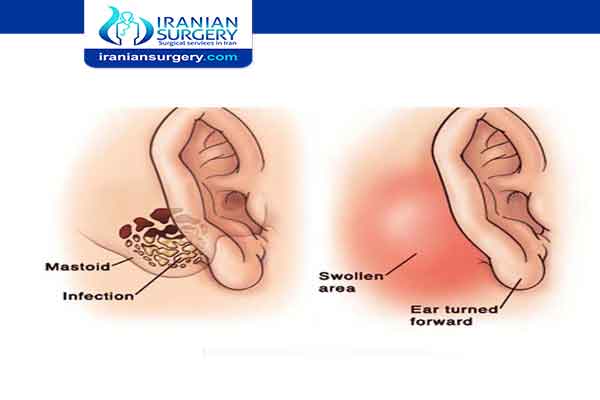 Recovery process after a mastoidectomy

How long does mastoidectomy surgery take?

What can you not do after ear surgery?

A mastoidectomy is a surgical procedure that removes diseased mastoid air cells. The mastoid is the part of your skull located behind your ear. It’s filled with air cells made of bone and looks like a honey comb. The diseased cells are often the result of an ear infection that has spread into your skull. The procedure can also be used to remove an abnormal growth of the ear known as a cholesteatoma.

Three variations of mastoidectomy procedures, including:

You can expect some hearing loss from a radical and modified radical mastoidectomy.

This surgery isn’t as common as it used to be. Antibiotics usually treat infections, but surgery is an option if antibiotics fail.

How to prepare for this surgery

The treating physician gives the patient a thorough ear, nose, and throat examination and uses detailed diagnostic tests, including an audiogram and imaging studies of the mastoid bone using x rays or CT scans to evaluate the patient for surgery.

The patient is prepared for surgery by shaving the hair behind the ear on the mastoid bone. Mild soap and a water solution are commonly used to cleanse the outer ear and surrounding skin.

What will happen during a mastoidectomy?

The drainage tube inserted during surgery is typically removed a day or two later.

Painkillers are usually needed for the first day or two after the operation. The patient should drink fluids freely. After the stitches are removed, the bulky mastoid dressing can be replaced with a smaller dressing if the ear is still draining. The patient is given antibiotics for several days.

The patient should inform the physician if any of the following symptoms occur:

Recovery process after a mastoidectomy

You can expect to have bandages over your ear when you wake up. There will also be stitches close to your ear. You may have a headache, discomfort, and some numbness.

After surgery, your doctor may:

You may have these associated complications

Complications of a mastoidectomy can include:

How long does Mastoidectomy surgery take?

The operation is performed through a cut behind your ear, with you asleep under a general anaesthetic for approximately 2 to 4 hours.

What is a mastoid dressing?

Mastoid pressure dressing (MPD) with circumferential head bandage after middle ear surgery and cochlear implantation (CI) is used to minimize the postoperative hematoma and thus provides a good wound covering. But such dressing is usually uncomfortable for patients and may lead to other unpredictable complications. no clinically significant benefits have found for use of MPD following CI. We suggest abandoning the use of compression bandages after uncomplicated CI.

Wear chinstrap or head band dressings all day for 14 Days. This is important to keeping your new ears in position. After that, wear a clean headband at night for 3-6 weeks. You may shampoo your hair after the dressing has been removed the day after surgery.

What can you not do after ear surgery?

Your doctor will test your hearing after your ear has healed. This may be 8 to 12 weeks after surgery.

While you are healing, it is important to avoid getting water in your ear. You will also need to avoid heavy lifting, strenuous exercise, and other activities that may put pressure on your eardrum. This includes flying in an airplane, swimming, scuba diving, or playing contact sports.

1How long does Mastoidectomy surgery take?
The operation is performed through a cut behind your ear, with you asleep under a general anaesthetic for approximately 2 to 4 hours.
2Is a Mastoidectomy outpatient surgery?
A mastoidectomy is a surgery done on the temporal bone structures to remove the parts with chronic disease. This can also be done to gain access to problems deeper in the ear and skull.
3Is a Mastoidectomy painful?
You will be given a prescription for a pain medication, which may be taken for the first several days after surgery. Mild, intermittent ear pain is not unusual during the first 2 weeks after surgery. Pain above or in front of the ear is common when chewing.
4Is Mastoidectomy considered major surgery?
A mastoidectomy is a surgical procedure that removes diseased mastoid air cells. ... radical mastoidectomy, in which your surgeon may remove your mastoid air cells, your eardrum, most of your middle ear structures, and your ear canal.
5Is mastoid surgery dangerous?
Complications of mastoiditis If the mastoid bone is severely infected and isn't removed, it can cause hearing loss and life-threatening health complications such as: a blood clot. meningitis. a brain abscess
6How common is a Mastoidectomy?
Mastoidectomy. Mastoidectomy is the most common otologic procedure that is complicated by facial-nerve injury (typically to the tympanic segment), with a reported incidence of 1% to 5%.4 Injury to the nerve may also occur during tympanoplasty and during the removal of exostoses of the external auditory canal
7What can you not do after ear surgery?
You should avoid all activities that may increase the blood pressure in the head area. Therefore, avoid all bending over and lifting heavy objects for at least two weeks after surgery. You should not blow your nose for three weeks. Try to avoid sneezing for the first several weeks post-operatively.
8Can I drink alcohol after ear surgery?
Do not drink alcohol, including beer. Avoid lifting anything over 10 pounds.
9How long does it take to recover from cholesteatoma surgery?
At two to four months after surgery, the middle ear fluid reaction to surgery gradually clears. The hearing may fluctuate as the ear crackles and pops open. Sometimes, taste disturbance occurs, but usually clears within a few weeks to a few months. It can be permanent, especially if disease surrounds the taste nerve.
10Why is Mastoidectomy done?
A mastoidectomy is a procedure performed to remove the mastoid air cells. This can be done as part of treatment for mastoiditis, chronic suppurative otitis media or cholesteatoma. In addition, it is sometimes performed as part of other procedures (cochlear implant) or for access to the middle ear.