How Long Can You Wait to Have Radiation After Surgery? 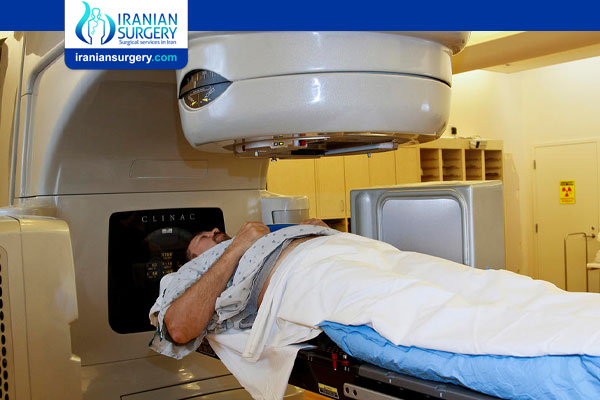 How Long Can You Wait to Have Radiation After Surgery?

Radiation therapy for breast cancer uses high-energy X-rays, protons or other particles to kill cancer cells. Rapidly growing cells, such as cancer cells, are more susceptible to the effects of radiation therapy than are normal cells. The X-rays or particles are painless and invisible. You are not radioactive after treatment, so it is safe to be around other people, including children.

Radiation therapy for breast cancer may be delivered through:

. External radiation. A machine delivers radiation from outside your body to the breast. This is the most common type of radiation therapy used for breast cancer.

. Internal radiation (brachytherapy). After you have surgery to remove the cancer, your doctor temporarily places a radiation-delivery device in your breast in the area where the cancer once was. A radioactive source is placed into the device for short periods of time over the course of your treatment.

When Will You Have Radiation Therapy After Surgery?

A common treatment schedule (course) historically has included one radiation treatment a day, five days a week (usually Monday through Friday), for five or six weeks. This course is still commonly used in people who require radiation to the lymph nodes.

Increasingly, doctors are recommending shorter treatment schedules (hypofractionated treatment). Whole-breast irradiation can frequently be shortened to one to four weeks. Partial-breast irradiation may be completed in five days or less. These hypofractionated treatment schedules work as well as the longer one and may reduce the risk of some side effects. Your radiation oncologist can help decide the course that is right for you.

If you're having an operation to remove the breast cancer and leave the remaining breast tissue intact (lumpectomy or breast-conserving surgery), your doctor may recommend radiation after your procedure to kill any cancer cells that might remain. Adding radiation after a lumpectomy reduces the risk that cancer will return in the affected breast.

Lumpectomy combined with radiation therapy is often referred to as breast conservation therapy. This type of treatment is as effective as having all the breast tissue removed (mastectomy). In special situations where the risk of recurrence is very low, your doctor may also discuss the option of avoiding radiation after a lumpectomy.

. Radiation to the entire breast. One of the most common types of radiation therapy after a lumpectomy is external beam radiation of the whole breast (whole-breast irradiation).

. Lymph nodes with signs of breast cancer. Underarm (axillary) lymph nodes that test positive for cancer cells are an indication that some cancer cells have spread beyond the breast.

. Large tumor size. A breast cancer larger than about 2 inches (5 centimeters) generally carries a higher risk of recurrence than do smaller cancers.

. Tissue margins with signs of breast cancer. After breast tissue is removed, the margins of the tissue are examined for signs of cancer cells. Very narrow margins or margins that test positive for cancer cells are a risk factor for recurrence.