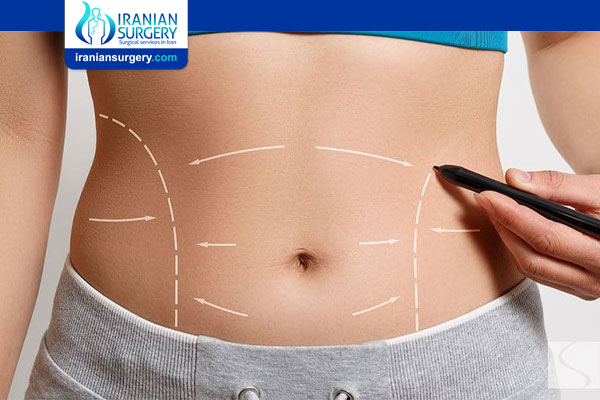 The damaged part of the body is firmly shut after the liposuction procedure to avoid edema, bruises, and discomfort. This can be covered using elastic bands and adhesive. For 1 to 2 weeks, you might have to use particular garments to tighten the area. For 1 to 2 days, the region will be discolored and puffy. For another few days, fluids may be leaked from the stitched-up site.

For a few days, fluid may leak from the holes. The fluid will initially be red, but it will clear up in few other days. For a minimum of 10 to 14 days, the site will be discolored and swelled. As shortly as you’re comfortable, you’ll be able to return to your normal routine.

Following liposuction, compression wraps will help to reduce edema, that is fluid, boost metabolism, and lessen the chance of skin folding. You can buy these online or at some pharmacies, but your surgeon will most probably give you one on the day of your operation to bring home with you.

You’ll have to use the compression garment or gear on the surgical region following the surgery and for the next 3 to 4 weeks. It will feel strange initially, but after a period, you will become accustomed to it.

Resting is essential for your body’s natural healing, so get some! Have at least 8 hours of sleep per night, and if you’re sleepy throughout the day, take short naps. Start to move around a bit per day, with your surgeon’s approval, to improve blood circulation and maintain your digestion functioning.

Last but not least, as a result of the inflammation caused by alcohol, your edema will worsen and your healing process will be lengthened. As a result, refrain from drinking for a while.

What Causes Fluid Buildup After Liposuction?

You might notice some weight on your body as if you’ve developed watery packages around your surgical site. You may start to panic, but you shouldn’t. Know that it is a natural and normal occurrence.

Infections and an accumulation of lymph liquids are the most common causes of swelling, that is, fluid buildup, following the liposuction operation. There are several things you can do to get rid of fluid buildup after liposuction. First of all, compression garments function by applying tension to the surgical site, forcing the system to soak up lymph liquids, preventing them from accumulating beneath the skin and causing edema. So, be sure to use them as recommended. In addition, it’s always vital to keep salty snacks to a minimum. After liposuction, salt encourages the body to hold water, leading to increased edema and swelling. In the next few weeks of your treatment, the majority of the swelling will have subsided, revealing a leaner, more sculpted image.

How Long Does It Take to Lose Fluid After Liposuction?

Liposuction causes the body or the treated area to be bruised and swollen with fluids. As you already know, we remove the fat by liposuction, which is often temporarily replaced with water. This fluid adds temporary extra weight and volume to your body, which may make you feel discomfort and wonder when will you lose these swelling and fluids. Doctors suggest that the fluid and selling will start to goes down after at least 10 to 14 days from surgery. You should wait for the swelling to disappear to see the final results of liposuction without looking a little bloated.