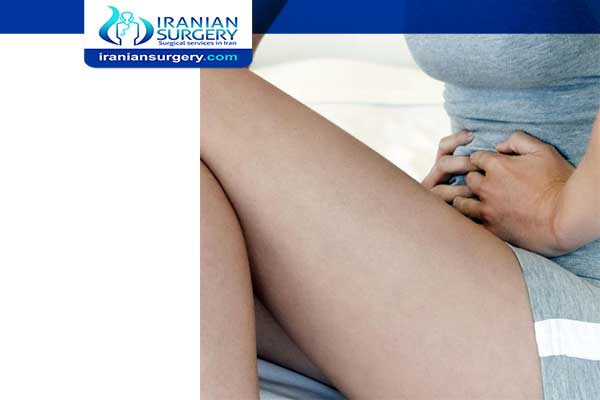 Femoral hernia is relatively uncommon but are an important problem due to their high rate of strangulation (because of their narrow neck). Femoral hernia occurs when abdominal viscera or omentum passes through the femoral ring and into the potential space of the femoral canal.

Femoral hernias account for 5% of abdominal hernias and are more common in women than men (ratio 3:1), because of the wider anatomy of the female bony pelvis. It is very rare for a femoral herniation to occur in a child.

Read more about: What size of ovarian cyst is dangerous?

Read more about: Pros and cons of deviated septum surgery

The exact cause of femoral and other hernias are unknown most of the time. You may be born with a weakened area of the femoral canal, or the area may become weak over time.

Straining can contribute to the weakening of the muscle walls. Factors that can lead to overstraining include:

Can a femoral hernia cause leg pain?

Large hernias may be more noticeable and can cause some discomfort. The most apparent symptom is a lump on the upper inner thigh or groin. The lump may be tender or painful. It sometimes may seem to disappear when a person is lying down and may worsen when they are straining. The pain may not just be in the area of the hernia; it can radiate to your hip, back and leg.

How do you know if you have a femoral hernia?

What are the signs and symptoms of a femoral hernia?

Large hernias may be more noticeable and can cause some discomfort. A bulge may be visible in the groin area near your upper thigh. The bulging may become worse and can cause pain when you stand up, lift heavy objects, or strain in any way. Femoral hernias are often located very close to the hip bone and as a result may cause hip pain.

In adults, femoral hernias that enlarge, cause symptoms, or become incarcerated are treated surgically.  Recovery time varies depending on the size of the hernia, the technique used, and the age and health of the patient. The two main types of surgery for hernias are as follows:

In open hernia repair, also called herniorrhaphy, a person is given local anesthesia in the abdomen or spine to numb the area, general anesthesia, or a combination of the two. The surgeon makes an incision in the groin, moves the hernia back into the abdomen. Repair is either performed by suturing the inguinal ligament to the pectineal ligament using strong non-absorbable sutures or by placing a mesh plug in the femoral ring.

Laparoscopic surgery is a minimally invasive procedure performed using general anesthesia. The surgeon makes several small incisions in the lower abdomen and inserts a laparoscope-a thin tube with a tiny video camera attached to one end. The camera sends a magnified image from inside the body to a monitor, giving the surgeon a close-up view of the hernia and surrounding tissue. While viewing the monitor, the surgeon uses instruments to carefully repair the hernia using synthetic mesh.

Most adults experience discomfort after surgery and require pain medication. Vigorous activity and heavy lifting are restricted for several weeks. The doctor will discuss when a person may safely return to work. Infants and children also experience some discomfort but usually resume normal activities after several days.

What happens if a femoral hernia goes untreated?

A femoral hernia can cause serious medical problems if left untreated, even if there are no troublesome symptoms to begin with. These complications may include:

Incarcerated hernia: A hernia can grow to obstruct the bowel if its contents become trapped in the weak area of the abdominal wall. An obstructed bowel will result in nausea, vomiting, an inability to pass gas or have a bowel movement, and severe pain.

Strangulation: An incarcerated hernia may block the flow of blood to part of your intestine. That strangulation can result in the death of the affected bowel tissue. A strangulated hernia requires immediate surgery; it is life threatening.

Can a femoral hernia heal itself?

A femoral hernia will not heal by itself and does require surgery to be repaired. All femoral hernias need to be treated surgically as they have a high risk of becoming strangulated. A femoral hernia repair is routinely performed as a day case, without the need for an overnight stay in hospital. The type of anesthesia will depend on the exact operation and the preferences of the surgeon and patient. Femoral hernia repairs are routinely carried out under general or regional anesthesia (where just the area being treated is anesthetized).

1Can a femoral hernia cause leg pain?
In many cases, you may not even see the bulge of a small femoral hernia. Large hernias may be more noticeable and can cause some discomfort. A bulge may be visible in the groin area near your upper thigh. ... Femoral hernias are often located very close to the hip bone and as a result may cause hip pain
2Can hernia cause leg pain?
The pain may not just be in the area of the hernia; it can radiate to your hip, back, leg — even to the genitals. As your hernia gets worse, many aspects of your life will get worse right along with it. Even if it isn't painful (yet), the sensation and pressure may cause you to avoid certain activities.
3What happens if a femoral hernia goes untreated?
Complications. When left untreated, a femoral hernia can result in additional complications, some of them severe. These complications may include: Incarcerated hernia: A hernia can grow to obstruct the bowel if its contents become trapped in the weak area of the abdominal wall.
4How dangerous is a femoral hernia?
A femoral hernia that gets stuck or 'incarcerated', on the way to strangulation, can cause severe local and abdominal pain, nausea and vomiting. If a loop or knuckle of intestine is within the hernia sac it requires immediate, emergency surgery. The estimated time for bowel viability (survival) is about 8-12 hours.
5Does hernia pain radiate?
Hernia Symptoms – Referred Pain This irritation in the nerve can cause pain to radiate, or be relayed to areas below or above the actual hernia. In the case of a groin hernia, this can mean pain in the lower abdomen, in the upper thigh, or into the scrotum and testes in men.
6When should I worry about hernia pain?
A hernia can also be painless and only appear as a bulging. The pain may be intermittent or constant and the swelling may decrease or be absent, depending on the amount of pressure in the abdomen. Constant, intense pain at a bulge site may indicate a medical emergency and should be evaluated immediately by a doctor.
7Can a hernia burst and kill you?
The part of the intestine that isn't getting enough blood can burst and die and, if not treated, can kill you. A "sports hernia" isn't really a hernia. It's a torn muscle in your lower belly that can cause pain in the same place as a real hernia.
8What does femoral hernia look like?
Femoral hernias sometimes appear as a painful lump in the inner upper part of the thigh or groin. The lump can often be pushed back in or disappears when you lie down. Coughing or straining may make the lump appear.
9Can a hernia be mistaken for something else?
Hernias are commonly under-pronounced while lying down as there is less pressure on your abdominal wall from your internal organs. Even a lump that doesn't reduce in size when you lie down could be a hernia, or it could be something else. Both are good reasons to speak to your doctor.
10Can I exercise with a femoral hernia?
In general people will be able to move around freely but should avoid strenuous exercise and lifting for at least the first few weeks. Most people continue to experience some discomfort for a few weeks after the operation, but this will gradually settle. ... A femoral hernia repair is generally a safe surgical procedure