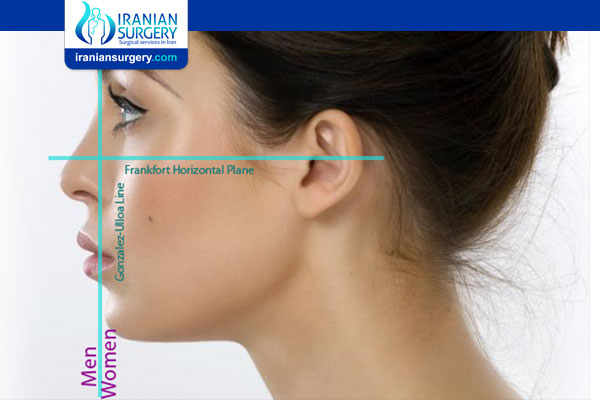 Chin implants are the simplest and most efficient way to reshape a person’s face in the shortest period of time. Besides proper placement technique, the selection of the implant is the most important part of the alloplastic chin augmentation procedure. However, its long surgical history and the design evolution of the implant has led to many different shapes and sizes being commercially available which can be understandably confusing.

Because of the 3D structure of this lower facial projection intermingled with trying to make a specific chin implant have the desired aesthetic effect, a two-step approach to choosing a chin implant is helpful. This is particularly relevant for those surgeons with limited or no prior experience with this type of facial implant surgery. No surgeon can have every available chin implant option at their disposal (57 of them) for use in any patient’s surgery. Walking into surgery with just one or two implant options could be the preoperative goal. The two steps of preoperative chin implant selection are

1) SIZE of chin deficiency and

Implants for chin deficiency first and foremost are chosen based on the size needed. While the amount of horizontal projection deficiency is but just one of the dimensions of the chin, it is the primary one that affects its appearance in most patients. The concepts of small, medium and large implant sizing, which is commonly used and always refers to a specific amount of horizontal projection that the implant provides, seems vague because it lacks a patient specific reference.

Since the chin is a projecting facial structure it is affected by the dimensions of projection, height and width. Ideally chin implant selection is based on matching what the patient’s dimensional needs are with what each specific implant style can accomplish which requires specific preoperative measurements. It also should be emphasized that computer imaging in any structural facial change is also of immense preoperative importance.

As a general rule remember that men typically prefer more significant changes than almost all females. Thus, when in doubt go up a size in men and down a size in women.

The chin shape implant sizing method allows for a rapid assessment of the horizontal projection requirements, the most significant dimensional need for most potential chin augmentation patients. Specific millimeter selections within the three size categories are based on an assessment from the patient of their undesired size outcome fear. I always ask the patient before surgery which they would prefer if a perfect size outcome is not achieved. (Too big or too small) While such a question is open to individual interpretation it does allow the surgeon to continue to have a patient-driven basis for the chosen chin implant size.

Once the patient horizontal chin augmentation needs are determined, the implant style selection is sneeded for chin shaping purposes. Eleven (11) different chin implant styles are available which can be divided into basic (6) and specialty (5) designs. The basic designs are the anatomic, extended anatomic, Conform extended anatomic, Terino extended anatomic, Flowers mandibular glove and chin-prejowl implants. These are the primary chin implants that are going to apply to most chin augmentation patients. Specialty designs are the central, square shaped, vertical lengthening, prejowl and wafer styles.

The basic chin implant styles have different shapes that allow for addressing the non-horizontal dimensional needs of each patient and can be described as follows:

. The extended anatomic chin (EAC) implant is the most commonly used and the most versatile. It evolved from the original button-shaped chin implant that looked abnormal and ‘non-anatomic’. By extending the implant behind the chin and further back along the jawline a more gradual transition was achieved that more closely resembled the natural shape of the underlying bone. Such implant extensions will add width to the chin which is usually a desirable feature of chin augmentation in men but not women.

. The Conform extended anatomic chin (CEAC) implant is similar to the EAC in shape and sizes. However, its internal surface has a regularly square-shaped grid pattern which provides increased adaption of the implant to the bone’s surface. Because the non-smooth internal surface is created by material removal, it has has a softer feel and will provide less push on the overlying soft tissues than the identical EAC implant size. This is typically used in  females who may want a extended wing shape but less risk of too much width.

. The Terino extended anatomic chin (TEAC) implant provides a slightly more square shape to the chin but not as strong as that of the square chin implant specialty design. This is best used in men and avoided in women.

. The Flowers mandibular glove chin (FMG) implant is an extended style that is distinguished by what it does anteriorly in the central chin. With a higher vertical profile and shape behind the soft tissue pad it provides a more upward tilt to it. This is useful in flatter chin pad profiles in either men or women.

. The anatomic chin (ACI) implant style provides pure horizontal augmentation with no width change due to the lack of lateral wings. Most of the time this is considered for use in females where frontally viewed width increases, along with too much horizontal projection, are potential sources of postoperative dissatisfaction.

. The mandibular prejowl chin (MPC) implant style has thicker lateral wings to specifically fill in indentations along the jawline right behind the chin. Its original design purpose was in facelift patients who needed horizontal chin projection but also had prejowl depressions as a result of midface soft tissue descent o. Thus it could be considered a ‘facial rejuvenation’ chin implant for older male and female patients.

. The wafer chin (WCI) implant is never used by itself as its effects would be too limited. Its purpose is to provide a small amount of additional augmentation to any of the other chin implants when it is intraoperatively determined that a small central horizontal boost would be of aesthetic benefit and to avoid using a new larger implant.

The vast majority of patients are going to be well served by the EAC style with gender preferences for the TEAC (male) and CAEC (female) patients.