Chance Of Twins IUI vs IVF 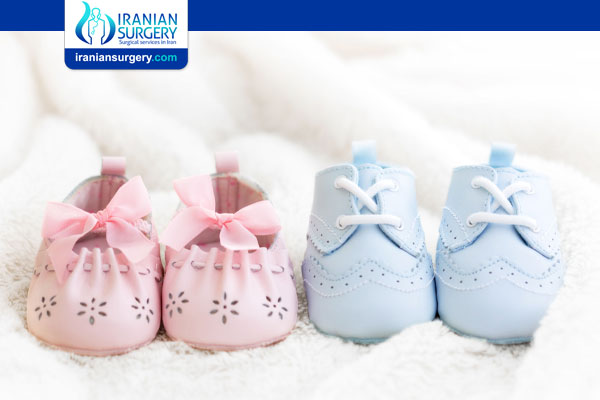 Chance Of Twins IUI vs IVF

If you’re having conversations with your doctor about doing intrauterine insemination (IUI) or in vitro fertilization (IVF), you’re probably hearing a certain word come up over and over again: twins.

Since both procedures could involve multiple eggs or embryos, the chances of becoming pregnant with multiple babies is higher than your average conception—but we’re here see which procedure will involve a higher probability of ending up with twins.

What is IUI (intrauterine insemination)?

IUI, sometimes known as “artificial insemination,” is a non-surgical, outpatient procedure in which a physician inserts sperm from a male partner or sperm donor directly into a female patient’s uterus. IUI increases a patient’s chances of pregnancy by giving sperm a head start, and ensuring insemination happens at the time of ovulation—but it’s less effective, less invasive, and less expensive than IVF.

IUI is often the first step in fertility treatment for many patients, and can be a great option for those dealing with PCOS, other anovulation, cervical mucus problems, or sperm health issues; same-sex couples; single mothers by choice; and patients with unexplained infertility.

What is IVF (in vitro fertilization)?

IVF is a treatment in which a female patient’s eggs are surgically removed from the ovaries fertilized in a laboratory, with sperm from a male partner or sperm donor, to create embryos. (“In vitro” is Latin for “in glass,” and refers to the process of fertilizing an egg in a laboratory dish.) Then, the resulting embryo(s) are transferred back to the uterus in hopes of achieving pregnancy.

Because this procedure allows doctors to bypass the fallopian tubes, it’s a good choice for patients with blocked, damaged, or absent fallopian tubes. It also requires just one sperm cell for each egg, allowing for successful fertilization even in the most severe cases of male infertility. Generally speaking, IVF is the most powerful and successful treatment for all forms of infertility, including age-related infertility and unexplained infertility.

Chance of multiples with IUI vs. IVF

While many people think of multiples—such as twins, triplets, and more—being the result of IVF, when a single embryo is transferred (the gold standard for IVF), the chance of multiples is quite low. The highest chance of multiples actually comes from a medicated IUI cycle (specifically an IUI cycle with injectables), because doctors have less control over how many eggs are released and fertilized.

About 10% of IUI patients will get pregnant and about 10% of those patients will get pregnant with multiples. That makes the overall chances pretty low, though there’s always a possibility of multiples with IUI because the treatment involves taking medication to stimulate egg production. This increases your chances of an egg being fertilized with sperm—which increases your chances of pregnancy—but also means that more than one egg could be fertilized during the whole process.

Your doctor will be monitoring you before giving you the green light for insemination to make sure you didn’t produce too many eggs. Most doctors will cancel an IUI cycle if a patient has 3 or more follicles, so while you could in theory get pregnant with twins, a responsible doctor won’t put you in a situation where you could have triplets, or quintuplets

What If I’m Planning to Do IVF?

Actually, there’s not as much left to chance with IVF compared to IUI; you’re more in control of the fertilization process. (Well, technically your doctor is the one in control, but you know what we mean.) Once your harvested eggs have been fertilized in preparation for IVF, you have the choice to only transfer one embryo, which eliminates the chances of accidentally winding up with more than one baby.