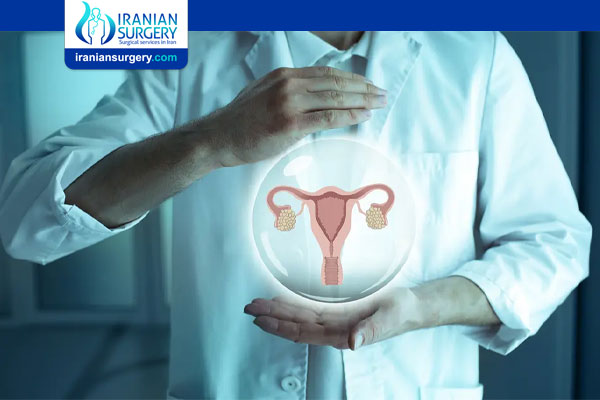 What is Abnormal Uterine Bleeding (Menometrorrhagia)?

Abnormal uterine bleeding (formerly called menometrorrhagia) is when you bleed between your monthly periods or when your periods are extremely heavy and/or prolonged. Normal menstrual flow typically lasts about five days and occurs every 21 to 35 days.

What is the difference between menorrhagia and menometrorrhagia?

Menometrorrhagia was once an umbrella term for two different conditions that sound nearly the same:

Who does it affect?

The term “abnormal uterine bleeding” primarily describes bleeding in non-pregnant people in their reproductive years. But this doesn’t mean that irregular bleeding won’t affect you if you’re post-menopausal or pregnant.

If you’re bleeding and have experienced menopause, contact your provider. Bleeding after menopause is never normal. Blood may be red, pink, brown or even rust-like in appearance.

You should also contact your provider if you’re bleeding during pregnancy. Some causes are harmless, but others require medical attention, especially if the bleeding happens late in your pregnancy.

How common is abnormal uterine bleeding?

Hormone imbalances are often to blame for abnormal uterine bleeding. They’re most common among people whose periods are just beginning or near ending.

What are the signs and symptoms of abnormal uterine bleeding?

The signs of abnormal uterine bleeding can vary. Some signs that your bleeding may be abnormal include:

. Bleeding at unusual times (between periods, after intercourse).

Abnormal uterine bleeding can have many causes, including a variety of medical conditions and even stress:

Weighing more than your ideal body weight can lead to hormone imbalances that may cause abnormal uterine bleeding, too.

Structural abnormalities in your uterus

Forgetting to remove an IUD can lead to infection and abnormal bleeding. Trauma to your uterus, caused by an injury, can also cause bleeding.

How is abnormal uterine bleeding diagnosed?

Your healthcare provider will ask you several questions when working to diagnose abnormal uterine bleeding. These questions may include:

. What brings on the bleeding?

. What other symptoms are you experiencing?

Your healthcare provider will then do a physical exam, including:

What tests will be done to diagnose this condition?

Your healthcare provider may order several tests or procedures when diagnosing abnormal uterine bleeding. These tests may include:

. Blood tests. Your provider can check how your blood clots and do a complete blood count.

. A thyroid test. Problems with your thyroid function may be a sign that there is also a problem with your ovary function that could be causing your bleeding.

. Hormone levels test. Hormone imbalances may be causing your abnormal bleeding, or they may be a sign of a condition causing your bleeding.

. A hysteroscopic exam of your uterus lining (endometrium). This test checks for fibroids, polyps or signs of cancer.

. A pelvic ultrasound. Imaging allows your provider to check for any growths in your reproductive organs that may be causing your bleeding. A sonohysterogram, also called saline-infusion sonography, is a highly sensitive imaging procedure that can help your provider identify abnormal structures in your uterus, like polpys or fibroids.

. A biopsy of your endometrium. Your provider can collect tissue samples from your uterus lining and check for signs of cancer or pre-cancer cells.

How can I reduce my risk?

How is abnormal uterine bleeding treated?

. Progestin (can be given by a shot, implant or device placed in your uterus called an IUD).

There are several procedures available to treat abnormal uterine bleeding. Ask your provider about how often they perform a given procedure. Seeing a provider who frequently performs a procedure often leads to faster recovery with fewer complications.

. Hysteroscopy. A procedure where your provider removes atypical structures in your uterus, like fibroids and polyps.

. Myomectomy. Removes fibroids while keeping your uterus intact and preserving your ability to get pregnant and have children.

. Endometrial ablation. Destroys your uterus lining through the use of a laser, heat, electricity, microwave energy or freezing. You shouldn't have this procedure if you want to get pregnant and have children.

. Hysterectomy. Removes your uterus. Hysterectomy is often used to treat cancer or cancerous changes in your endometrium. Advanced stages of cancer may need radiation or chemotherapy.

What can I expect if I have this condition?

Your process for diagnosis and your options for treatment depend on what’s causing your bleeding. When making a diagnosis, your provider will consider multiple factors, including your age, symptoms, and risk factors for certain conditions that cause abnormal bleeding.

Your provider can individualize your care path – including diagnostic options and treatment — based on your physical exam and medical history.

Schedule an appointment with your provider if you’re noticing abnormal uterine bleeding so that they can address the underlying cause.

Symptoms to watch out for include:

. Passing blood clots that are the size of a quarter or larger.

. Bleeding in between periods or for longer than a week.

. Symptoms of anemia, like feeling fatigued, weak, or short of breath.

. Symptoms of pica, which include hair loss, pale skin and the urge to eat non-food items (paper, hair, dirt, etc.)