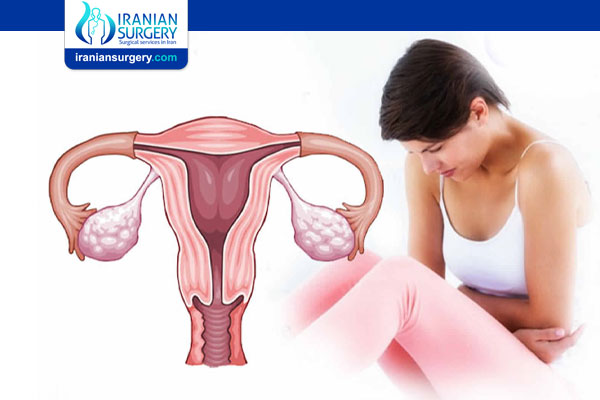 What is Vaginal Bleeding?

Below is a summary of common disorders related to vaginal bleeding.

. Polymenorrhea: Menstrual cycle of fewer than 21 days (frequent periods). The length of the cycle is counted from the first day of one flow to the first day of the next flow, and is usually between 24 and 38 days.

. Oligomenorrhea: Menstrual cycle of more than 38 but fewer than 90 days (few periods).

. Amenorrhea: No menstrual cycle for 90 days or more.

. Metrorrhagia: Menses (periods) that lasts more than seven days, or spotting that occurs between menses. The usual duration of menses is three to five days. This condition might also be called intermenstrual bleeding because bleeding continues into the time after which it should have stopped.

Who is more likely to experience vaginal bleeding?

Unusual vaginal bleeding may occur at any age. When a female first begins having periods, they may not always occur on a regular schedule for the first two years. The same is true in the years leading up to menopause. During this time of perimenopause, the number of days between periods may change, be skipped altogether, or bleeding may be unusually heavy or light.

. Bleeding disorders: A problem with normal blood clotting can result from an inherited condition such as hemophilia or Von Willebrand Disease; a low red blood cell count (thrombocytopenia); a deficiency of Vitamin K (which helps the body make blood-clotting factors), or as a side effect of medications such as blood thinners.

. Cancers of the female reproductive system: These can include cancers of the cervix, endometrium (lining of the uterus), ovaries or fallopian tubes.

. Ectopic pregnancy: A pregnancy in which the fertilized egg grows outside the uterus, usually in the fallopian tubes.

. Endometrial hyperplasia: The endometrium becomes too thick, usually due to a hormonal imbalance marked by too much estrogen and a lack of progesterone. This condition is not itself cancerous but, in some cases, can lead to development of cancer of the uterus.

. Infection: This can occur in the pelvic cavity or urinary tract.

Injury: Injury to or a foreign body in the vagina.

. Miscarriage: About 15 to 20 percent of pregnancies result in a miscarriage, and most will occur during the first 12 weeks.

. Ovulation problems: A disruption or failure of the ovaries can be due to a disorder of the ovaries themselves, or from a problem in the way the brain is signaling the glands that control ovulation.

. Placental abruption: During pregnancy, detachment of the placenta (the sac that contains the baby) from the wall of the uterus.

. Placental previa: During pregnancy, the placenta lies low in the uterus and partly or completely covers the cervix (the opening to the uterus).

. Preterm labor: Labor that occurs before the 37th week of pregnancy.

. Uterine fibroids: Non-cancerous growths that develop from muscle tissue of the uterus. Their size, number, rate of growth and location within the uterus can vary greatly.

. Uterine (endometrial) polyps: An overgrowth of cells on the lining of the uterus. Polyps are usually not cancerous but some may be, or can eventually develop into precancerous polyps.

How is vaginal bleeding treated?

If possible, it is preferable to treat vaginal bleeding first with medications. If these are not successful, surgery may be a next option.

. Intrauterine device (IUD): Certain types of IUDs can be used for both birth control and to minimize or stop bleeding.

. Gonadotropin-releasing agonists (medications that reduce the release of gonadotropin, a hormone that stimulates the ovaries): Used to stop menstrual flow and reduce the size of fibroids.

. Endometrial ablation: Destroys the lining of the uterus, which will reduce or stop bleeding. This procedure makes a future pregnancy less likely, but greatly raises the risks of the pregnancy should it occur.

. Dilation and curettage (D&C): Scraping away or suctioning of tissue from the uterus.

. Uterine artery embolization: Used to treat fibroids by blocking blood vessels in the uterus that fibroids use to grow.

. Myomectomy: Removes fibroids but not the uterus.

. Hysterectomy: Removal of the uterus. May be used when other treatments have failed or to treat endometrial cancer.

When to Call the Doctor

When should a doctor be consulted?

The following symptoms of vaginal bleeding should be brought to the attention of a doctor:

. A change in the regularity of the menstrual cycle (a notably shorter or longer stretch of time between cycles than the normal pattern).

. A noticeable change in the amount of blood during a menstrual cycle (either much more or much less bleeding than usual).

. Any bleeding (even a slight amount) before puberty or after menopause.

. Bleeding in association with douching.

. Bleeding after beginning a new medication or hormone treatment.

. Bleeding during the 2nd or 3rd trimester of pregnancy.