Why Can’t You Have Radiation Twice? 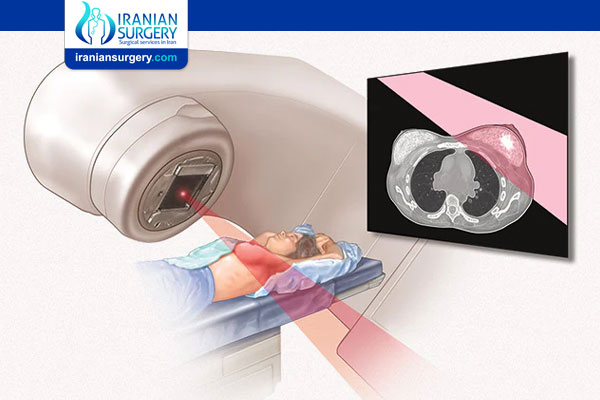 Why Can't You Have Radiation Twice?

The goal of any cancer treatment is to control the growth of the tumor with minimal side effects and minimal impairments in the patient’s quality of life. In the past, patients who received radiation therapy once could not be treated with radiation a second time. This was because the area targeted by the radiation could not be mapped precisely enough. As a result, the healthy tissue surrounding the tumor was at risk of a radiation overdose. Survival rates after repeat radiation treatment were not good. Life-threatening side effects meant that only 50% of all patients who received repeat radiation therapy were alive after one year, and only 20% were alive after three years. Also, there is a long-term risk of developing a second cancer from the radiotherapy itself. While this risk is low, it depends on how much radiation is given. A second round of radiation treatment can increase the risk of a second cancer.

The body doesn’t forget its first encounter with radiation, so you can’t treat it a second time like you did the first time.

In recent years, however, advances in radiation oncology have made it possible for some patients to undergo repeat radiotherapy. In particular, repeat external beam radiotherapy for locally recurrent head and neck tumors has been given with an intent to cure. Unfortunately, this is possible in only a few carefully selected patients. The initial results from a few small trials are encouraging, but repeat radiation therapy remains experimental.

To undergo repeat radiotherapy, patients are selected by an interdisciplinary tumor board. Repeat radiation therapy is usually carried out in a specialized radiation oncology center.

How Many Times Can You Have Radiation Therapy?

As noted above, repeat radiation therapy has been tried in some types of head and neck cancers. However, in most patients, radiation treatment is given once. To qualify as a potential candidate for the second round of radiotherapy, the patient must meet certain conditions, including a good general health status, a small localized recurrence of the tumor that is well-circumscribed, clean surgical margins, more than 6 months having passed since the initial round of radiation therapy, availability of documentation on the initial radiotherapy for evaluation, a reserve capacity in the surrounding normal tissue to withstand radiation, and assessment and recommendation by an interdisciplinary cancer treatment team. Notably, a second round of radiation therapy alone may not work. Without surgery, cancer has a high chance of coming back. A crucial part of successful treatment of the disease is a collaborative approach with the radiation oncologist working with the surgeon.

Can You Have Radiation Twice in One Day?

In general, the answer is no. Patients do not receive radiation twice in one day. However, radiation oncologists have experimented with giving a higher dose of radiation with each treatment to try and shorten the course of radiation treatment (for example, to get a 6-week radiation treatment down to 5 weeks or 4 weeks). Clinical studies have shown encouraging results in this regard. If the results are found to sustain after a longer period of evaluation (patients remain cancer-free), then in the future, we may see courses of radiation becoming shorter by giving a little more radiation dose with each treatment, but not by coming in more than once a day.

How Long Do You Have to Wait Between Radiation Treatments?

The usual protocol for external beam radiation therapy is 5 treatment sessions per week, Monday through Friday, for 3-9 weeks, depending on the type of cancer and specific treatment plan. The 2-day break each week allows the body to repair some of the damage caused by the radiation to healthy tissues. However, some side effects may not go away until the radiation treatment is completed.  If you are deemed an appropriate candidate for a second round of radiation therapy, your radiation oncologist will likely advise waiting at least 6 months after the first course of radiotherapy.