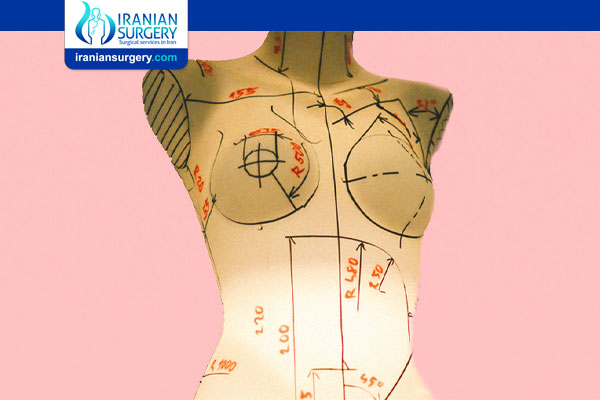 Cosmetic surgery can deliver many meaningful benefits for patients, in terms of their body image and general wellbeing, however, it can also pose considerable risks. Unfortunately, these risks are not always explained properly by those administering the treatment, which can lead to considerable stress for those affected.

Even when performed by a highly competent and expertly trained medical professional, invasive surgery carries inherent risks that can only be minimized, rather than completely avoided.

When dealing with certain high-risk procedures, the chances of something serious going wrong during surgery is considerably greater, to the point where some patients may wish to think twice before making a commitment.

Here, we examine five of the riskiest cosmetic procedures and outline some of their potential dangers. By getting the right information about the pitfalls of surgery, patients will be in a better position to make a decision that’s right for them.

The BBL has been cited by the British Association of Aesthetic Plastic Surgeons (BAAPS) as having the highest rate of death for any aesthetic procedure, with as many as one in 3,000 patients dying as a result of the surgery.

The procedure involves removing fat deposits from one part of the body and injecting this fat into the buttocks, in order to change their shape and overall appearance. The BBL has become a highly fashionable and popular procedure, thanks to growing celebrity trends and social media imagery. This surge in demand has resulted in many Britons going abroad to receive the treatment at a lower cost, however, this comes with considerable risks.

If performed incorrectly, fat or fillers can enter one of the major blood vessels, resulting in a fatal pulmonary embolism.

Such are the risks associated with BBL procedures, that BAAPS called on its own members to cease offering the procedure until more research could be conducted into its safety.

Tummy tucks are among the most common forms of surgery among men and women. However, the technique involves a considerable amount of risk, of which many people are not fully aware.

Also referred to as abdominoplasty, this procedure involves the removal of excess skin and fat from the abdomen area, before the remaining skin is tightened to enhance the appearance of the stomach. The process can be quite stressful on the body, and can result in blood clots that could then infiltrate the lungs, with serious consequences for the patient’s wellbeing.

As such, people who may potentially be vulnerable in terms of their health - for example, older individuals or those with a history of medical problems - may want to think carefully before agreeing to undergo this surgery.

Liposuction is another procedure that’s often thought of as being a simple weight loss solution, but the reality is that the technique involves numerous potential complications.

People undergoing liposuction do so to have specific localised fat deposits removed from chosen areas of their body. Usually, this is a safe and successful process, but if it goes wrong it can result in serious infections, blood clots, fat clogs in the lungs or perforation of the stomach wall. Additionally, the shift in body fluid composition can also cause dehydration and hypovolemic shock.

Many of these complications can lead to fatalities in some circumstances, which is why it’s important that liposuction be treated as the intensive medical procedure it is, rather than as a “quick fix” alternative to diet and exercise.

Facial reconstruction is a category of surgery that’s broad enough to encompass a wide range of different processes, some of which are more complex than others. Some surgeries are purely for aesthetic reasons, while others are necessitated by a previous trauma or injury.

When undergoing an intensive facial reconstruction process targeting several areas at once, the risks are fairly self-explanatory. One of the most dangerous procedures within this category is orthognathic surgery, which involves reshaping and structuring the jaw - an area populated by several critical blood vessels, making the margin for error extremely narrow.

However, even simple procedures like liquid silicone facial injections, a type of dermal filler, can pose their own risks, especially since these are often offered by practitioners who lack the proper training and qualifications. When applied incorrectly, these can lead to swelling and bad reactions from the immune system, with the end result being disfigurement - as such, it's vital to ensure that your practitioner is properly accredited should you wish to undergo this procedure.

Body lifts are among the most intensive forms of cosmetic surgery a person can receive, and involve the removal of considerable amounts of excess skin and soft tissue around the abdomen, buttocks, lower back, thighs and breasts. It may require lifting of the entire abdominal skin, repositioning of the belly button and the tightening of the abdominal muscles.

Often performed on people with excess skin, including those who have experienced considerable weight loss, the process consists of several different procedures - including liposuction, tummy tucks and buttock lifts - and can take up to eight hours. The patient must remain anaesthetized throughout this time, which increases the risk of heart problems, in addition to the dangers inherent to all of the individual processes a body lift encompasses.

Body lifts also take a long time to recover from, meaning that anyone considering this type of surgery should only do so after an in-depth discussion with a trained medical professional about whether the procedure is truly necessary.