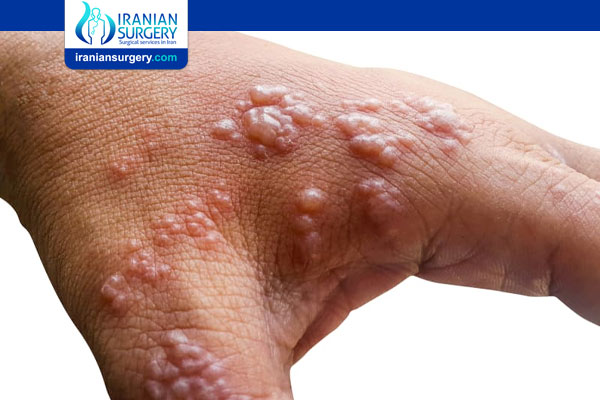 Trypophobia is an aversion or fear of clusters of small holes, bumps, or patterns. When people see this type of cluster, they experience symptoms of disgust or fear. Examples of objects that might trigger a fear response include seed pods or a close-up image of someone's pores.

There is some debate among researchers as to whether trypophobia is a genuine condition. Early reports of trypophobia were first described in an online forum in 2005, but it has not been recognized as a distinct diagnosis in the fifth edition of the Diagnostic and Statistical Manual of Mental Disorders of the American Psychiatric Association.

While not listed in the DSM-5, trypophobia would fall under the broad classification of specific phobias as long as the symptoms are persistent, excessive, and lead to significant impairment or distress.

Trypophobia is often described as “the fear of holes,” but it is important to note that it may also apply to bumps or other patterns that are closely clustered together. When people see trigger objects, they experience symptoms such as severe fear, nausea, itching, sweating, shaking, and even panic attacks.

Fear is one common symptom, but disgust is often described as the overwhelming emotion that people feel with this phobia. Trypophobia also tends to be highly visual. Seeing images online or in print is enough to trigger feelings of revulsion or anxiety.

One case report illustrates how trypophobia often presents. The patient, a 12-year-old girl, experienced feelings of discomfort when she encountered surfaces and objects covered with holes or dots. When asked to draw a picture of her fear, she filled a paper with a repetitive pattern of clustered, round dots.

How Common Is Trypophobia?

While prevalence is unknown, some research indicates that trypophobia may be quite common. One 2013 study published in the journal Psychological Science found 16% of participants experienced feelings of disgust or discomfort when looking at an image of a lotus seed pod.

Research on trypophobia is still relatively rare, but some of the trigger objects that have been observed include:

. Holes in diseased or decaying flesh

. Holes or bumps on flesh

Man-made patterns, as well as animals that have spotted or patterned coats, can also cause a phobic reaction.

The symptoms of this condition are similar to those of other specific phobias. After seeing clusters of small holes or bumps, whether in person or in an image, people often experience:

Trypophobia can lead to symptoms related to fear, disgust, or both, although research suggests that people report feeling greater disgust rather than fear.

In addition to experiencing symptoms such as fear and disgust, people with trypophobia will often experience behavioral changes as well. Avoidance of trigger objects is common. For example, a person might avoid eating certain foods (such as strawberries or aerated chocolate) or avoid going to certain places (such as a room with dotted wallpaper).

Research on trypophobia is still quite limited, but there are some theories about why it happens.

According to one of the most popular theories, trypophobia is an evolutionary response to things that are associated with disease or danger. Diseased skin, parasites, and other infectious conditions, for example, may be characterized by such holes or bumps.

This theory suggests that this phobia has an evolutionary basis. It is also consistent with the tendency for those with trypophobia to experience greater disgust than fear when they see a trigger object.

Another theory suggests that clustered holes share a similar appearance to skin and coat patterns on some venomous animals. People may fear these patterns out of unconscious associations.

There is some research that supports this idea. A 2013 study looked at how people with trypophobia respond to certain stimuli in comparison to those without the condition. When viewing a honeycomb (a common trypophobic object), people who don't have trypophobia immediately think of things such as honey or bees.

The researchers believe that those with trypophobia non-consciously associated the sight of a honeycomb with dangerous organisms that share the same basic visual characteristics, such as rattlesnakes. While they are not consciously aware of this association, it may be what causes them to feel feelings of disgust or fear.

A 2017 study found that participants tended to associate hole patterns with skin-transmitted pathogens. Study participants reported feelings of skin-itching and skin-crawling when viewing such patterns.

Disgust or fear of potential threats is an adaptive evolutionary response. In many cases, these feelings help keep us safe from danger. In the case of trypophobia, researchers believe it may be an overgeneralized and exaggerated form of this normally adaptive response,

A Response to Visual Characteristics

Some research suggests that the discomfort people feel has more to do with the visual characteristics of the patterns themselves.

One study published in Psychological Reports found that while people experience discomfort when viewing trypophobic patterns, these feelings were more related to the visual patterns themselves than to associations with dangerous animals. Such results call into question whether or not trypophobia is actually a phobia at all, or simply a natural response to certain types of visual stimuli.

Links to Other Disorders

Researchers have also found that people with trypophobia were more likely to experience symptoms of anxiety and depression. Symptoms of trypophobia were also found to be persistent, leading to functional impairments in daily living. The symptoms were most likely to meet the DSM-5 diagnostic criteria for specific phobias rather than other conditions such as obsessive-compulsive disorder (OCD).

No specific treatment has been demonstrated particularly effective in the treatment of this condition. However, many of the treatments used for specific phobias and mood disorders are also likely to be helpful in reducing symptoms.

Cognitive behavioral therapy (CBT) involves working with a therapist to change the underlying thoughts and behaviors that might contribute to trypophobia. This might involve discussing unrealistic thoughts, replacing these with more realistic ones, and then making changes in behaviors. CBT might also involve gradual exposure to feared things or situations to decrease one's reactions to them.

One of the reasons people experience phobia symptoms is because they often believe there is something inherently dangerous or threatening about the fear object. This leads to negative automatic thoughts as soon as they encounter the source of their fear.

Exposure therapy, a type of CBT, involves progressively exposing a person to their fear object with the hope that fear symptoms will lessen over time. This process is usually done very gradually. A person may start by imagining what they fear, then looking at pictures of the fear object, and then finally being near or even touching the source of their anxiety.

In the case of trypophobia, a person with symptoms may start by simply closing his eyes and imagining something such as a honeycomb or seed pod. They will continue working on this activity until symptoms start to recede. Once he is able to imagine the object without a response, he will move onto the next step, which often involves looking at an image of an object that normally triggers symptoms.

Through CBT, people work to replace their often-irrational beliefs and negative thoughts with more positive and realistic ones. With exposure therapy, patients may potentially encounter an object without feeling excessive disgust, fear, or anxiety.

Different relaxation strategies can also be useful for reducing feelings of disgust, fear, or anxiety. Visualization, deep breathing, and progressive muscle relaxation are a few strategies that might be helpful.

Visualization involves picturing soothing images or situations. A person with trypophobia might try to envision a beautiful sunset or a field of flowers whenever they encounter something covered with tiny holes.

A simple distraction can also be a useful coping technique. If you see something that triggers a trypophobic response, you might simply look away and find something else to think about or look at until your symptoms ease.

Anti-depressant or anti-anxiety drugs may sometimes be prescribed, particularly if the individual also experiences depression or anxiety. These may include selective serotonin reuptake inhibitors (SSRIs), benzodiazepines, or beta-blockers. These medications may be used alone, but they are often used in conjunction with another treatment approach such as CBT or other types of psychotherapy.

Iranian surgery is an online medical tourism platform where you can find the best doctors and psychiatrists in Iran. The price of Trypophobia Treatment in Iran can vary according to each individual’s case and will be determined by an in-person assessment with the doctor.

For more information about the cost of Trypophobia Treatment in Iran and to schedule an appointment in advance, you can contact Iranian Surgery consultants via WhatsApp number 0098 901 929 0946. This service is completely free.