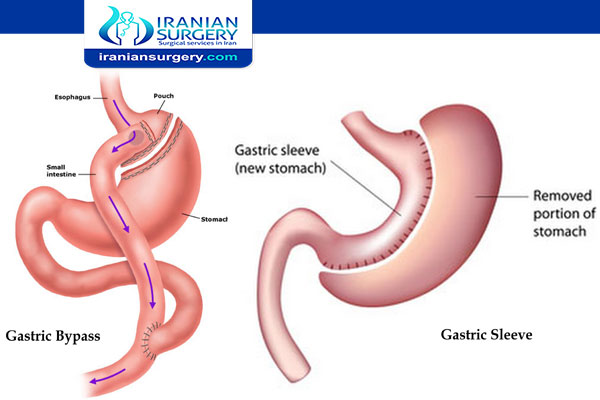 What Are the Differences Between SADI And DS?

The Duodenal Switch (DS) is one of the most powerful tools that we have in modern weight loss surgery. It leads to significant weight loss and improvement in medical co-morbidities; however, many surgeons do not perform the DS because it is thought to have greater risks and difficulty in performing the surgery. In an effort to increase the safety and speed of the surgery, a new form of the DS has been developed – the Single Anastomosis Duodeno-Ileal bypass with Sleeve Gastrectomy (SADI-S). This article will explore the similarities and differences of SADI and DS surgeries.

What is the anatomy of the Duodenal Switch as compared to other types of weight loss surgery? Understanding what each surgery consists of can be confusing, in part because there have been several adjustments over time to the types of bariatric surgery that we perform.

The Duodenal Switch was initially developed as a variation of a surgery called the Biliopancreatic Diversion (BPD); you may see the Duodenal Switch referred to as either the DS-BPD or just DS – both mean the same thing. The original BPD was like a Gastric Bypass with a bigger stomach pouch but with a much, much longer Y-shaped intestinal bypass. The BPD consisted of the stomach being divided in half horizontally, and after bypassing a very long segment of the intestines, the distal (or farthest away) piece of small intestine (called the ileum) was attached to the stomach. The bile and pancreatic digestive juices were not allowed to mix with the food until the very end of the small intestine. The BPD caused a significant amount of dumping and malnutrition in part because of the very short common channel (CC), which is where the food and digestive juices are finally allowed to mix.

In 1988, the BPD was modified to the DS-BPD where instead of transecting the stomach in half horizontally, it was made into a Sleeve Gastrectomy shape. The ileum (distal small intestine) was then attached to the sleeve just after the pylorus.  The intestinal bypass was otherwise the same as the BPD, although the Common Channel was allowed to be longer to help reduce malnutrition. These changes allowed patients to achieve was a reduction in portion sizes that could be eaten in any one setting, and decreased dumping because the pylorus, or muscle located at the end of the stomach, was left intact.

Early on, and even sometimes today, the Duodenal Switch was staged, or broken up into two procedures; this was done in order to reduce the risk of doing one big surgery which could take several hours. The Sleeve Gastrectomy was the first part, followed a few months later by the intestinal bypass.  Some patients were happy just with the first part of the procedure- the Sleeve Gastrectomy- and did not want to proceed with the intestinal portion. That is how the stand-alone Vertical Sleeve Gastrectomy started to be used as its own type of weight loss surgery. Of note, the Sleeve Gastrectomy that accompanies the Duodenal Switch is traditionally slightly larger than that of a stand-alone sleeve gastrectomy, in order to allow DS patients to eat a large enough portion of food to get sufficient nutrients (specifically protein) in each day.

The most recent step in this story of evolving surgery was the development of the SADI-S, or Single Anastomosis Duodeno-Ileal bypass with Sleeve Gastrectomy.  “Anastomosis” (an-ast-o –MO-sis) is a medical word that means “surgical connection”.  When two pieces of intestine, or stomach and intestine, are brought together with staples or sewing, that is called an anastomosis. As you may know from your research, any time the intestine is cut, and then sewn together with another piece of stomach/intestine, that connection could result in a leak of gastrointestinal contents.

Because of the statistical increase for the risk of a leak with each additional connection, the idea behind the SADI-S was to just have ONE anastomosis. Another theoretical advantage is that because fewer connections are required, the surgery could take less time.  In the SADI-S, first a Sleeve Gastrectomy is made, and then a LOOP of distal ileum is attached to the sleeve just after the pylorus. This loop connection is the only intestinal anastomosis that is made, rather than the Y-shaped connection of a traditional Duodenal Switch or Gastric Bypass.

Similarities Between the SADI and DS

Both the DS and SADI-S are typically performed laparoscopically; occasionally patients may need an open procedure for safety reasons.  Both surgeries could potentially be done in stages, by performing the Sleeve Gastrectomy first, and the intestinal portion later. The advantage of two stages is that since the Sleeve is a simpler, faster operation, it is a better choice for patients who are very high risk.  After a period of initial weight loss, it is safer to proceed with the second portion of the procedure. Additionally, in patients who had originally had a Sleeve Gastrectomy, but are still candidates for additional bariatric surgery, converting to a DS or SADI-S may be more straightforward than converting to a Gastric Bypass.

Differences Between the SADI and DS

The traditional DS has been performed for a longer period of time – since 1988 as an open procedure, and 1999 as a laparoscopic procedure. This means that we have more long term data on the DS.  Another major difference is that the Y-shaped intestinal portion of the DS helps to avoid bile from refluxing into the stomach. Bile is a digestive juice produced in the liver. Reflux of bile into the stomach can cause stomach irritation and discomfort.

The SADI-S has fewer intestinal connections, which reduces operative time and may reduce the likelihood of leak or intestinal blockage. Additionally, because there is no division of the bowel, there are no potential spaces in the supporting tissues, called mesentery. These so-called mesenteric defects could be a site for intestine to become entrapped and cause a bowel obstruction; this is called an internal hernia.  The SADI-S avoids this problem.

Weight loss after the DS and SADI-S has been reported to be greater than that of gastric bypass, although high-quality data supporting this has been lacking.

There is evidence that DS may offer better weight loss in patients with a BMI>50. On the other hand, there is strong evidence that resolution or improvement in diabetes tends to be better with the DS/SADI-S than the Gastric Bypass. A study by Buchwald in 2004, compared the results of over 4000 patients after DS, and found that either improvement or resolution of diabetes in occurred 98% of patients. Resolution or improvement of cholesterol also is almost universal, as a result of the fact that fats are not absorbed well with either surgery. In fact, fat malabsorption can result in frequent loose stools, abdominal cramping, and foul-smelling flatulence; this can be worse if patients are not adherent to a low-fat diet.  On average, patients have about 3 bowel movements per day.

Vitamin and mineral supplementation are of utmost importance since the DS/SADI-S are the most “malabsorptive” of the bariatric surgeries.  Iron absorption is compromised by bypassing the duodenum; up to 10% of patients after SADI-S were found to have mild cases of anemia 1 year after surgery. Deficiencies in calcium, B12, and folate are also common if patients are not taking appropriate supplementation. Finally, vitamins A, D, E, K are fat-soluble vitamins; since fat absorption is significantly decreased after DS/SADI-S, it is possible to develop deficiencies in these vitamins, more so than with the Gastric Bypass. Supplementation is routine. Lifelong follow-up is important as with all bariatric surgery to make sure that safe vitamin and mineral levels are maintained.

Iranian surgery is an online medical tourism platform where you can find the best weight loss specialists and surgeons in Iran. The price of Modified Duodenal Switch Surgery in Iran can vary according to each individual’s case and will be determined by an in-person assessment with the doctor.

For more information about the cost of Modified Duodenal Switch Surgery in Iran and to schedule an appointment in advance, you can contact Iranian Surgery consultants via WhatsApp number 0098 901 929 0946. This service is completely free.