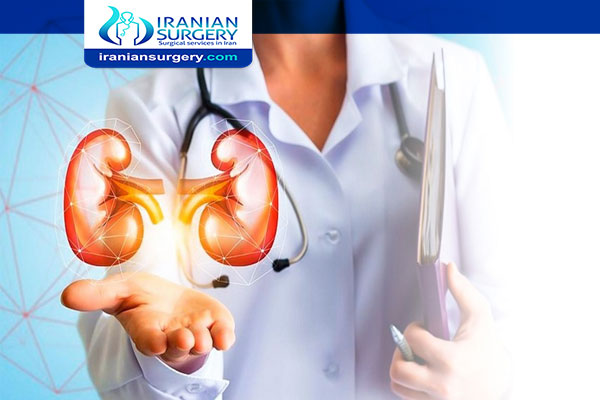 Patients who have a second kidney transplant may not be as bound for failure as once thought, researchers said here.

In a retrospective, single-center study, there were no significant differences in graft survival at one and five years between primary and secondary transplants among end-stage renal disease (ESRD) patients.

"The outcomes were very comparable. "Even with a second transplant, graft function, length of survival, and complications were all comparable" to a primary transplant.

But there's been an overall lack of data on outcomes, especially since survival in kidney transplants has improved during the last few decades.

Although the majority of ESRD patients go on dialysis, about 16% to 17% receive a primary transplant. Among those, the same proportion also go on to receive a second transplant when the first graft fails adding typical survival for a first graft is about eight years.

Overall, there is no significant difference between primary and repeat transplants in terms of graft survival at one and five years.

And there is no differences in terms of infection, and attributed the overall lack of difference in outcome to modern immunosuppression.

1Can a person have a second kidney transplant?
Some earlier research had shown inferior long-term outcomes when kidney patients are re-transplanted, and researchers have considered second transplants to carry high immunologic risks. ... Although the majority of ESRD patients go on dialysis, about 16% to 17% receive a primary transplant
2What is the average life expectancy after a kidney transplant?
12 to 20 years As a result, the average life expectancy for a patient on dialysis is generally five years. On the other hand, patients who receive a kidney transplant typically live longer than those who stay on dialysis. A living donor kidney functions, on average, 12 to 20 years, and a deceased donor kidney from 8 to 12 years
3Can a kidney transplant last 30 years?
The lifespan of a transplant kidney has significantly improved over the last 30 years. Between 1986 and 1995, 75 percent of the transplanted kidneys still functioned five years after the transplant
4How many kidney transplants are there?
Of the 16,000 kidney transplants conducted in the U.S. every year, 30 to 40 percent come from living donors. Those transplants have greater success than transplants from cadavers.
5Can a male receives a female kidney?
Men and women who received kidneys donated by females also faced a slightly higher risk of death. For heart transplants, the gender difference was found only among men who received organs donated by females
6Can donating a kidney shorten your life?
Donating a Kidney Doesn't Shorten Donor's Life. ... However, the findings do show a higher rate of death in the first 90 days after surgery for the live kidney donors compared with the control group. And certain subgroups have a greater mortality risk over the long-term than others
7What is the longest lasting kidney transplant?
Karen is the longest living kidney recipient in the UW Health Transplant Program.
8What are the disadvantages of a kidney transplant?
A successful kidney transplant can improve your quality of life and reduce your risk of dying. ... Disadvantages — Kidney transplantation is a major surgical procedure that has risks both during and after the surgery. The risks of the surgery include infection, bleeding, and damage to the surrounding organs
9Can a kidney transplant last forever?
Although most transplants are successful and last for many years, how long they last can vary from one person to the next. Many people will need more than one kidney transplant during a lifetime.
10What happens if body rejects kidney transplant?
When a person receives a kidney transplant, the immune system sees it as foreign, and attempts to reject it by producing cells and/or antibodies that invade and damage the kidney. To prevent the immune system from damaging the transplanted kidney, you will take immunosuppressive (anti-rejection) drugs