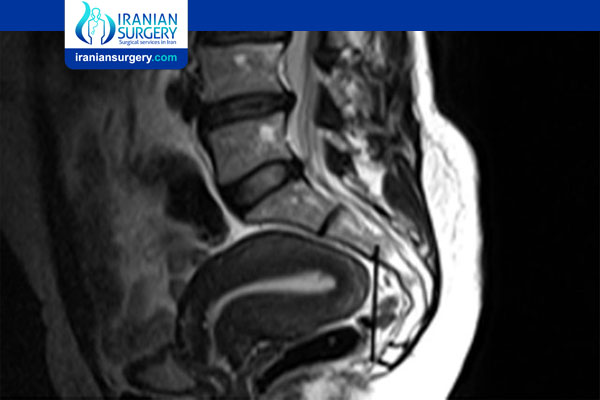 What is a Retroverted Uterus?

A retroverted uterus is a uterus that curves in a backward position at the cervix instead of a forward position.

Some women with a retroverted uterus experience no symptoms. That means you may be unaware of the condition. If you do experience symptoms, they may include:

. Pain in your vagina or lower back during sexual intercourse

. Increased urinary frequency or feelings of pressure in the bladder

. Protrusion of the lower abdomen

A retroverted uterus is a standard variation of pelvic anatomy that many women are either born with or acquire as they mature. Actually about a quarter of women have a retroverted uterus. Genetics may be the cause.

In other instances, the condition may have an underlying cause that is often associated with pelvic scarring or adhesions. These include:

. Endometriosis. Endometrial scar tissue or adhesions can cause the uterus to stick in a backward position, almost like gluing it in place.

. Fibroids. Uterine fibroids can cause the uterus to become stuck or misshapen, or to tilt backward.

. Pelvic inflammatory disease (PID). When left untreated, PID can cause scarring, which may have a similar effect to endometriosis.

. History of prior pregnancy. In some instances, the ligaments holding the uterus in place become overly stretched during pregnancy and stay that way. This may allow the uterus to tip backward.

A retroverted uterus doesn’t typically affect a woman’s ability to conceive. This condition is sometimes associated with other diagnoses that may affect fertility potential. These include:

Endometriosis and fibroids are often treatable or correctable through minor surgical procedures.

When diagnosed early, PID can often be treated with antibiotics.

If needed, infertility treatments, such as intrauterine insemination (IUI) or in vitro fertilization (IVF), can help women with these types of diagnoses achieve pregnancy.

Having a retroverted uterus doesn’t usually affect the viability of a pregnancy.

A retroverted uterus may create more pressure on your bladder during the first trimester. That may cause either increased incontinence or difficulty urinating. It can also cause back pain for some women.

Your uterus may also be harder to see via ultrasound until it begins to enlarge with pregnancy. Your doctor may need to use transvaginal ultrasounds during the first trimester to see the progression of your pregnancy.

Your uterus should expand and straighten toward the end of the first trimester, typically between weeks 10 and 12. This will cause your uterus to lift out of the pelvis and no longer tip backward.

On occasion, the uterus is not able to not make this shift. Sometimes this is caused by adhesions that keep the uterus anchored into the pelvis.

Let your doctor know right away if you’re pregnant and experience:

. A consistent inability to urinate

. Pain in your stomach or near your rectum

Those symptoms may signal incarceration of the uterus. The condition can be diagnosed during a pelvic exam or an ultrasound.

Your third trimester should not be affected at all. Some women with a retroverted uterus are more likely to experience labor pain in the back.

Having a retroverted uterus doesn’t usually interfere with sexual sensation or enjoyment.

It can, however, make sexual intercourse painful in some instances. This discomfort may be more pronounced when you’re in certain positions. Changing sexual positions may reduce this discomfort.

The uterus sits fairly low in the pelvis, along with the ovaries. During vigorous sex, or sex with deep thrusting, the head of the penis may push against the walls of the vagina, bumping into the uterus or ovaries.

This can cause pain, tears, or bruising. If you have discomfort during sex, try altering your position to see if that helps. If every sexual position causes you discomfort, with or without bleeding, discuss this with your doctor.

Your doctor can diagnose retroverted uterus during a routine pelvic exam. If you have symptoms that concern you, discuss them with your doctor.

You may first be diagnosed with a retroverted uterus when pregnant. That’s because doctors can also diagnose it from an ultrasound.

You may not require any treatment if you’re asymptomatic. If you do have symptoms or are concerned about the condition, discuss treatment options with your doctor. In many cases, there’s no need for treatment.

Sometimes your doctor may be able to manually manipulate your uterus and place it into an upright position. If that’s the case, certain types of exercises designed to strengthen the ligaments and tendons that hold the uterus in an upright position may be beneficial.

Kegels are one example. Other exercises that may help include:

. Knee-to-chest stretches. Lie on your back with both knees bent and your feet on the floor. Slowly raise one knee at a time up to your chest, gently pulling it with both hands. Hold this position for 20 seconds, release, and repeat with the other leg.

. Pelvic contractions. These exercises work to strengthen the pelvic floor muscles. Lie on your back with your arms at your sides in a relaxed position. Inhale as you lift your buttocks off the ground. Hold and release as you exhale. Repeat 10-15 times.

These will not work if your uterus is stuck in place because of scarring or adhesions, however.

Pessaries are made from silicone or plastic. They are small devices that can be inserted into the vagina to prop the uterus into an upright position.

Pessaries can be used on either a temporary or permanent basis. They have been associated with infection if left in long-term.

In some instances, surgery may be required to reposition the uterus, and to reduce or eliminate pain. There are several different types of procedures. They include:

. Uterine suspension procedure. This type of surgery can be done laparoscopically, vaginally, or abdominally.

. Uplift procedure. This is a laparoscopic procedure that takes around 10 minutes to perform.

Often there are no symptoms associated with a retroverted uterus, although painful intercourse has been known to occur. If you do experience symptoms, there are treatments available which can help.

Having a retroverted uterus rarely affects fertility or pregnancy, but it may be associated with other conditions that can have adverse effects on fertility potential.