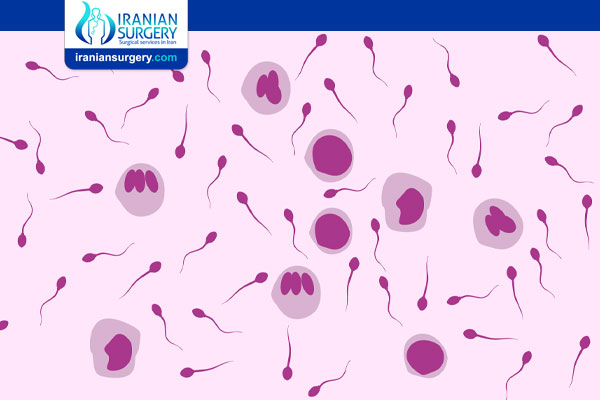 Less than 5% of men with a fertility problem are diagnosed with pyospermia.

Pyospermia can be caused by many different things, including:

. Autoimmune conditions (the body attacks itself).

. Urethra stricture (narrowing of the tube through which urine passes).

. Genital infections, such as herpes, gonorrhea or chlamydia.

. Varicocele (the veins coming from the testicle are dilated, or widened).

. Systemic illness (across the whole body).

. Use of tobacco, marijuana and alcohol.

Infections in the genitourinary system are one potential cause for pyospermia. Common organisms include E. coli, Mycoplasma, Ureaplasma, and Chlamydia. While most people with genitourinary infection have symptoms, up to 10% of young adults will have no or only mild symptoms.

Because some genital infections can be passed through sexual contact and can usually be treated successfully, all men who are diagnosed with pyospermia should have urine tests to look for organisms that cause infection within the genitourinary tract.

Infections in the female reproductive tract can cause serious and permanent fertility problems. Therefore, even though the risk of having an infection is very low, men should wear a condom during intercourse until the urine tests show that there is no infection. In cases where the tests reveal an infectious organism, the spouse or partner should also be tested and treated.

Eliminating white blood cells from the semen can improve the function of the sperm and improve pregnancy rates. Because antibiotics may help treat pyospermia, men may receive a prescription for antibiotics and told to take the entire course, even if no organisms are found in the urine. In rare cases, a culture of the semen may be taken.

Nonsteroidal anti-inflammatory medications (NSAIDs) are also prescribed for patients with pyospermia, and may also improve sperm count. Pyospermia may also get better on its own.

There are other things men can do to try to eliminate excess white blood cells from semen, including:

. Stopping the use of any tobacco product.

. Avoiding the use of too much alcohol.

. Stopping the use of marijuana.

Pyospermia can also be treated by correcting genitourinary abnormalities that may cause infection or inflammation. Methods of correction include varicocelectomy, the surgery to correct a varicocele, which can improve semen production and reduce white blood cells in the semen. Other abnormalities that can be treated include prostatic obstruction with infection and urethral valves.

Another semen analysis three months after the antibiotics are completed is recommended as a follow-up. If the pyospermia has not been treated successfully, other measures include semen cultures, antisperm antibody testing, X-rays of the genitourinary tract and/or urine flow tests. In many cases, your doctor will recommend treatment for 30 days with an over-the-counter NSAID.