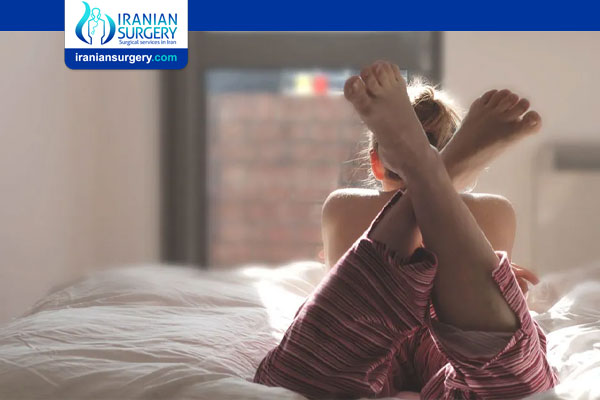 Early menopause happens when a woman's periods stop before the age of 45. It can happen naturally, or as a side effect of some treatments. For most women, the menopause starts between the ages of 45 and 55. If you're under 45 and have noticed your periods becoming infrequent or stopping altogether, you should speak to a GP.

It isn’t always possible to determine exactly what has caused premature menopause. Here are some of the known causes and risk factors.

Premature menopause can run in families. If it feels appropriate, you may want to speak with your biological relatives about the age at which they stopped having periods. Knowing about their symptoms could help you get a sense of what to expect.

Smoking is associated with an earlier menopause. 2018 research shows that the more someone smokes, the higher their risk of premature menopause. A research review from 2020 including some mouse studies shows that e-cigarette vapors also affect reproduction. But scientists don’t yet know how smoking e-cigarettes affects menopause.

Pelvic or ovarian surgery is sometimes the cause of premature menopause. You may have had a surgery called an oophorectomy to remove your ovaries because of cancer, endometriosis, or another condition. If surgery has caused you to go into menopause, your symptoms may be more severe than if you started menopause more gradually, according to 2019 research.

People who have had chemotherapy or radiation therapy to treat cancer have a higher risk of premature menopause.

A 2015 study also looked at exposure to certain estrogen-disrupting chemicals. It found that exposure to substances found in some pesticides and phthalates also gives you a higher risk of earlier menopause.

Some viruses have been linked in a 2015 research review to premature menopause, though their role isn’t clear. HIV, mumps, cytomegalovirus, tuberculosis, malaria, and other viruses may potentially cause ovarian changes and premature menopause.

2019 research found that more than 75 different genes can contribute to primary ovarian insufficiency and premature menopause. Most are genes that influence how ovaries develop and function, how cells divide, or how DNA is repaired in the body. Turner syndrome and fragile X syndrome are genetic conditions that can cause premature menopause.

The main symptom of early menopause is periods becoming infrequent or stopping altogether without any other reason (such as pregnancy). Some women may also get other typical menopausal symptoms, including:

. vaginal dryness and discomfort during sex

. problems with memory and concentration

Women who go through early menopause also have an increased risk of osteoporosis and cardiovascular disease because of their lowered estrogen hormone levels.

Iranian surgery is an online medical tourism platform where you can find the best gynecologists and fertility specialists in Iran. The price of Fertility Treatment in Iran can vary according to each individual’s case and will be determined by an in-person assessment with the doctor.

For more information about the cost of Fertility Treatment in Iran and to schedule an appointment in advance, you can contact Iranian Surgery consultants via WhatsApp number 0098 901 929 0946. This service is completely free.