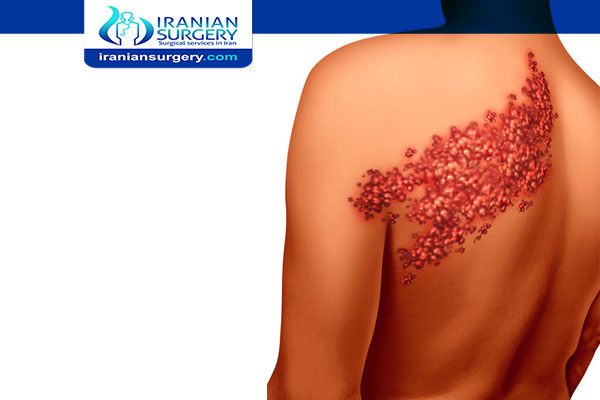 What is Postherpetic Neuralgia?

Postherpetic neuralgia is a painful condition that affects your nerves and skin. It is a complication of herpes zoster, commonly called shingles.

Shingles is a painful, blistering skin rash caused by a reactivation of a virus called varicella-zoster, which people usually get in childhood or adolescence as chicken pox. The virus can remain dormant in your body’s nerve cells after childhood and can reactivate years later.

When the pain caused by shingles doesn’t go away after the rash and blisters clear up, the condition is called postherpetic neuralgia. Postherpetic neuralgia is the most common complication of shingles, and it occurs when a person’s nerves are damaged during a shingles outbreak. The damaged nerves can’t send messages from the skin to the brain and the messages become confused, resulting in chronic, severe pain that can last for months or years.

The risk of postherpetic neuralgia increases with age, primarily affecting people older than 60.

The signs and symptoms of postherpetic neuralgia are generally limited to the area of your skin where the shingles outbreak first occurred — most commonly in a band around your trunk, usually on one side of your body.

. Pain that lasts three months or longer after the shingles rash has healed. The associated pain has been described as burning, sharp and jabbing, or deep and aching.

. Sensitivity to light touch. People with the condition often can't bear even the touch of clothing on the affected skin (allodynia).

See a doctor at the first sign of shingles. Often the pain starts before you notice a rash. Your risk of developing postherpetic neuralgia is lessened if you begin taking antiviral medications within 72 hours of developing the shingles rash.

Once you've had chickenpox, the virus remains in your body for the rest of your life. As you age or if your immune system is suppressed, such as from medications or chemotherapy, the virus can reactivate, causing shingles.

Postherpetic neuralgia occurs if your nerve fibers are damaged during an outbreak of shingles. Damaged fibers can't send messages from your skin to your brain as they normally do. Instead, the messages become confused and exaggerated, causing chronic, often excruciating pain that can last months — or even years.

Read more about : Types of Neuralgia

When you have shingles, you might be at greater risk of developing postherpetic neuralgia as a result of:

. Severity of shingles. You had a severe rash and severe pain.

. Other illness. You have a chronic disease, such as diabetes.

. Shingles location. You had shingles on your face or torso.

. Your shingles antiviral treatment was delayed for more than 72 hours after your rash appeared.

Depending on how long postherpetic neuralgia lasts and how painful it is, people with the condition can develop other symptoms that are common with chronic pain such as:

As PHN is a complication of shingles, it is generally easy to diagnose. If the symptoms persist after shingles, or if they appear after the symptoms of shingles have cleared up, then the patient might have PHN.

Early treatment is key for preventing PHN. Seeking medical help as soon as signs or symptoms of shingles appear can greatly reduce the chances of developing neuralgia.

Aggressive treatment of shingles within 2 days of the rash appearing helps reduce both the risk of developing subsequent neuralgia and the length and severity if it does.

The only effective way of preventing PHN from developing is to be protected from shingles and chicken pox through vaccination. The varicella vaccine protects against chickenpox, and varicella-zoster vaccine against shingles.

The Varivax vaccine is routinely given to children aged 12 to 18 months to prevent chickenpox. Experts recommend it also for adults and older children who have never had chickenpox. The vaccine does not provide total immunity, but it considerably reduces the risk of complications and severity if disease occurs.

The Zostavax vaccine can help protect adults over 60 who have had chickenpox. It does not provide 100 percent immunity, but it does considerably reduce the risk of complications and severity of shingles.

Experts recommend that people aged over 60 years should have this vaccine, regardless of whether or not they have had shingles before. The vaccine is preventive, and it is not used to treat people who are infected.

The following people should not have the shingles vaccine:

. Those who have had a life-threatening reaction to gelatin, the antibiotic neomycin, or any other shingles vaccine component.

. People who have a weakened immune system

. Patients receiving steroids, and those who are undergoing radiotherapy, chemotherapy, or both.

. Those with a history of bone marrow or lymphatic cancer

A person with a mild cold may take the vaccine, but not those who are moderately or severely ill. These people should wait until they are recovered.

Read more about : What is the average size of an arachnoid cyst?

Treatment will depend on the type of pain as well as the patient’s physical, neurological, and mental health. No single treatment relieves postherpetic neuralgia for everyone. It often takes a combination of treatments to reduce the pain.

. Painkillers: These may include tramadol (Ultram) or oxycodone (OxyContin). There is a small risk of dependency.

. Anticonvulsants: The pain of PHN can be lessened with anticonvulsants, because they are effective at calming nerve impulses and stabilizing abnormal electrical activity in the nervous system caused by injured nerves. Gabapentin, or Neurontin, and pregabalin, also known as Lyrica, are commonly prescribed to treat this type of pain.

. Steroids: A corticosteroid medication can be injected into the area around the spinal cord. Steroids should not be used until the shingles pustular skin rash has completely disappeared.

. Lidocaine skin patches: Lidocaine is a common local anesthetic and antiarrhythmic drug. Applied to the skin, it can relieve itching, burning, and pain from inflammation. The patches can be cut to fit the affected area.

. Antidepressants: These affect key brain chemicals, such as serotonin and norepinephrine, which influence how the body interprets pain. Examples of drugs that inhibit the reuptake of serotonin or norepinephrine are tricyclic antidepressants, such as amitriptyline, desipramine (Norpramin), nortriptyline (Pamelor), and duloxetine (Cymbalta).

This treatment involves placing electrodes over the areas where pain occurs. These emit small electrical impulses. The patient turns the TENS device on and off as required.

Some people find that TENS relieves pain, while others do not. Its effectiveness has not been confirmed by research.

These devices offer a safe, efficient, and effective way to relieve many types of neuropathic pain conditions. Similar to TENS, they are implanted under the skin along the course of peripheral nerves. Before implantation, doctors do a trial run using a thin wire electrode to determine patient response.

Experts believe that by stimulating the non-painful sensory pathway, the electrical impulses trick the brain into “turning off” or “turning down” the painful signals, resulting in pain relief.

A number of natural and alternative therapies have been recommended for PHN.

. Vitamin C, but more research is needed to confirm this

. Homeopathic treatment, but scientific research has not confirmed this

. Acupuncture, which scientists are currently reviewing for effectiveness

. Wearing comfortable clothing made from cotton or silk

. Capsaicin. Capsaicin cream, made from the seeds of hot chili peppers, might relieve pain from postherpetic neuralgia. Capsaicin (Capzasin-P, Zostrix, others) can cause a burning sensation and irritate your skin, but these side effects usually disappear over time.

Because capsaicin cream can irritate your skin, avoid getting it on unaffected parts of your body. Follow instructions, including wearing gloves for application and washing your hands thoroughly after applying.

. Topical analgesics and anesthetics. Aspirin crushed and mixed into an absorbing cream or nonprescription-strength lidocaine cream might reduce skin hypersensitivity.

Treatments using traditional Chinese medicine will vary according to whether the PHN is a “wet” type, a “heat” type, or a “wind” type.

Researchers are still investigating how effective some of these therapies may be.

Painful, postherpetic neuralgia is treatable and preventable. Most cases disappear in one to two months, and rare cases last longer than a year.

If you’re over the age of 60, it’s wise to get vaccinated against it. If you do develop it, there are many analgesics and even antidepressants you can take to manage the pain. It may just take some time and patience.