How Many Follicles Do You Have with Twins? 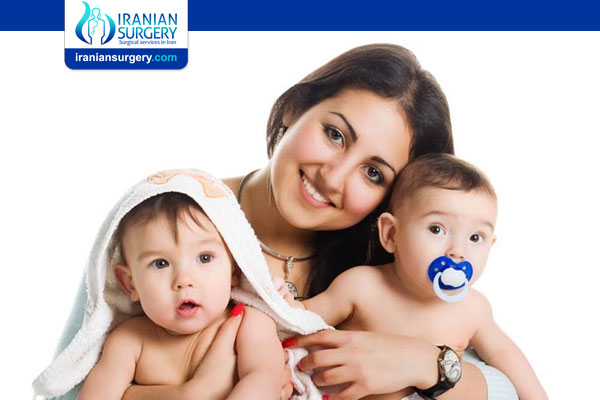 How Many Follicles Do You Have with Twins?

In the ovaries of the female reproductive system, an ovarian follicle is a fluid-filled sac that contains an immature egg, or oocyte. During ovulation, a mature egg is released from a follicle. While several follicles begin to develop each cycle, normally only one will ovulate an egg (rarely, more than one egg is released, increasing the potential for twins). After ovulation, the follicle turns into a corpus luteum.

The follicles that do not release a mature egg disintegrate; a process known as atresia that can happen at any stage of follicular development. About 99% of ovarian follicles will disintegrate and never become mature enough to release an egg.

Follicle growth and development are tracked during fertility treatments. During superovulation (used during IVF treatment), the goal is to stimulate the ovaries to develop several mature follicles at once. An ultrasound exam, also known as an antral follicle count (AFC), may be performed as a part of fertility testing. This test is done to evaluate ovarian reserves.

What Is a Follicle?

Follicles are small sacs of fluid found on the outside layer of the ovaries, which contain immature eggs (oocytes). When the time comes, and the follicle has grown to the right size, it ruptures and releases a matured egg ready to be fertilised. A common misconception is that each follicle releases multiple eggs. However, as to the question of how many eggs are in a follicle, the answer is: just one.

This is the scientific process behind ovulation, which generally occurs monthly for most women between puberty and menopause. Several follicles will begin to develop with each cycle, but generally just one of them will release an oocyte. The follicles that don’t release an egg disintegrate. This process is known as atresia, and can actually happen at any stage during the follicle’s development.

How Many Follicles Should an Ovary Have?

It is difficult to say how many follicles an ovary should have as it is impossible to actually count how many follicles any woman has in her ovaries. Until a follicle begins to develop, it is known as a primordial follicle. These primordial follicles are microscopic, measuring just 25 micrometres (0.025 millimetres). They are too small to be seen with the naked eye, and cannot be picked up on an ultrasound or any other test.

An antral follicle count (AFC) ultrasound can be carried out during the initial stages of fertility investigation to help you decide whether assisted fertility treatments such as IVF might be an appropriate option for you.

Estradiol is a type of estrogen, which is the major sex hormone in women and is secreted by the ovarian follicles. As the follicles grow and develop each month they produce estradiol, so having a blood test to check your estradiol levels is important to measure not only the number of follicles and eggs being produced but also how healthy they are.

If you’re going through fertility treatment, your doctor may monitor follicular development via ultrasound. During these ultrasounds, the number of developing follicles will be counted. They will also be measured.

Follicles are measured in millimeters (mm). Usually, your doctor will want to schedule your trigger shot—or hCG/LH injection—when your follicles are just about to reach full mature size. This is around 18 mm. A mature follicle that is about to ovulate will measure anywhere between 18 and 25 mm.

How Many Follicles You Need for Fertility Treatments?

The desirable number of follicles is different for various fertility treatments. You need more follicles for in vitro fertilization (IVF), for example.

Follicles Needed for a Clomid Cycle

Ideally, you only want one or two good size follicles during a Clomid cycle. You may feel disappointed when you find out only one or two follicles are big enough to ovulate. However, remember that more isn’t necessarily a good thing. Every mature sized follicle could release an egg, and that egg could become fertilized.

If you have two follicles, you could conceive twins. Or you might conceive one baby. Or, you might not conceive at all. Ovulation doesn’t guarantee pregnancy.

Follicles Needed for an IUI or Gonadotropins Cycle

As with Clomid, ideally, you only want one or two follicles to grow to maturity. Injectable fertility drugs (gonadotropins) come with a higher risk of a multiple pregnancy. It’s possible to develop three, four, or even more mature follicles.

If you get four or more follicles, your doctor may cancel your treatment cycle. This may mean canceling a scheduled IUI procedure, canceling the trigger shot, and/or telling you to refrain from sexual intercourse.

If your doctor tells you not to have sex, it’s imperative that you listen. The risk of conceiving triplets or quadruplets is high with so many mature follicles. A multiple pregnancy will put your and your babies’ lives at risk. It’s better to wait and try again on another cycle.

Follicles Needed for an IVF Cycle

During IVF treatment, your doctor wants to stimulate your ovaries to mature several follicles. Anywhere between 8 and 15 follicles is considered an acceptable amount.

During an egg retrieval, your doctor will aspirate the follicles with an ultrasound-guided needle. Every follicle will not necessarily contain a quality egg. So don’t be surprised if the number of eggs retrieved is less than the number of healthy size follicles you were told you had.

What Happens If There Are No Eggs in The Follicles In IVF?

At IVI, we take every measure possible to promote the successful and healthy growth of your follicles and to encourage an increased production of eggs to give the IVF treatment optimal chances of success.

On rare occasions, the follicular puncture might result in no eggs being retrieved from the follicles. Even though the follicles may be healthy and growing, it doesn’t necessarily mean they will produce an egg. If there are no eggs in the follicles then the IVF treatment will not be able to be completed on that occasion. This doesn’t mean that a subsequent treatment won’t be successful, as follicle response varies and egg growth can be affected by a variety of factors. There is also the possibility of using an egg donor, should you not be able to conceive using your own eggs.

What Happens If There Are Too Many Follicles?

When receiving ovarian stimulation, there is the potential to develop Ovarian Hyperstimulation Syndrome (OHSS). This is when your ovaries overstimulate and produce too many follicles and mature eggs. Lots of follicles in the ovaries can lead to health complications and OHSS needs to be dealt with carefully.

If you’re under 30, have polycystic ovary syndrome (PCOS) or have had OHSS previously, then you may be more at risk. During your initial testing and screening process, we will take these factors into consideration and be able to detect if you’re at risk of developing OHSS, taking the necessary steps to minimize this during your treatment cycle.

We also carefully monitor your follicle growth throughout treatment and will be able to immediately identify if OHSS develops. In most cases this shouldn’t affect your fertility treatment, which should be able to continue as planned.

Are Follicles Important for IUI Treatment?

IUI (intrauterine insemination) is one of the most straightforward assisted fertility treatments. The man’s sperm is prepared in the laboratory and then placed directly in the woman’s uterus, increasing the chances that the sperm will reach and fertilise the egg. IUI can be a highly successful treatment for couples with either low sperm motility or difficulties with ovulation, or for those with undetermined reasons for subfertility.

As previously discussed, the more follicles producing healthy eggs there are, the higher the chances that a successful natural or assisted conception will occur. This means that follicle health and growth are important for IUI treatment. There is therefore the option to assist the process of IUI by having ovarian stimulation, as with IVF.

What Is the IUI Success Rate with One Follicle?

On average ten to twelve follicles are produced per cycle, but this can vary from person to person and is affected by multiple factors such as age, medical history and your individual response to ovarian stimulation.

Although having a good number of follicles is ideal for fertility treatment, it doesn’t necessarily mean that having less will impact your chances of success. It is the quality of the eggs produced that matters most rather than the quantity. Therefore it is possible to still experience successful fertility treatment even if you only produce a few follicles or even just one healthy, mature follicle that releases a viable egg.