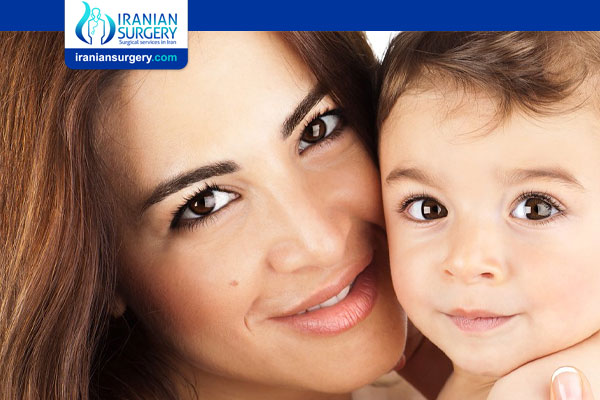 How Long Does It Take Sperm To Reach The Egg After IUI?

People considering fertility treatments often focus on in vitro fertilization (IVF). IVF can be highly successful for the right person, but it’s also expensive. Intrauterine insemination (IUI) offers a success rate of 10-20% per cycle. This makes it a highly effective treatment, and one that is much more affordable than IVF. For couples with unexplained infertility and some other fertility issues, it’s a great option. Moreover, because it’s more affordable, most families can pursue several cycles of IUI, increasing the odds of a successful pregnancy without breaking the budget. If you’ve spent some time trying to get pregnant, you already know about the two-week wait. You’ve probably spent quite a bit of time reading about pregnancy symptoms, taking early pregnancy tests, or posting your symptoms on message boards. An IUI procedure begins a new type of two-week wait -- but this time with a much higher probability of success than trying to get pregnant the old-fashioned way. If you’ve just had an IUI, you probably wonder how long till the sperm fertilizes the egg, and how long you’ll have to wait for signs of pregnancy. Here’s what you need to know.

How Long Does Implantation take after IUI?

Before explaining what happens after an IUI, let’s take a quick tour through the sex ed you might have missed in school. To get pregnant, a few things have to happen: a woman has to ovulate. The egg has to meet a viable sperm. The sperm must fertilize the egg, and the egg must then implant in the uterus. If something goes wrong at any stage of this journey, then infertility can happen. Most women ovulate about two weeks after their last menstrual period. Before beginning an IUI cycle, a doctor pinpoints the precise moment of ovulation to ensure the sperm has the best possible chances of meeting an egg. In most cases, a woman will take fertility drugs that regulate her cycle and help her produce more healthy eggs. During an IUI procedure, a doctor implants sperm directly into the uterus immediately before a woman ovulates. This greatly improves the chances of getting pregnant because the timing is ideal and the sperm does not have to make the long and difficult journey to the uterus. Because a doctor places the sperm right around the time of ovulation, sperm typically fertilizes the egg within a day or two. The precise timing depends on how long the egg lives and how quickly the sperm reaches the egg. But in almost all cases, IUI fertilization will take place in a day or two after the procedure --and sometimes just a few hours later. Sperm can live inside the reproductive tract for as long as seven days. So, if for some reason ovulation is delayed, sperm could fertilize the egg up to seven days later. This, however, is very unlikely because doctors diligently work to precisely time IUI to right before ovulation.

Implantation: The Moment of Pregnancy

Many people hoping to get pregnant mistakenly believe that fertilization begins a pregnancy. But medically speaking, a pregnancy doesn’t begin until implantation. That means that a woman won’t experience pregnancy symptoms when a sperm fertilizes the egg. Instead, symptoms begin at the moment of implantation. So what is implantation, and how long after fertilization does it happen? Implantation happens when a fertilized egg embeds itself in the lining of the uterus. This process takes, on average, about 7 days. But for some people, ovulation occurs as early as 4 days after fertilization. It can also happen relatively late in the process--10 or more days later. If the egg does not implant in the uterus, a woman will have her period. Sometimes fertilized eggs fail to implant. In healthy people, this is sometimes a random occurrence, due to sudden hormonal shifts, location where the egg attempts to implant, or a problem with the egg.

. Sometimes implantation failure happens because of an ongoing condition such as: Uterine growths such as fibroids

. Endometriosis, which can strangle the egg or make implantation difficult

. Genetic issues due to smoking, drug abuse, or a genetic abnormality that damage the egg and make implantation difficult or impossible

. Hormonal imbalances that cause a luteal phase defect

. Infections and some medications. Sometimes medications or infections change the lining of the uterus, making it more hostile to eggs. Talk to a doctor about all health conditions and medications--not just those directly related to fertility.

A doctor will assess for risk factors for implantation failure before trying intrauterine insemination. In most cases, the woman will also take hormones to ensure she produces more eggs before IUI. This increases the chances of a successful cycle.

When will I Experience Pregnancy Symptoms?

Implantation marks the medical beginning of pregnancy. When the egg implants in the uterus, it triggers a cascade of hormone changes. The body begins producing human chorionic gonadotropin (hCG), the pregnancy hormone. HCG is responsible for most early symptoms of pregnancy, including nausea, swollen breasts, dizziness, constipation, and increased hunger. HCG continues to rise for the first trimester of pregnancy. That’s why the first trimester is often the most intense in terms of pregnancy symptoms. Many pregnant women experience steadily intensifying symptoms in these early weeks. As a pregnancy develops, other factors, including the growing baby and placenta, also begin to change the body and cause symptoms. Any symptoms you experience before implantation are likely due to progesterone, which rises in the second half of a woman’s cycle.

The body doesn’t know it’s pregnant until hCG levels rise, so you won’t experience pregnancy symptoms until that time. Some pregnant women worry that if they don’t have symptoms of pregnancy, they’re not pregnant. The truth is that some people respond differently to hCG. An absence of symptoms does not mean you’re not pregnant. However, if your symptoms suddenly disappear, this could be an early warning sign of a potential miscarriage. HCG is the hormone that pregnancy tests check for. In the first day or two following implantation, hCG levels remain low. So a pregnancy test might not detect them. As levels continually double, so too do the chances of getting an early pregnancy test. Most women can get a positive test on a very sensitive pregnancy test by day 10 or 11. A few get a positive result as early as day 7 or 8, though it is rare.

What if I get a Negative Pregnancy Test?

When you’re in a post-IUI two week wait, the anticipation and anxiety can be overwhelming. You may find yourself testing multiple times a day, or scouring the Internet for pregnancy symptoms or to learn which pregnancy tests are most sensitive. If you get a negative test, it’s easy to feel disappointed and depressed. That’s why we recommend waiting until your follow-up appointment with your doctor to test. Blood tests are much more sensitive. They’re less likely to produce a false negative. They can also provide important information about exactly how far along you are and whether you are producing the right level of hCG. So don’t skip your follow-up with your doctor, even if you think your IUI cycle has failed. What if you can’t resist the temptation to take a home pregnancy test? There’s no harm in taking the test, but you might get a false negative result, especially if you take the test very early. So consider retaking the test in a few days, especially if you don’t get a period. What about false positives? These are very rare. In some cases, a person has a very early miscarriage. This is known as a chemical pregnancy. If you experience a positive test, see your doctor--even if you later begin bleeding or subsequently get a negative test.

Who Should Consider IUI?

IUI is a safe, effective, relatively noninvasive procedure. Some people choose it as a precursor to IVF. For others, IUI is the option most consistent with their values, goals, or budget. IUI may be appropriate for people who:

. Are good candidates for IVF, but who do not want to do IVF or who want to delay it as long as possible. For instance, people with budgetary concerns may want to try a more affordable procedure. Certain religions recommend against IVF since it involves fertilizing an egg outside of the body. IUI may still be allowed.

. Have sperm issues. Men with a low sperm count improve their chances with high-quality sperm implanted directly in the woman’s body. Likewise, if sperm cannot move quickly and effectively, IUI is a way to circumvent this.

. Couples with certain chemistry issues. In some couples, the pH of the vagina is hostile to sperm, either killing it or making it difficult for the sperm to travel to the egg.

. Couples in which the man has severe erectile dysfunction or cannot ejaculate. In these cases, a doctor can use a medical procedure to withdraw the sperm, and then use the sperm to fertilize the egg.

. Couples with unexplained infertility. Sometimes a number of small, undetectable problems conspire to make it difficult for the sperm to travel to the egg. IUI can help with this.

. Couples using sperm from a sperm donor who want to try something less invasive than IVF.

IUI may also be appropriate in other circumstances. For almost all infertile couples, it raises the chance of a pregnancy, so talk to your doctor about whether IUI is right for you.

Is there Anything I can do to Improve my Odds of a Successful Pregnancy?

Seeking quality infertility treatment is the very best thing you can do to improve your chances of a successful pregnancy. There’s no magic potion or pill that can help you get pregnant faster. Instead, talk to your doctor about your specific fertility issues. He or she may be able to recommend lifestyle or other changes that help. Some general tips that can improve the chances of a successful pregnancy include:

. Take a prenatal vitamin, because this can reduce the risk of neural tube defects.

. Talk to your doctor about any prescription drugs you take.

. Treat any chronic medical problems you have.

Some people find that alternative remedies, particularly acupuncture, help them get pregnant faster. The research on this is mixed, but some studies do link acupuncture to more successful IUI cycles.