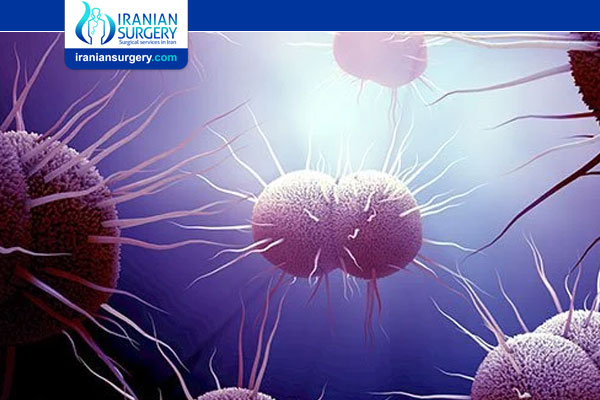 Gonorrhea is an infection caused by a sexually transmitted bacterium that infects both males and females. Gonorrhea most often affects the urethra, rectum or throat. In females, gonorrhea can also infect the cervix.

Abstaining from sex, using a condom if you have sex and being in a mutually monogamous relationship are the best ways to prevent sexually transmitted infections.

Iranian surgery is an online medical tourism platform where you can find the best surgeons in Iran. The price of Gonorrhea Treatment in Iran can vary according to each individual’s case and will be determined based on in-person assessment with the doctor.

For more information about the cost Gonorrhea Treatment in Iran and to schedule an appointment in advance, you can contact Iranian Surgery consultants via WhatsApp number 0098 901 929 0946. This service is completely free.

In many cases, gonorrhea infection causes no symptoms. Symptoms, however, can affect many sites in your body, but commonly appear in the genital tract.

Signs and symptoms of gonorrhea infection in men include:

. Pus-like discharge from the tip of the penis

. Pain or swelling in one testicle

Signs and symptoms of gonorrhea infection in women include:

. Vaginal bleeding between periods, such as after vaginal intercourse

Gonorrhea at other sites in the body

Gonorrhea can also affect these parts of the body:

. Eyes. Gonorrhea that affects your eyes can cause eye pain, sensitivity to light, and pus-like discharge from one or both eyes.

. Throat. Signs and symptoms of a throat infection might include a sore throat and swollen lymph nodes in the neck.

. Joints. If one or more joints become infected by bacteria (septic arthritis), the affected joints might be warm, red, swollen and extremely painful, especially during movement.

When to see your doctor

Make an appointment with your doctor if you notice any troubling signs or symptoms, such as a burning sensation when you urinate or a pus-like discharge from your penis, vagina or rectum.

Also make an appointment with your doctor if your partner has been diagnosed with gonorrhea. You may not experience signs or symptoms that prompt you to seek medical attention. But without treatment, you can reinfect your partner even after he or she has been treated for gonorrhea.

Sexually active women younger than 25 and men who have sex with men are at increased risk of getting gonorrhea.

Other factors that can increase your risk include:

. Having a new sex partner

. Having a sex partner who has other partners

. Having more than one sex partner

. Having had gonorrhea or another sexually transmitted infection

Untreated gonorrhea can lead to major complications, such as:

. Infertility in women. Gonorrhea can spread into the uterus and fallopian tubes, causing pelvic inflammatory disease (PID). PID can result in scarring of the tubes, greater risk of pregnancy complications and infertility. PID requires immediate treatment.

. Infertility in men. Gonorrhea can cause a small, coiled tube in the rear portion of the testicles where the sperm ducts are located (epididymis) to become inflamed (epididymitis). Untreated epididymitis can lead to infertility.

. Infection that spreads to the joints and other areas of your body. The bacterium that causes gonorrhea can spread through the bloodstream and infect other parts of your body, including your joints. Fever, rash, skin sores, joint pain, swelling and stiffness are possible results.

. Increased risk of HIV/AIDS. Having gonorrhea makes you more susceptible to infection with human immunodeficiency virus (HIV), the virus that leads to AIDS. People who have both gonorrhea and HIV are able to pass both diseases more readily to their partners.

. Complications in babies. Babies who contract gonorrhea from their mothers during birth can develop blindness, sores on the scalp and infections.

To reduce your gonorrhea risk:

. Limit your number of sex partners. Being in a monogamous relationship in which neither partner has sex with anyone else can lower your risk.

. Be sure you and your partner are tested for sexually transmitted infections. Before you have sex, get tested and share your results with each other.

. Consider regular gonorrhea screening. Annual screening is recommended for sexually active women younger than 25 and for older women at increased risk of infection. This includes women who have a new sex partner, more than one sex partner, a sex partner with other partners, or a sex partner who has a sexually transmitted infection.

Regular screening is also recommended for men who have sex with men, as well as their partners.

To avoid getting gonorrhea again, abstain from sex until after you and your sex partner have completed treatment and after symptoms are gone.

To determine whether you have gonorrhea, your doctor will analyze a sample of cells. Samples can be collected by:

. Urine test. This can help identify bacteria in your urethra.

. Swab of affected area. A swab of your throat, urethra, vagina or rectum can collect bacteria that can be identified in a lab.

For women, home test kits are available for gonorrhea. They include vaginal swabs for self-testing that are sent to a specified lab for testing. You can choose to be notified by email or text message when your results are ready. You can view your results online or receive them by calling a toll-free hotline.

Testing for other sexually transmitted infections

Your doctor may recommend tests for other sexually transmitted infections. Gonorrhea increases your risk of these infections, particularly chlamydia, which often accompanies gonorrhea.

Adults with gonorrhea are treated with antibiotics. Due to emerging strains of drug-resistant Neisseria gonorrhoeae, the Centers for Disease Control and Prevention recommends that uncomplicated gonorrhea be treated with the antibiotic ceftriaxone — given as an injection — with oral azithromycin (Zithromax).

If you're allergic to cephalosporin antibiotics, such as ceftriaxone, you might be given oral gemifloxacin (Factive) or injectable gentamicin and oral azithromycin.

Babies born to mothers with gonorrhea who develop the infection can be treated with antibiotics.

What is the outlook for people with gonorrhea?

People who get prompt treatment and follow their treatment instructions carefully can return to normal activity. However, untreated gonorrhea can lead to health complications and even death.

What happens if I got gonorrhea, and I’m pregnant?

Talk to your healthcare provider. You can pass the infection to your baby during delivery, which can cause health problems for the baby, including blindness. Your provider will help you get the right testing and treatment to keep you and your baby safe.

When can I have sex after gonorrhea treatment?

Your healthcare provider will give you instructions about when you can resume your sex life. Typically, you need to wait at least a week after finishing all your medications before having sex.

How can I take care of myself?